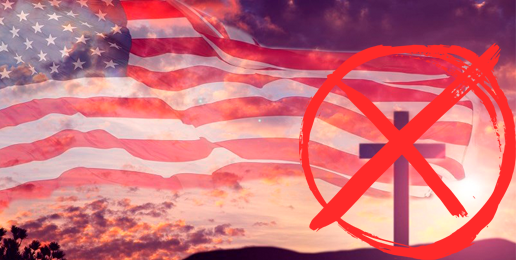 The Hollywood actress Ellen Page has appeared in over two dozen movies. But if you congratulate her for being a successful actress you could get into trouble. You see, Ms. Page has decided that she is actually a man.[i] Now it is Mr. Page, and in some locales saying “Ms. Page” is considered “misgendering hate speech.” Misgendering people in Norway,[ii] Scotland,[iii] Canada[iv] – or even New York[v] – could put you behind bars.

Hate speech is just one argument against the freedom of speech and being able to act on your beliefs. This article examines just the hate speech issue. Other articles examine “cancel culture,” Black Lives Matter, and interacting with a culture that wants to de-person you (think Facebook and Twitter).

This article claims the following:

What is hateful about these statements?

What is hateful about them is actually…nothing.

But there are groups of people pierced by the message that “the Emperor has no clothes!” These groups cry “foul!” because telling the truth makes them feel sad, and makes them feel insecure about their carefully spun unrealities.

“The question is NOT whether it is TRUE that trans women are “men” with “male privilege”.  … The question IS whether saying that trans women are “men” or “male” is reasonably thought of as showing seriously hostile psychological intentions or motives: to harass, distress, alarm, threaten, and so on. This is really important, in a way that goes way beyond Miller’s case, because we are told all the time that “rejecting someone’s gender identity” or “misgendering” is evidence of hate — that is, talking of their sex in a way which conflicts with their gender identity.”[vi]

So telling the truth becomes hateful because it reminds them that they’re not really godlike, and reality isn’t whatever they say it is.

Why is it that telling the truth is considered to be offensive? It starts with God, who hates homosexual activity. We see in the Old Testament and New Testament condemnation of its acts, and doom for those who don’t repent of it.[vii] Ditto for transgender behavior.[viii] Just to be clear about what this hateful transgenderism is:

The subject of transgenderism, includes, specifically, “Trans-sexuality, cross-dressing,” and seeking “gender identity development,” i.e., physical identity through radical surgeries, and hormone treatment; and, more broadly, “gender atypicality” that includes “myriad subcultural expressions of self-selecting gender,” and “intersectionality” with other “interdependence” movements, i.e., feminism, homosexuality. The idea of transgenderism has its roots in the primordial rebellion of humankind to the creation order of God. [ix]

It is obvious that if society is to have unquestioned acceptance of homosexuality, and of things they covet like same-sex marriage and “choose your gender” education in grade schools, then Christian opposition must be removed. This naturally leads to the political and cultural conflict we’re experiencing.

Activists have tried to shame Christians into silencing themselves. One argument is this:

“Calling homosexuality a sin is an affront to your fellow citizens. It disparages the fundamental ideals of our country and ignores the teachings of Christ. It’s disgusting behavior without justification. Religious groups do not have a right to sow the seeds of hatred within our communities. They should be working towards harmony, unity, and love. In the United States nobody is above the law, and our laws say you cannot discriminate against anyone because of their sexual orientation.”[x]

We’re asked, even expected, to redefine Christianity into a cosmic Welcome Wagon:

“The whole point of religion is to strengthen the bonds of harmony within all humankind, not encourage discord or incite violence.”[xi]

The constant message of “disagreement is hate” would redefine Christianity, preferring it to become yet another devotion to the divinity of Man. To these proponents it is either us or them. And they can win over society if nobody – especially Christians – fight back.

The Constitution protects you against claims of hate speech… for now

What about Christians who refuse to shut up? Isn’t what they say illegally hateful? When judging a speech, or an article, for being hateful, what standard should be used? The Cambridge dictionary defines “hate speech” as “public speech that expresses hate or encourages violence toward a person or group based on something such as race, religion, sex, or sexual orientation.” [xii]

This definition involves a lot of hand waving. A more pointed statement comes from German Chancellor Angela Merkel, who recently said that free speech has its limits:

Those limits begin where hatred is spread. They begin where the dignity of other people is violated. This house will and must oppose extreme speech. Otherwise, our society will no longer be the free society that it was. [xiii]

In Europe the only allowed speech is government-approved speech. A commentator has said,

Such speech controls in Europe have led to a chilling effect on political and religious speech. In their homes, people will often share religious and political views that depart from majoritarian values or beliefs. This law would regulate those conversations and criminalize the expression of prohibited viewpoints.[xiv]

But the American view aligns with what George Washington told us:

For if Men are to be precluded from offering their Sentiments on a matter, which may involve the most serious and alarming consequences, that can invite the consideration of Mankind, reason is of no use to us; the freedom of Speech may be taken away, and, dumb and silent we may be led, like sheep, to the Slaughter. [xv]

The U.S. Constitution agrees with Washington’s views. There is no Constitutional definition of, or limitation for, hate speech. The U.S. Supreme Court has ruled that way many times over the years.[xvi] It ruled that even the “American Nazis” and the Ku Klux Klan had free speech rights. In a U.S. Supreme Court case involving the Communist Party, Justice Hugo Black wrote in his dissenting opinion:

I do not believe that it can be too often repeated that the freedoms of speech, press, petition and assembly guaranteed by the First Amendment must be accorded to the ideas we hate or sooner or later they will be denied to the ideas we cherish.[xvii]

The U.S. Constitution protects free speech, but that doesn’t stop politicians and activists. They hope that if they enact a facially unconstitutional law that maybe the courts will actually uphold it. After all, supposedly, “the Supreme Court follows the election returns.”[xviii] And if the Court doesn’t yield the desired results, there is always “court packing.”

It was quoted again when the U.S. Supreme Court began ruling that Franklin Roosevelt’s New Deal programs were unconstitutional. Since the Democrats had a huge majority in Congress, Roosevelt began talking about “packing the court” by naming additional justices. He didn’t do it, but suddenly the U.S. Supreme Court began to see its way clear to allow the New Deal to continue.[xix]

This session of U.S. Congress saw the Equality Act (HR 5), which would enact into federal law a lot of the homosexual and transgender agenda, hijacking the debate before this culture war has come to a conclusion. The bill may as well be called the “Criminalizing Christianity Act.”[xx] It enshrines transgenders in women’s facilities, codifying transgenders into non-discrimination of the Civil Rights laws, and many other things. But the screw top lid on this jar of bad gifts is how it tries to ban dissent to its provisions.

Incredibly, perhaps attempting to counteract any future court rulings on the issue, the “Equality Act” specifically states that religious freedom may not be used as a defense under the bill. And the legislation applies to churches, religious schools, religious hospitals, religious employers, gathering places, sports, all government entities, and more.[xxi]

This “Equality Act” will be introduced again in the next session of Congress. It stands a good chance of being enacted. If it becomes law, then perhaps the courts will strike it down. Perhaps they won’t. But even while the legal battles go on, everyone – not just Christians – will have to abide by its provisions or suffer great loss.

The Christian obligation to influence culture and instruct our rulers

God wants His people, His church, to influence American culture and society. In summary:

Christians are also compelled to speak in a prophetic role to our representatives, appointees, and judges. These officials are “servants of God” (Romans 13:6), whether they like it or not.

For rulers are not a cause of fear for good behavior, but for evil. Do you want to have no fear of authority? Do what is good and you will have praise from the same; for it is a minister of God to you for good. But if you do what is evil, be afraid; for it does not bear the sword for nothing; for it is a minister of God, an avenger who brings wrath on the one who practices evil. (Romans 13:4-5)

By accepting their offices, these people are charged by God to approve good and hinder evil. But how will they know what good and evil are unless Christians instruct them? Topic by topic, the corporate church, as well as Christian individuals, must instruct them and encourage them to do right by God. Who better than God’s people to tell them about God’s requirements?

A Christian response to this hate speech assault

The homosexual and transgender communities have become bold, rebelling against God and reality. When Christians mute themselves for fear of “hate speech,” society hears the sounds of cultural consensus. How do we set things right again, especially before it becomes effectively illegal to oppose evil things like the Equality Act? We ought to resume the duties God gives to His church.

In other words, we should resume the tasks we should have always been doing. It isn’t that these tasks are a losing idea. Rather, they were found hard, or presumed unnecessary, and were abandoned.

Finally, we must pray that God confounds our enemies. Each day that they don’t succeed, that we don’t see evils enacted like the Equality Act, is another day closer to transforming American society into a God-honoring one.

[i] Cotrinski, Jennie, Ellen Page Comes Out As Transgender, Chicks on the Right, December 1, 2020, https://www.chicksonright.com/blog/2020/12/01/ellen-page-comes-out-as-transgender/

[vii] What does the New Testament say about homosexuality?, Got Questions, https://www.gotquestions.org/New-Testament-homosexuality.html

[viii] Milton, Dr. Michael A., What the Bible Says about the Idea of Transgenderism, Bible Study Tools, February 6, 2020,  https://www.biblestudytools.com/bible-study/topical-studies/what-the-bible-really-says-about-transgenderism.html

In this address, General Washington responded to a petition that apparently encouraged officers to mutiny over back pay. Washington reminded them that freedom of speech was one of the things they were fighting for.

[xxiii] Bradley, Michael, In the World – But Not of the World, Bible Knowledge, December 18, 2020, https://www.bible-knowledge.com/in-world-not-of-it/