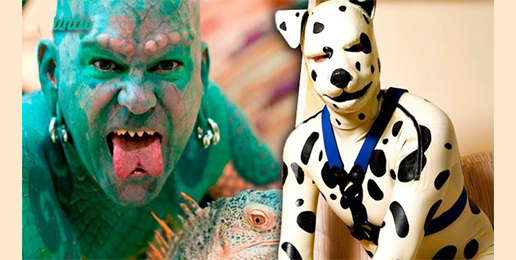 Twenty years ago, Christian leaders warned the church in America of the “slippery slope” that we were descending. Homosexuality was becoming more accepted and the gay community was demanding tolerance. Leaders like Dr. James Dobson and Franklin Graham warned us then that the outright acceptance of sin would lead to tolerance for other types of abominations. Academics, politicians, and advocates of homosexuality all insisted that tolerance of the LGBTQ+ community would not lead to other non-traditional lifestyles. These advocates decried the “slippery slope” theory as a fallacy. Fast forward to 2021, and the truth of the descent of morality is becoming clear. The church has dealt with not only homosexuality but now is facing problems with the expanding sexual, gender, and species dysphoria of transexuals, “furries,” “therians,” and “otherkins.”

Many likely have never heard of furries, therians, and otherkins. Furries are individuals that identify as an animal, frequently a cat, dog, or wolf. People identifying as a furry will dress up in animal ears and tails and act like that animal in their everyday life. Therians claim to have the spirit of an animal trapped in their human bodies. Otherkins typically claim to identify as something more mystical like elves, dragons, or vampires. As bizarre as all this may sound, it is spreading and becoming a commonplace occurrence in our schools.

At the beginning of this school year, the Meade County School District in Kentucky had a large group of students dressing and acting like animals. Their behavior included hissing, barking, growling, and pretending to scratch others. It became such a disruption that a petition was created and signed by over 1,000 people to force the school to prohibit the practice.

Kentucky, however, is not the only place where this is occurring. In Twins Falls, Idaho, parents complained of teens acting like animals and disrupting class. The school district denied any knowledge of the behavior. Parents in several other states have had similar reports of this behavior, and the schools are doing nothing to address the problem. Parents of children in one Iowa school have even claimed that a girl requested a litter box in the girl’s restroom. The school district has denied the claim.

Public school districts have already proven they lack transparency and are willing to tolerate any abhorrent behavior. In 2018 a blog for school counselors published a post entitled “Making a Safe Place for Students Who Identify as Furries, Therians, and Otherkins.” The author states that these students are five times more likely to be homosexual and seven times more likely to be transexual. They also recognize that students claiming to be furries, therians, or otherkins may suffer from isolation, depression, and anxiety, but never state that the identity the students are creating may directly correlate to the psychological problems they are exhibiting. Instead, the author claims the lack of tolerance and acceptance causes emotional difficulties.

The blog encourages school counselors to be supportive and to prevent others from bullying the students. Although I agree we should not promote bullying, the school counselors that accept this type of behavior are doing a great disservice to these children. They are creating a false reality in which a person can do anything without repercussions. As a result of this accepted behavior, our society is yet again slipping further down the slope of moral decline.

It is time for parents, churches, and Christians to rise up and declare that not everything is acceptable, and disruptive and repugnant behavior will not be tolerated. Believers are called to show love and mercy; however, the secular world has defined that mercy as tolerance. Christians must put into practice what the Word tells us in Proverbs 28:13:

“He who conceals his sins does not prosper, but whoever confesses and renounces them finds mercy.”

Our job as Christians is not to idly sit by as these misled children suffer in their confusion. It is our job to love them to Christ and reveal their sin so they may confess and renounce evil, and therefore find mercy.

Christian parents first and foremost must protect their children, and this means renouncing the government-run schools that not only allow sin to run rampant but encourage sinful behaviors. As good stewards of our tax dollars, including the funding of our local public schools, we all should be demanding that the school board address these problems with dress and behavior codes that all students must follow. It is long past time for churches to become more directly involved in these students’ lives. Today’s children are desperate for guidance and love, often lacking two-parent homes and seeking attention from any avenue. Our churches should be the first place they think of for that love. It is time to draw a line in the sand and stand against the slippery slope of immorality in our public schools.