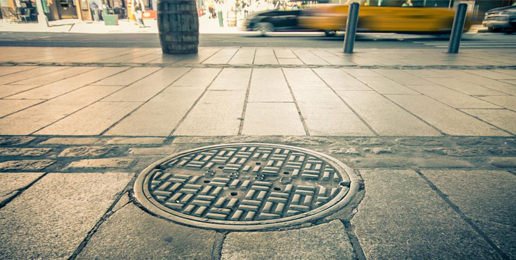 This may be my favorite story of the year.

It may just be my own personal observation, but for years I’ve felt that conservatives and liberals have two very different, but equally debilitating challenges.  Who wins at the ballot box almost unfailingly hinges upon which can overcome their respective dilemma.

For conservatives, it’s being able to effectively articulate the ideals of conservatism in the face of a hostile and unfairly antagonistic media climate.

For liberals, it’s being able to effectively untether themselves from the historical calamities of left-wing policy and convince voters this time it will be different.

Though Donald Trump is hardly a conservative, his ability to campaign aggressively against the media itself, combatively swatting all the standard tactics it employs against Republican candidates obviously paid huge dividends.  Can he do it again?

That may depend largely upon how well he can tie the utter buffoonery of left-wing state and municipal leadership to his eventual opponent.  For instance, one of the most notoriously left-wing areas of the country is Berkeley – a city on the east shore of San Francisco Bay.  Recently, the liberals leading that city took action to…well, here, you read it yourself:

Berkeley, California, has adopted an ordinance to replace some terms with gender-neutral words in the city code.  The San Francisco Chronicle reports Wednesday that “she” and “he” will be replaced by “they.” The words “manpower” and “manhole” will become “workforce” and “maintenance hole.”  The City Council on Tuesday unanimously passed the measure to replace more than two dozen commonly used terms. There will be no more “craftsmen” in city code, only “craftspeople” or “artisans.”

That’s plenty annoying enough.  But when you consider this is the same region of the country that has this:

It’s an empirical fact: San Francisco is a crappier place to live these days. Sightings of human feces on the sidewalks are now a regular occurrence; over the past 10 years, complaints about human waste have increased 400%. People now call the city 65 times a day to report poop, and there have been 14,597 calls in 2018 alone. Last year, software engineer Jenn Wong even created a poop map of San Francisco, showing the concentration of incidents across the city. New mayor London Breed said: “There is more feces on the sidewalks than I’ve ever seen growing up here.” In a revolting recent incident, a 20lb bag of fecal waste showed up on a street in the city’s Tenderloin district.

While city statistics show a dramatic reduction in large tent encampments around San Francisco and a significant increase in shelter beds in the past six months, people like [homeless man John] Constantine still find themselves scattering into neighborhoods like the Castro looking for refuge. And the citywide improvements have done little to ease the problem for residents and merchants, who say they remain frustrated with homeless people sleeping outside their stores and homes.

Tent cities, human feces in the streets, homeless people sleeping in people’s doorways or business entryways, and liberal leaders are taking action to what?  To make a policy where everyone has to say “maintenance hole” instead of “manhole.”

If clarity is the right’s biggest problem, competence is the left’s.