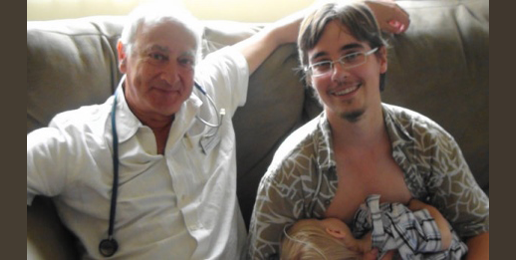 Fabulist: a liar or someone who invents and tells dishonest stories

(*CAUTION: Not for younger readers*)

Perhaps you’ve been living in the real world—and by real, I mean the world that actually exists, where actual science matters, where language exists that corresponds to objective phenomena, where truth is valued more than subjective feelings, and where life is yet enveloped in a cozy blanket of freedom.

Because of your immersion in reality, perhaps you’ve been blissfully unaware that an alternate ontological, epistemological, teleological, and moral universe has sprung up in our midst. Let’s call it Wonderland. No, that’s too much fun. Let’s call it Oceania. Oceania has its own language whose purposes are to obfuscate reality and compel linguistic, political, social, and religious obeisance to the gods of sexual deviance who now rule. That language is Newspeak.

While you’ve been living relatively peaceful lives suffused with liberty and reality, you may have felt some disturbances in the created universe that you dismissed as kind of icky but ultimately trivial. I mean, that’s what our political leaders—always the founts of wisdom—keep telling us abut the so-called “social issues.”

Well, prepare for the incursion. Dark unreality is poised to break through in ways so profound that your comforting blankets of freedom will be torn asunder.

A recent piece in the formerly respectable The Atlantic illustrates the idiocy of leftist journalists who have packed up their computers and moved lock, stock, and poison pens to Oceania. The article titled “What it’s Like to Chestfeed” and subtitled “The many obstacles trans men and other transmasculine people run into when feeding infants” is infused with delusional, deceitful leftist rhetoric itself informed by anti-science leftist ideology.

The article profiles a chemically induced bearded lady who mutilated her body in a futile effort to convince herself and the world that she is in reality a man. This woman, “Trevor” MacDonald, is legally married to a man. She’s had a double-mastectomy, which removed milk ducts and glandular tissue, but she left her nether region and internal female organs intact. In 2010, she stopped taking testosterone so that she and her husband who “identifies” as “gay” could have children the old-fashioned way. She and her husband now have two children, a 5-year-old and an 18-month-old. Here’s an excerpt from the deceitful Atlantic article:

When Trevor MacDonald started chestfeeding about five years ago, he didn’t know anyone who had attempted it, nor had any of his doctors ever encountered someone who had. In fact, he was shocked that his body could even produce milk. As a trans man—someone who was assigned female at birth but has transitioned to identifying as male—he was born with the mammary glands and milk ducts required for lactation, but he’d had his breasts removed.

Ms. MacDonald has written a book titled Where’s the Mother?: Stories from a Transgender Dad  that Buzzfeed says offers “insight into what it was like for MacDonald to be both male and pregnant.” Her book has also been positively reviewed by the non-credible Publisher’s Weekly, which describes it as a “refreshing and insightful narrative,” that details “circumstances that…challenge his privilege.”

Ms. MacDonald was also instrumental in forcing a change to the La Leche League’s policy on leadership requirements. When Ms. MacDonald originally applied to be a leader, La Leche responded,  “Since [a La Leche League Canada] leader is a mother who breastfed a baby, a man cannot become an LLLC leader. This enraged the homosexual and sex-rejecting communities.

Ms. MacDonald was not yet done with her science-denying pursuits. Her next effort involved using the money of hardworking Canadian taxpayers to conduct a pseudo-scientific study. The Atlantic, while referring to the scientifically female MacDonald as “he,” calls her study “a scientific approach.” Apparently The Atlantic doesn’t see the irony. Here’s The Atlantic’s description of Ms. MacDonald’s study:

He teamed up with a diverse group of lactation experts, nurses, midwives, and researchers to publish “Transmaculine individuals’ experiences with lactation, chest feeding, and gender identity,” a study that was funded by a grant from the Canadian Institute of Health Research….It’s a qualitative attempt at defining the internal and external difficulties transmasculine people face when chestfeeding.

The study recruited 22 participants who self-identified as transmasculine and who either were or had been pregnant. MacDonald and his team interviewed these participants about their experiences, and analyzed the conversations “with a goal of describing and interpreting patterns and themes that emerged,” in the study’s words. It’s an approach that’s community-based and trans-led. [emphasis added]

I can just imagine the chortles of laughter from real scientists reading this description of Ms. MacDonald’s “scientific” study. Evidently anticipating potential push-back from real scientists, another of the study’s authors defended their research study. Again from The Atlantic:

Alanna Kibbe, a registered midwife out of Toronto, Ontario…explains this approach by contending that “the wisest people in a community who can speak for it are those people living in the community and with lived experience, not the person with the most degrees or years of clinical practice.

No need for any pesky science degrees when employing a “scientific approach.” No siree, all that’s needed is a smidge of wisdom and a dollop of “lived experience.”

Kibbe does have some advice derived from her and Ms. MacDonald’s “scientific” research. She urges the use of Newspeak:

Kibbe…is urging care providers to….educate themselves about terminology that is gender neutral, as opposed to the gendered-female language that currently dominates lactation support.

The Fourth Estate, having moved to Oceania, refers to women who have given birth as “men” and breastfeeding as “chestfeeding.” Clearly, the untethering of journalism from reality means journalists are no longer using their noggins, and the ideas they promote are phantasmagorical at best. So I, while still inhabiting a shrinking corner of reality, will refer to mainstream journalists as fabulists and their untruths as fanny-fancies.