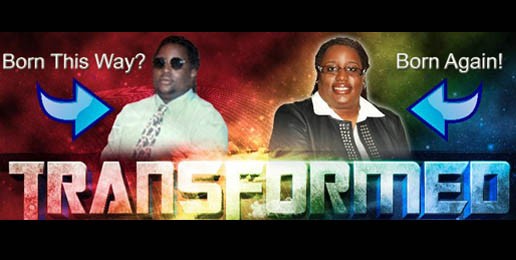 It is the opinion of some that the ex-gay movement is dead or near death following the cowardly retreat of Exodus International. I am here to declare emphatically that nothing could be further from the truth. Ex-homosexuals are more focused and more determined than ever to ensure our message is transmitted globally to the ears and hearts of homosexuals everywhere.

Many have concluded that because many homosexual transformations include setbacks (as virtually all change from sin to rejection of sin does), they should all be viewed as utterly fallacious. I disagree.

There are ex-homosexuals, including me, whom God has freed from the bondage of homosexuality, and we have remained free of this sexual sin since our conversion. There is a concerted effort to suppress our testimonies in hopes that we will go away. But we will not go away until every person who desires to be free of homosexuality knows there is a way of escape. The way is Jesus the Christ. He is The Way, The Truth, and the Life (John 14:6).

The homosexual community would love for everyone to believe that homosexuality is the one thing in all of life’s experiences that has absolutely no exit. How ridiculous. The conversions of alcoholics, drug addicts, gamblers, fornicators, porn addicts, and adulterers are never disputed or challenged. When someone exits homosexuality, however, they are not merely challenged; they are maligned and rejected as liars from the community that preaches acceptance and tolerance.  While the homosexual community accepts the transformation from heterosexuality to homosexuality as truthful and morally legitimate, they reject any transformation in the other direction and the value of chastity for those who never experience heterosexual attraction. How is that possible?

It is possible because they believe that we have stuffed our fingers in our ears and covered our eyes so we cannot hear or see the double-standard and the preposterous rhetoric they spew in their speeches.

Alan Chambers said of Exodus International, “We’ve ceased to be a living, breathing organism.”  Although vitality seems to have escaped Alan Chambers and Exodus International, the ex-gay movement is a living, breathing organism because of the life-giving power of the Holy Spirit, and we have the testimonies of others to confirm the fact that God is transforming and converting homosexuals into ex-homosexuals because He loves us.

I am reminded of the story in 1 Kings when the prophet Elijah thought he was the only one left. God reminded Elijah that He had over seven thousand people who had not bowed their knees (succumbed to the pressure to conform). As a member of the ex-gay community, I shout at the top of my lungs that even though Exodus International bowed out of the fight after over three decades of positively affecting lives, the ex-gay community is not weakened, confused, shaky, or capitulating. Our message will not change because God does not change.  Homosexuality is sin. God disapproves of it, but He made a way of escape through His Son Jesus Christ.

Ex-gays are here, we are involved, and we will not quit.

Editor’s Note:  Help Linda spread her powerful testimony of deliverance from homosexuality (19 years) by supporting her effort to distribute her new DVD and book nationally.  People need to hear the truth:  Homosexuality is a behavior that can be changed.  Click HERE to learn more and/or support her work.