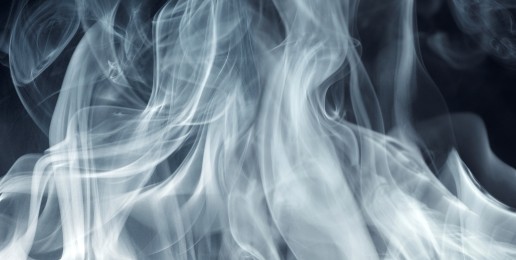 Impossible to Believe: The Endgame of Secularism

In his important Massey Lectures delivered in 1991, Canadian philosopher Charles Taylor spoke of The Malaise of Modernity. The Modern Age, he argued, is marked by two great intellectual moves. The first intellectual move is a pervasive individualism. The second is the reduction of all public discourse to the authority of instrumental reason. The rise of modern individualism came at the cost of rejecting all other moral authorities. “Modern freedom was won by our breaking loose from older moral horizons,” Taylor explains. This required the toppling of all hierarchical authorities and their established moral orders. “People used to see themselves as part of a larger order,” he observed. “Modern freedom came about through the discrediting of such orders.”

The primacy of instrumental reason means the elimination of the old order and its specifically theological and teleological moral order. As Taylor explains:

No doubt sweeping away the old orders has immensely widened the scope of instrumental reason. Once society no longer has a sacred structure, once social arrangements and modes of action are no longer grounded in the order of things or the will of God, they are in a sense up for grabs. They can be redesigned with their consequences for the happiness or well-being of individuals as our goal.[1]

More recently, Taylor has written the greatest work yet completed on the secular reality of our times. In A Secular Age, he describes three successive sets of intellectual conditions. In the first, associated with the Premodern Age of antiquity and the medieval synthesis, it was impossible not to believe. There was simply no intellectual alternative to theism in the West. There was no alternative set of explanations for the world and its operations, or for moral order. All that changed with the arrival of modernity. In the Modern Age it became possible not to believe. A secular alternative to Christian theism emerged as a real choice. As a matter of fact, choice now ruled the intellectual field. As Peter Berger famously observed decades ago, this is the “heretical imperative,” the imperative to choose one’s worldview. The third set of intellectual conditions is identified with late modernity and our own intellectual epoch. For most people living in the context of self-conscious late modernity, it is now impossible to believe. That means, especially in terms of the intellectual elites and the culture formative sectors of society, theism is not an available worldview—if not personally, then at least culturally.

Significantly, Taylor pinpoints this unbelief as a lack of cognitive commitment to a self-existent, self-revealing God. Secularization is not about rejecting all religion. Taylor urges that people in the current hyper-secularized culture in America often consider themselves to be religious or spiritual. Secularization, according to Taylor, is about belief in a personal God, one who holds and exerts authority. He describes the secular age as deeply “cross-pressured” in its personal experience of religion and rejection of the personal authority of God.[2] The issue is binding authority.

Christians are the intellectual outlaws under the current secular conditions. Entering a discussion on the basis of a theistic or theological claim is to break a cardinal rule of late Modernity by moving from a proposition or question to a command and law and authority and to do so in the context of a culture now explicitly secularized, and a culture that either reduces such claims to something below a genuine theistic claim or rejects them tout court. Secularization in America has been attended by a moral revolution without precedent and without endgame. The cultural engines of progress driving toward personal autonomy and fulfillment will not stop until the human being is completely self-defining. This progress requires the explicit rejection of Christian morality for the project for human liberation.

The story of the rise of secularism is a stunning intellectual and moral revolution. It defies exaggeration. We must recognize that it is far more pervasive than we might want to believe, for this intellectual revolution has changed the worldviews of even those who believe themselves to be opposed to it. Everything is now reduced to choice, and choice is, as Taylor reminds us, central to the moral project of late modernity, the project of individual authenticity.

As he explains this project: “I am called upon to live my life in this way, and not in imitation of anyone else’s life. But this notion gives a new importance to being true to myself. If I am not, I miss the point of my life; I miss what being human is for me.”[3]

The pressing question is this: can any sustainable moral order survive this scale of intellectual revolution? We hear in the today’s intellectual and ideological chorus the refrains of Karl Marx’s threat and promise as stated in The Communist Manifesto: “All that is solid melts into air.” The melting is everywhere around us.

This is the third article in a four part serious.
Part 1  —  Part 2

Dr. R. Albert Mohler Jr.
Dr. R. Albert Mohler Jr., serves as president of The Southern Baptist Theological Seminary – the flagship school of the Southern Baptist Convention and one of the largest seminaries in the world. Dr. Mohler has been recognized by such influential publications as Time and Christianity Today as a leader among American evangelicals. In fact, Time.com called him the “reigning intellectual of the evangelical movement in the U.S.” In addition to his presidential duties, Dr. Mohler hosts two programs: “The Briefing,” a daily analysis of news and events from a Christian worldview; and “Thinking in Public,” a series of conversations with...
Full bio and more from Dr. R. Albert Mohler Jr.
b
a
x
r