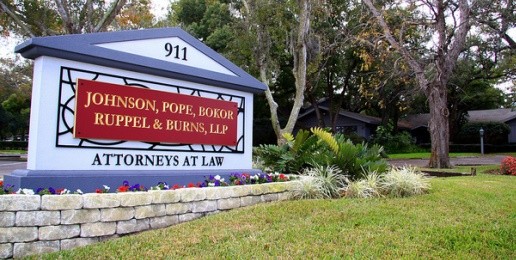 The urgent battle to defend and preserve marriage in Illinois is heating up in Illinois and is being watched with feverish interest by homosexual activists and their ideological allies throughout the country (Click HERE to read what the powerful Washington D.C.-based Human Rights Campaign is doing).

As evidence that “progressives” outside Illinois are watching Springfield, here is an email IFI received late last week from a Tampa, Florida attorney, followed by my response. It’s my hope that this exchange may help others in their discussions about marriage with friends, neighbors, colleagues, and lawmakers—which we should all be having:

Do you realize that U.S. citizens are not required to be religious, let alone Christian?

Do you realize “traditional marriage” was polygamy and trading women for property?

I have two friends in Chicago who want to get married.  They are gay.  I am 100% in favor of that.

The term “traditional” is imperfect in that not all past (i.e., traditional) marital customs were sound, right, or good. As most readers understand, when we use “traditional,” we are referring to the most enduring, cross-cultural, and inherent feature of marriage: sexual complementarity. We are also fully aware that polygamy has been legal in some countries at different times in history. A better term would be “natural marriage” or “true marriage.”

If, as “progressives” assert, marriage has no inherent connection to either sexual complementarity or reproductive potential, and is constituted merely by the presence of love, why the magic number two? Why should the government prohibit the legal recognition of polyamorous unions as marriages? Are polyamorists being denied their equal rights? Why should the government prohibit two brothers who love each other from marrying? And why not recognize platonic friendships as marriages?

The government has no vested interest in the feelings of those seeking to marry. There is no government interest in promoting, recognizing, or affirming love between two people (homosexual or heterosexual)—never has been, never will be.

The government is involved in marriage because the sexual union of one man and one woman is the type of union that produces children (whether every union can or will produce children is irrelevant to the government). And the government has a vested interest in protecting the needs and rights of children. If humans did not procreate sexually, there would be no such thing as government-recognized/regulated marriage.

From your peculiar question regarding whether we are aware that U.S. citizens are not required to be either religious in general or Christians, I have to assume you’ve read virtually nothing of what I’ve written about marriage because the reasons given in my articles for defending marriage as inherently sexually complementary are secular and logical—not religious.

If marriage were solely a religious institution or practice, like Communion, the assumption embedded in your question would make more sense. But marriage is both a religious ritual or sacrament and a civil institution that directly affects the public good and necessitates and justifies government involvement.

I don’t see the relevance of your friendship with a homosexual couple to the question of what marriage is or why the government is involved. If I knew a father and daughter who were in love and committed to spending their lives together, my view of the importance of the criterion regarding blood kinship would not change. And recognizing homosexual unions as “marriages” is far more radical a redefinition of marriage than would be recognizing incestuous heterosexual unions as marriages.

One final question: Do you believe that children have an inherent, unalienable right to be raised whenever possible by their biological mother and father?

With all due respect, I am continually surprised by the poor thinking of so many attorneys who are trained to think logically and base arguments on reason and evidence rather than feelings. I have asked multiple “progressive” attorneys this question: Why should marriage be limited to two people? No response. I have asked if children have a right to be raised by their biological parents. No answer. Not even a bad answer. Frankly, I don’t sense that many of our leaders or pundits on either the Left or Right are thinking deeply, logically, or philosophically about the implications of this radical redefinition of marriage. We’re an intellectually lazy, morally degenerate, self-centered culture. And it’s children and the First Amendment that will suffer.

We frequently hear that the views of many Americans, including elected leaders like U.S. Senator Rob Portman (R-Ohio) or Illinois State Representatives Ed Sullivan (R-Mundelein) and Ron Sandack (R-Westmont), on the issue of marriage are shaped by the knowledge that someone they love experiences same-sex attraction. It’s passing strange that so many Americans base their moral convictions on the feelings and behavioral choices of friends and loved ones. By that dangerous moral reasoning, we should abandon virtually all moral proscriptions since all moral proscriptions arise precisely because there are people (including people we love) who experience powerful, seemingly intractable feelings to engage in the proscribed behavior.

Conservatives should care more about protecting marriage than the Left does in destroying it.  To demonstrate our investment in marriage, we must extricate ourselves from our self-imposed moral paralysis. The consequences of our unconscionable acquiescence to the feckless voices of the Left are perilous. In order to indulge our fear and intellectual laziness, we’re even willing to bequeath to our children and grandchildren an America with religious and speech protections as well as children’s rights in tatters. We’re willing to teach our children by example to conform to evil and rationalize it as love.

For those of you who attend churches whose leaders rationalize cowardly, unbiblical inaction by claiming that the church has no business being involved in political issues (including, apparently, even political issues that are also biblical issues), ask them this question:

If a bill were pending in Springfield that would legalize slavery and which was very close to passing, would you still refuse to speak and act publicly?

If they answer that they would remain silent, perhaps it’s time to find a new church.