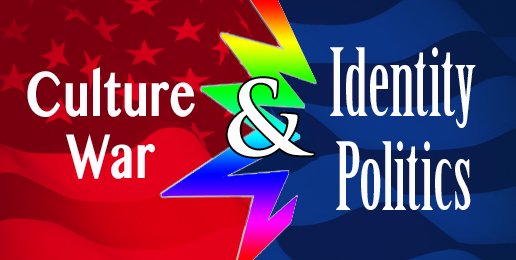 The Culture War Is Not Over: Leftists Fight Over Identity Politics
Written By John Biver   |   10.02.17
PRINT

Salon isn’t the only place on the political left to find critics of I.D. politics. Last November, Mark Lilla, a professor at Columbia wrote an op ed that ran in the New York Times titled, “The End of Identity Liberalism.” Here was his opening:

It is a truism that America has become a more diverse country. It is also a beautiful thing to watch. Visitors from other countries, particularly those having trouble incorporating different ethnic groups and faiths, are amazed that we manage to pull it off. Not perfectly, of course, but certainly better than any European or Asian nation today. It’s an extraordinary success story.

But how should this diversity shape our politics? The standard liberal answer for nearly a generation now has been that we should become aware of and “celebrate” our differences. Which is a splendid principle of moral pedagogy — but disastrous as a foundation for democratic politics in our ideological age. In recent years American liberalism has slipped into a kind of moral panic about racial, gender and sexual identity that has distorted liberalism’s message and prevented it from becoming a unifying force capable of governing.

So, Lilla writes, “the age of identity liberalism must be brought to an end.”

The “fixation on diversity in our schools and in the press has produced a generation of liberals and progressives narcissistically unaware of conditions outside their self-defined groups,” he adds. Ouch. Trigger alert!

At the level of electoral politics, Lilla says, “identity liberalism has failed most spectacularly, as we have just seen. National politics in healthy periods is not about ‘difference,’ it is about commonality.”

Why is this series about identity politics running at the Illinois Family Institute’s website? Because those who have been running up the white flag of surrender in the “culture war” should pull down that flag immediately.

Professor Lilla’s article attracted a good bit of attention on both the left and the right.

Here was Rich Lowry writing at the National Review:

A recent essay in the New York Times elegantly diagnosed the problem and inadvertently illustrated it. Mark Lilla, a professor at Columbia and highly respected intellectual historian, wrote that “American liberalism has slipped into a kind of moral panic about racial, gender, and sexual identity that has distorted liberalism’s message and prevented it from becoming a unifying force capable of governing.”

His piece itself occasioned a moral panic, focused overwhelmingly on how Lilla is, in fact, himself a white male. His op-ed was denounced from the left as “the whitest thing I’ve ever read,” and part of an “unconscionable” assault on “the very people who just put the most energy into defeating Trumpism, coming from those who will be made least vulnerable by Trump’s ascension.”

Lilla was so undeterred by the criticism from his fellow Leftists that he decided to turn the topic into a 160 page book, The Once and Future Liberal: After Identity Politics.

Still gobsmacked by the 2016 election, many liberals may be yearning for a thoughtful, generous and well-informed book to put it all in perspective, a strategic account of where they’ve been, where they are now and where they ought to go. In “The Once and Future Liberal,” Mark Lilla, a professor of the humanities at Columbia and a frequent contributor to The New York Review of Books, says his aim is to unify today’s fractured liberals around an agenda “emphasizing what we all share and owe one another as citizens, not what differentiates us.” Unfortunately, he does this in a way guaranteed to alienate vast swaths of his audience, and to deepen left-of-center divisions. Rather than engage in good faith with movements like Black Lives Matter, Lilla chooses to mock them, reserving a particularly mean-spirited sneer for today’s campus left. “Elections are not prayer meetings, and no one is interested in your personal testimony,” he instructs “identity” activists, urging them to shut up, stop marching and “get real.”

You can see why I included that entire paragraph. It was too much fun not to.

So, it’s clear that not everyone on the political left wants to move past identity politics — and that is very good news for those of us on the political right. Again, here is Beverly Gage:

This is not, of course, a work of historical scholarship. It is a polemic about the dangers of “identity liberalism,” and a critique of the misguided professors and students who seem so enamored of it.

Beverly in not a fan, either:

Despite his lofty calls for solidarity, Lilla can’t seem to get out of his own way — or even to take his own advice. He urges fellow liberals to focus on “the hard and unglamorous task of persuading people very different from themselves to join a common effort,” then proceeds to insult his own audience…

“The Once and Future Liberal” is a missed opportunity of the highest order, trolling disguised as erudition.

One note of thanks to Ms. Gage: Since I’m not going to read Lilla’s book, I appreciate her including this quote in her review — again, too much fun:

“Elections are not prayer meetings, and no one is interested in your personal testimony,” [Lilla] instructs “identity” activists, urging them to shut up, stop marching and “get real.”

[Leftist] radical agendas can only go so far before the people begin to push back, and that it is partly what happened with the recent elections.

So, in that sense, yes, we are witnessing a larger moral and cultural backlash, even if some of these issues were not front and center in the Trump campaign. And to the extent we can make the case for a biblically-based, moral conservatism, one that treats everyone fairly but that recognizes that certain boundaries are healthy and good, we can turn the hearts of the younger generation as well as recapture the hearts of the older generation.

As my close colleagues and I have said for the last 15-plus years, on with the revolution.

Also worth reading on this topic is Kay S. Hymowitz‘s article “Why Identity Politics Are Not All-American,” where she opens with a reference to Mark Lilla’s NYT article.