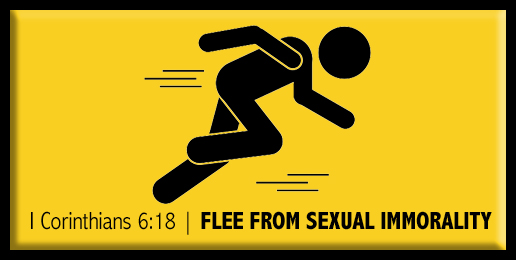 As a Christian, I will never take pride in something the Bible clearly says God detests.

As a Christian, I believe that there is a war between good and evil, between God and Satan, and as a Christian, I will never turn my back on God and His Word to side with what the Bible says is a sin. In doing so, I’d be siding with Satan himself.

Unfortunately, that is exactly what I think is happening not only on a personal level with many who identify as Christians but also with an ever increasing number of our churches as well.

The Bible is very clear that homosexuality is a sin and that marriage is between a man and a woman. The unfortunate reality, though, is that many who consider themselves Christians deny or ignore this.

In Genesis 19, you’ll find the story of Sodom and Gomorrah, in which God destroys both cities as well as everyone living in them due to rampant homosexuality.

Jump ahead to Leviticus and you’ll find the following:

“If a man lies with a male as with a woman, both of them have committed an abomination.” (Leviticus 20:13)

Some people will dismiss those verses, saying that it’s just Old Testament law, or claim they are no longer applicable. Yet in the sermon on the mount, Jesus says the following:

“Do not think that I have come to abolish the Law or the Prophets; I have not come to abolish them but to fulfill them. For truly, I say to you, until heaven and earth pass away, not an iota, not a dot, will pass from the Law until all is accomplished.

Jump ahead a few more books in the New Testament and you’ll find that Paul says,

“For this reason God gave them up to dishonorable passions. For their women exchanged natural relations for those that are contrary to nature; and the men likewise gave up natural relations with women and were consumed with passion for one another, men committing shameless acts with men and receiving in themselves the due penalty for their error.”  (Romans 1:26-27)

Jump ahead one more book in the New Testament and you’ll find this:

If you are going to call yourself a Christian, how can you ignore what the Bible says?

Go back to Romans, and you will read,

“Do not be conformed to this world, but be transformed by the renewal of your mind, that by testing you may discern what is the will of God, what is good and acceptable and perfect.” (Romans 12:2)

If you ignore God’s word in the Bible, and instead side with the sinful ways of the world today, whatever they may be, are you not going against Romans 12:2?

I fully understand that the Bible teaches us to love our neighbors as ourselves and I absolutely agree with that. However ,if we are going to follow this, should we not also follow a biblical definition of love?

“Love is patient and kind; love does not envy or boast; it is not arrogant or rude. It does not insist on its own way; it is not irritable or resentful; it does not rejoice at wrongdoing, but rejoices with the truth.” (1 Corinthians 13:4-6)

Ultimately, if you are going to believe in God and be a Christian, part of that is the hope of someday going to Heaven through our faith in Christ. In the book of Matthew, you’ll find the parable of “The Narrow and Wide Gates.” Those verses say the following;

In other words, not everyone who calls himself a Christian will get into heaven. That is why it’s important to try to follow all of God’s Word and not conform to the wicked ways of the world, as mentioned earlier. If you do you risk that, Jesus says,

In today’s world, the Democratic Party and other left-wing activists present themselves as social justice warriors as they engage in a constant push of this perverse agenda. It floods our newsfeeds on social media, perverting the minds of our children by pushing the LGBTQ agenda in classrooms, TV shows, and movies. We hear of men pretending to be women and unfairly competing against women in otherwise all-female sporting events. We even have churches teaching their members to ignore God’s word and to celebrate what God Himself is clearly against. All this is being done in the name of social justice, making the following come to mind:

“Even Satan disguises himself as an angel of light. So it is no wonder that his servants also disguise themselves as servants of righteousness. In the end they will get the punishment their wicked deeds deserve.” (2 Corinthians 14-15)

I’m a firm believer that we as Christians, as well as our churches, need to speak out against this. By remaining silent while the constant push of the LBGTQ agenda is the only voice that is heard, we are helping it to be normalized within a generation. I am done being silent.

Final thought: unfortunately, many will have issues with what I’ve said and will likely try to use it against me or insult me as a result of it. They do that to try to silence those whom they disagree with. That is almost always the case anytime you disagree with those on the Left. However I have zero issue with this, as Jesus spoke of it as well:

“Blessed are you when people insult you, persecute you and falsely say all kinds of evil against you because of me. Rejoice and be glad, because great is your reward in heaven, for in the same way they persecuted the prophets who were before you.” (Matthew 5:11-12)

Steve Bruns is Christian husband, father, village trustee, and a thoughtful gardener. He and his family live in the southern suburbs of Chicago.