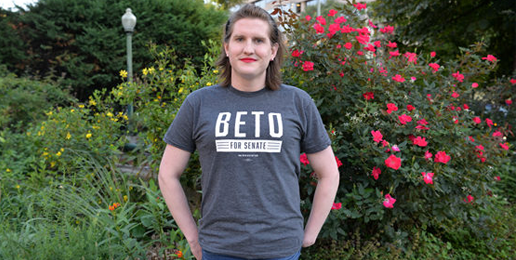 To be filed in the bulging “ARE YOU KIDDING?!” news folder is a story from the increasingly oppressive United Kingdom. British police recently investigated dock worker and father of four Harry Miller for an alleged “hate incident” for reposting a limerick about men who pretend to be women that included this factual line: “Your breasts are made of silicone, your vagina goes nowhere.”

Sure, the limerick mocks the surgical mutilation of anatomically normal, healthy male bodies, but so what? People are allowed to satirize anything they want—especially ideologies and acts that destroy healthy bodies and affirm science-denying dogma. And neither mockery nor criticism of such barbaric acts constitutes hatred of persons.

The investigating police constable told Miller that he had taken “a course and what you need to understand is that you can have a foetus with a female brain that grows male body parts and that’s what a transgender person is.” Riiight.

Who, enquiring minds may wonder, would tell the constable such unscientific nonsense?  The constable told the Telegraph that he had “learned it on a training course” run “by a transgender person.”

Now enquiring minds want to know why the police department would allow a person with so little knowledge to impose such a bizarre socially constructed ideology on the police force. Wonder no longer because the constable inadvertently shared the reason:

Although none of the tweets were criminal, I said to Mr. Miller that the limerick is the kind of thing that upsets the transgender community.”

Under no circumstances must anyone ever upset the prickly, thin-skinned, entitled “trans” cult.

Moving back across the pond to our nation’s capital, Washington D.C. attorney general, Karl Racine, has ordered the Cuba Libre restaurant to provide pro-“trans” indoctrination to its employees and pay a $7,000 fine to the city following a complaint filed by “Charlotte” Clymer (previously known as Charles Clymer), a man who tried to use the women’s restroom without showing any documents falsely identifying him as a “woman.”

Women and men have an intrinsic moral right—a human right—not to share restrooms, locker rooms, or other multi-occupancy private spaces with unrelated persons of the opposite sex, including those with elaborate chemically and surgically constructed flesh costumes and falsified identification documents. Men like Clymer who seek to pass as women have no moral right to invade women’s private spaces.

And let’s not forget that New York City issued “guidance” in 2015 that makes clear what “constitutes gender identity and gender expression discrimination” under the New York City Human Rights Law. “Intentionally failing to use an individual’s preferred… pronoun” constitutes such a violation and can result in “up to $250,000 for violations.” I would argue that using the force of government to compel speech is a human rights violation.

If that’s not outrageous and frightening enough, this “guidance” states that “There is no limit to the amount of compensatory damages the Commission may award to a victim of discrimination.”

From New York’s “trans” state of mind, let’s hop over to California where people dream of a world free of gender and ruled by Big Brother Sister Broster.

In respecting that we are now a state recognizing the nonbinary designation as a gender, “he” and “she” we are now merging them so that we are now using… the phrase “they” and replacing other designations so that it’s a gender-neutral designation of “they”.… So, the chair is “she” but in the spirit of gender neutrality, for the rules of this committee now designates [sic] the chair as “they.”

Pronouns do not correspond to or have anything to do with “gender” as redefined by leftists. Pronouns correspond to and denote objective, biological sex. The fact that some people identify and masquerade as the opposite sex does not impose on others an ethical obligation to subordinate their beliefs and practices—including rhetorical practices—to the “trans” ideology. Nor do the beliefs and feelings about maleness and femaleness of “trans”-cultists give them the right to use government resources to socially construct and impose their ideology on others.

The “trans” community and its ideological allies relentlessly assert that opposite-sex impersonators are “entitled” to be referred to by whatever idiotic pronouns they want and that commitments to respect demand capitulation to their language diktats. That’s an arguable assumption—not a fact.

No one has an ethical obligation to cave to the demands of “trans”-cultists to revolutionize English grammar. No one has an ethical obligation to treat people as if they are the sex they are not. Respect does not require anyone to participate in a fiction. It is not compassionate to affirm people in their ontological, science-denying delusions. There is no “my reality” and “your reality.” There is only reality, and the objective, immutable biological sex of everyone is part of the only reality that exists. Desires don’t change reality. The “trans” ideology is the science-denying equivalent of belief in a flat earth.

Adding “gender identity” and/or “gender expression” to anti-discrimination policies and laws is a cunning way to prohibit the expression of ideas that “progressives” don’t like. In other words, it’s a cunning way to circumvent foundational constitutional protections without, you know, having to go through the messy process of amending the Constitution to rid us of that pesky First Amendment.

Since “progressives” are practiced at the art of not applying their own principles consistently, let’s help them out by applying their principle regarding “hate” speech consistently. If criticism of leftist assumptions about “gender,” “gender dysphoria, “gender identity,” “gender expression,” and the meaning of biological sex constitutes anti-“trans” hate speech, then logically criticism of theologically orthodox Christian views on these phenomena constitutes anti-religious hate speech (i.e., speech intended to disparage persons based on religion or speech expressing hatred of a particular group of people [e.g., theologically orthodox religious people]).

To critics of my refusal to submit to their language rules, I say, I will continue to put quotation marks around “trans.” I will continue to use grammatically correct pronouns. If I feel like posting a limerick that mocks your body- and soul- destroying, science-denying ideology, I will. Heck, I may even write one. Your language diktats are meaningless to me.

To conservatives I say, be good stewards of the gift of our constitutionally protected freedom to exercise our religion, to speak, and to assemble/associate. Use it while you can. You’re not being nice or good when you capitulate to “trans”-activists. You’re being cruel, cowardly, and foolish. Take it from British dock-worker Harry Miller, “The only way to protect freedom of speech is to keep bloody speaking.”