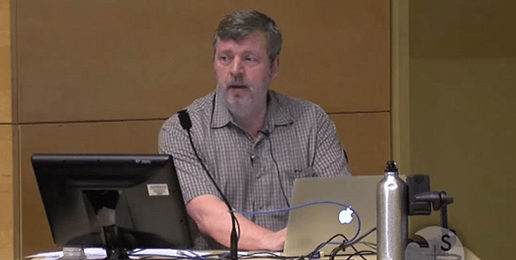 Progressives are Punishing a Gay Professor for Stating the Obvious

Progressives, drunk on cultural power and sanctimony, steeped in vapid ideology, and patinated in faux-fragility demonstrate that history does, indeed, repeat itself as the political left again become oppressors.

The most recent demonstration of leftist tyranny comes from the University of Washington (UW) where Stuart Reges, an openly homosexual lecturer in the Paul G. Allen School of Computer Science and Engineering, is being hounded out of his 15-year job by students, colleagues, and administrators who have no understanding of the critical importance of First Amendment protections to a healthy body politic.

The saga began in June of 2018 when Quillette, an online “platform for free ideas,” whose female founders “respect ideas, even dangerous ones” and “believe that free expression and the free exchange of ideas help human societies flourish and progress,” published an article by Reges titled, “Why Women Don’t Code.”

His article, inspired by the firing of James Damore by Google for the offense of writing an inter-office memo on, inter alia, the disparity in numbers between men and women and the absence of intellectual diversity at Google, addressed similar problems within academia, including the enraged responses to his pleas merely to discuss diverse views on diversity.

In this first article for Quillette, Reges established both his academic credibility as well as his bona fides regarding his commitment to fostering a love of computer science in young women. Then he addressed three professionally perilous topics:

Jordan Peterson, 2018 cultural mega-star, then tweeted about Reges’ article, which put Reges on the radar of the faux-fragile and sanctimonious, including students and colleagues at his own school and in his own department. Since, Reges had a three-year appointment, the intolerant had to wait until December 2019 when his appointment expired to exact revenge, and exact it they did. In another article published January 11, 2020, Reges reported the following:

I was stripped of my primary teaching duties and given a highly unusual one-year probationary appointment. … In the 15 years I have been part of the school, I am the first regular lecturer to be offered less than a three-year extension. … The one-year reappointment is also odd given my faculty rank. I was the first lecturer in the College of Engineering at UW to be promoted to the rank of principal lecturer. The faculty code indicates that the normal period for reappointment for a principal lecturer should be at least three years. The administration had to obtain special permission from the provost to make such a short appointment. It is also perhaps worth noting that I am the only current member of the faculty in the Allen School who has won the Distinguished Teaching Award, which is the highest award given for teaching at UW.

At least as troubling was the response from a group of graduate students who filed a grievance against Reges with the Union of Academic Student Employees and Post Docs at the University of Washington (UAW) and then concocted recommendations that reveal their puerility:

These graduate students also recommended “that courses incorporate inclusiveness best practices as outlined in an Allen School document,” including these:

Puerility and Newspeak come to academia.

To illustrate the “mob mentality” among students and administrators, who seem to believe the ends of destroying the career of Reges justify hasty judgments, incuriosity, and deceit, Reges tells the story of an anti-affirmative action campus bake sale he attended:

[T]he UW College Republicans organized an affirmative action bake sale, at which cookies were sold to Asians for $1.50, to whites for $1, and to African Americans and Hispanics for 50 cents. Cookies were free to Native Americans.

I attended the event to see how it was received and ended up having an hour-long conversation with a young woman about race relations on campus. . . .

The Stranger published an article about the event which included photographs of my interactions with the young woman. I was quoted as saying, “I don’t see racism on campus.” … But, as footage of our exchange captured by a local news team later confirmed, what I actually said was “I don’t see rampant racism on campus.” A small but important difference between a denial of ongoing racism and a disagreement about its prevalence.

[T]he day after the article in the Stranger appeared, I received a message from the director of the Allen School which included this:

. . . in my opinion, this is not about freedom of speech, and it’s also not about affirmative action. . . . This is about your lack of sensitivity to minority students and your continued (and almost gleeful) denial of their experiences, which I find extremely regrettable and disappointing coming from somebody of your stature and experience.

[The director] later told me that his judgment was based entirely on the misreported quote. He didn’t ask me what had happened. He didn’t ask if the quote was accurate. He simply concluded that I was insensitive to minority students. How he decided that I was “almost gleeful” is beyond me, but it indicates a reflexive disapproval among some my colleagues since the publication of my Quillette essay.

So far, the oppressors have failed to break or even bend Reges. He has since “joined Heterodox Academy” and “attended the 2019 Heterodox Academy Conference and the 2018 faculty conference for the Foundation for Individual Rights in Education (FIRE).” Reges won’t acquiesce to the oppressors because he understands what’s at stake. Perhaps his warning will strengthen the spines of conservative students, teachers, and administrators:

Today, the people on campus who need to worry about expressing their ideas are conservatives and religious people. Now it is gays doing the punishing of anyone who opposes gay marriage, gay adoption, hate speech codes, and civil rights protection for gays. Everything old is new again. I’m once again having private conversations behind closed doors in my office with closeted individuals, but this time they are students, faculty, staff, and alumni who oppose the equity agenda. They are deeply concerned about the university’s direction, but they are also afraid of jeopardizing their current or future job prospects. They also worry about losing friendships and professional relationships. One faculty colleague described it as “mob rule.” … I am concerned that people believe free speech is improving on college campuses when in fact things are getting worse. We have fewer overt examples of speakers being shouted down and disinvited, but now the censorship is going underground. Those who talk to me behind closed doors censor themselves because they know the consequences of speaking up.

If every conservative would speak up, the oppressors would lose.

This article was originally published by our good friends at Salvo Magazine. Check them out and subscribe to this great publication!