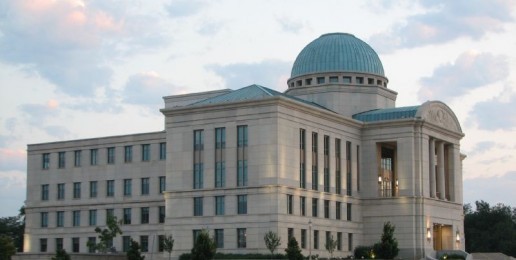 Last Friday morning, the Iowa Supreme Court issued an astonishing decision, ruling unanimously that the state law declaring natural marriage — the union of one man and one woman –unconstitutional. Once again, arrogant judges have usurped the will of the people to impose homosexual “marriage” on its citizens.

Amazingly, the Court held that natural marriage is solely a religious construct (despite the fact that governments around the world have recognized and upheld the institution for thousands of years), and went on to say “State government can have no religious view, either directly or indirectly, expressed through its legislation.” Unbelievable. Every law reflects morality. The vast majority of laws in United States reflect a Judeo-Christian ethic. Shall they all be struck down too? Moreover, many supporters of legalized homosexual “marriage” attend churches that support such a position. What about that religious view? According to the Iowa Supreme Court then, legalized homosexual marriage reflects a “religious construct” which must not be, “either directly or indirectly, expressed through its legislation.

Christians must not ignore the relentless assault on traditional marriage and the natural family any longer. Radical forces seek to eradicate our right to uphold and live out biblical standards. Here in Illinois, liberals are pushing for a homosexual “civil unions” law. Earlier last week the Vermont House of Representatives voted overwhelmingly to pass homosexual “marriage” legislation. In New Jersey homosexuals are seeking to expand the “civil union” law to legalized same-sex “marriage.” New York, thanks to an executive order, now recognizes homosexual “marriages” from other states and countries. And in New England there is an unprecedented push to have six states pass same-sex “marriage” legislation by 2012 in what liberal activists call thier 2012 Project.

Iowa’s Supreme Court’s decision is yet further evidence of judicial tyranny. These justices are not just interpreting law, but creating new “rights” where the people have not established them. William F. Buckley Jr. warned that “The best defense against usurpatory government is an assertive citizenry.”

The truth of this statement cannot be more applicable than in the struggle to defend marriage. Since the illegal imposition of same-sex “marriage” by judicial fiat in Massachusetts in 2004, thirty states have adopted constitutional amendments to preserve natural marriage. The American people overwhelmingly and clearly reject the idea that marriage could be anything but the union of one man and one woman.

The attempts to erode our freedoms through the destruction of marriage and the family relentlessly continue, aided and abetted by out-of-control government, activist courts, and the liberal mainstream media.

We cannot cower in fear of tyrants who threaten to destroy this great country. Instead, as Buckley suggests, we must assert our rights as American citizens to take back the government from the few who would wrest it away from us and illegitimately impose their corrosive ideology.