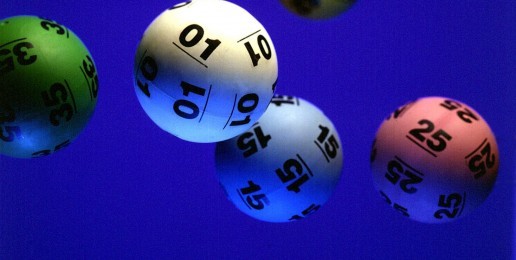 Illinois Governor Pat Quinn (D) is about to make a billion dollar decision to which most of us haven’t paid much attention. For months, consortiums and companies have been working behind the scenes to become the jackpot winner of a prize that will set an international gambling precedent.

Illinois is soon to become the first in the United States to turn over its state lottery operations to a privately-owned company. How this experiment progresses will undoubtedly set precedent for the gambling industry, one that will change how states and countries operate their lotteries.

So last week, when the governor’s office indicated his very own Pick 2 choices on the finalists, Northstar and Camelot Group, you can bet two international lottery managing companies were very interested.

The first is Lottomatica, a gambling consortium based in Italy that runs two-thirds of the world’s lotteries. A few years ago, Lottomatica bought up a lottery specializing company called GTECH for over four billion dollars. GTECH and its associated company Scientific Games currently operate Illinois’ lottery and instant ticket games. Northstar, one of Quinn’s finalists, is the company under which GTECH and Scientific Games operate in Illinois.
Camelot Group was Quinn’s other finalist pick. Camelot Group is owned by the Ontario Teachers Pension Fund and runs the United Kingdom’s lottery. Taking over the day-to-day task of overseeing Illinois’ lottery would be the pot ‘o gold at the end of Camelot Group’s rainbow.

The legislature decided last year to turn over day-to-day operations to an outside company and they bestowed that decision on Governor Quinn. How would you advise him?

First of all, it’s a little unseemly that both of the Governor’s choices for managing and marketing the possible $2 billion Illinois Lottery project are owned by non-American companies. Are there no wholly-American companies qualified to take on the job?

Secondly, good government groups have questioned the Governor’s mysterious selection process. Illinoisans were not told which companies bid on the project. We were told only the top two finalists.

Why? Making the bidding process more transparent may have tainted the process, the governor’s office said.

Being we’re from Illinois, it seemed natural to scan the Illinois Board of Elections’ website to see if any of the interested companies had recently made campaign contributions. We found Scientific Games, part of the Northstar Group, gave $10,000 to Rod Blagojevich in December 2004. But GTECH, also of Northstar, gave most of its campaign donations to Republicans, including $7500 to the Illinois Republican Party itself during George Ryan’s administration.

While those donations may have helped Northstar land their current relationship with the Illinois lottery system,they may not have much effect on Quinn’s pending decision, but state records won’t show any recent contributions until we get closer to November.

There were no Camelot Group contributions to any Illinois candidates or political organizations listed in the state board of election’s online records.

But the Camelot Group admitted they are more interested if the federal government allows lottery sales on the internet, opening Illinois lottery sales to international gamblers, thus making it the first state to sell lottery tickets to Third World countries.

Frankly, that’s really what lottery management and marketing companies are pushing to happen. The argument is that there are non-American gambling enterprises already online, and although online gambling is a violation of federal law, it is available via offshore-based websites now.

It’s always been disturbing to be caught in line at the 7-11 behind a sweet little old lady who’s spending a portion of her Social Security check on lottery tickets. It’s even more disturbing when you hear her good intentions to buy Stars and Stripes tickets to help veterans. But if Camelot Group and other entities pushing for internet lottery sales get what they want, Widow Smith won’t need to make her way to the neighborhood convenience store or gas station to throw away her precious dollars. She’ll be able to directly transfer her Social Security funds to an online gambling account.

It’s distressing no matter which way you cut it. But forgive me, I never saw how the lottery helped education in Illinois like we were promised it would. Let’s not be fools. We won’t benefit like we’ve been promised. It will be the international shadow people that benefit from our dramatic shift to gambling dependency.

I talked with the only anti-gambling lobbying group in Illinois about their thoughts on the governor’s pending decision. They were frustrated because their hands are tied. Quinn will not reveal which companies bid and what their plans were. His office denied their Freedom of Information query about who he picked to serve on his advisory committee.

When Governor Quinn announces his lottery operation choice on September 15, know that unless something drastic takes place this week, we may never know how he made that billion dollar decision for the rest of us.

And sadly, Illinois’ laughing stock reputation will be reinforced once again. You can bet on it.