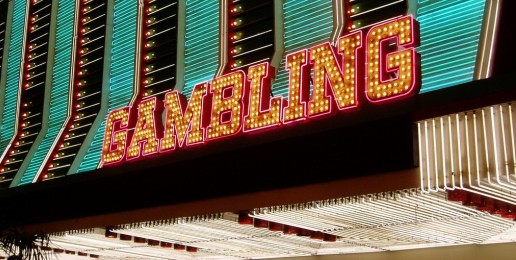 The Illinois House and Illinois Senate were in session just one day in January, yet they managed to pass a gambling expansion bill.

The Senate amended an unemployment bill (SB 11) and transformed it into a gambling expansion bill on January 30th.   SB 11 extended Internet wagering on horse racing for three more years and expanded the number of Off Track Betting parlors for race tracks located in Cook County (6 additional parlors).   The Senate passed SB 11 before the governor gave his State of the State address, and the House passed the bill after the speech.  Governor Quinn signed the bill into law that same afternoon.

Increased competition is making it more difficult for casinos to keep locals employed and pass along hefty payments to host states-which are the two biggest selling points for allowing gambling in the first place. However, this isn’t stopping Illinois and other states from trying to expand gambling.  Click to read the article.

With pension issues out of the way and the state in dire need of cash, gambling proponents are working to pass a massive gambling expansion bill this year.   The bill would also include a city owned casino for Chicago, land-based casinos in Rockford, Danville, Lake County, south suburbs of Chicago, and slot machines in Chicago airports.   The Associated Press reported the bill would allow current and future casino license holders to apply for an online gambling license.  Click to read more.

State forecasters told Illinois lawmakers casino revenue has declined, and will probably continue to do so.  Click to read more.