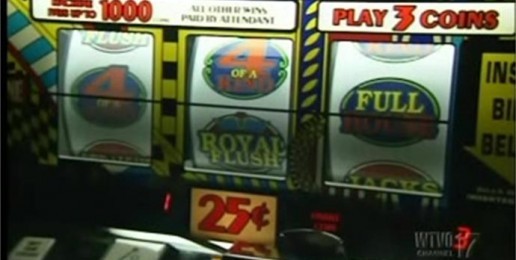 SB 3144 was called for a vote last week, but fell 3 votes short of passing.  The bill has been put on “postpone consideration,” which means it can come up for another vote in the near future.

Take ACTION: Click HERE to contact your state senator to urge them to stop expanding predatory gambling in Illinois.

Gamblers are losing millions of dollars in video gambling machines at truck stops in Illinois.  The sponsor predicted the State could get an additional $6 to $7 million a year in revenue which means that Illinois residents and truckers would have to LOSE $24 – $28 Million more a year!  The cost is too high.