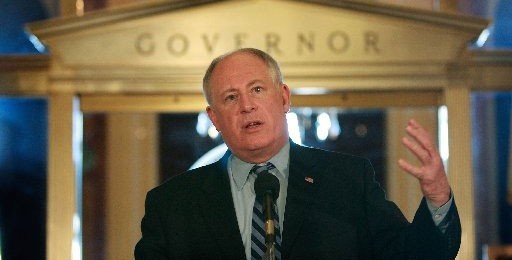 Please take 3 minutes to send an email to Gov. Quinn about this important issue!

Under the Illinois Constitution, the governor could use his amendatory veto powers to strike provisions from it. A majority of lawmakers then would have to agree for Quinn’s version to become law. A three-fifths majority would have to vote to override Quinn in order for the bill to become law as it was originally approved.

According to Rich Miller of Capitol Fax, top state lawmakers will sit down with Governor Patrick Quinntomorrow to discuss the gambling bill. In other words, Gov. Quinn is going to face tremendous pressure to support the bill in its current form.

Take ACTION: Send an email or a fax to Governor Quinn today to ask him to VETO this massive gambling bill.

The Governor must hear from the families of Illinois and not just the special gambling interests who only want to further exploit citizens of Illinois. Remind him that he campaigned against the expansion of gambling in Illinois. Respectfully tell him that creating losers is a terrible way for the state to gain a revenue source.

The governor has repeatedly claimed that the bill is “excessive.” He is correct — but he needs our encouragement to stand firm against this radical expansion of gambling in the Land of Lincoln — despite the pressure from the spend-aholic lawmakers who sponsored this anti-family policy.

After sending your email, you can also call the Governor’s office toll free at (800) 642-3112. Make sure they hear you loud and clear!