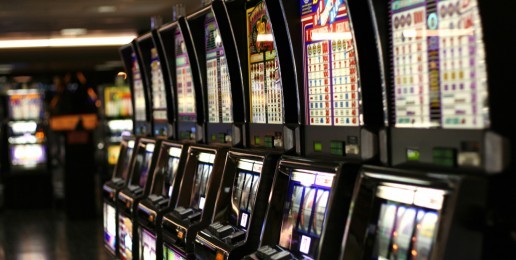 We don’t want Illinois to be the #1 predatory gambling state in the nation.

Click here to view a photo of the full-page ad that was placed in The State Journal Register newspaper last week and read about the first week of the Veto Session.

Legislators are home for Thanksgiving and will come back in session on November 28. The Chicago Tribune had an excellent editorial opposing this massive expansion of gambling. (see below)

1. Send a note to your State Representative and State Senator with a copy of this editorial, asking them to Vote NO on SB 3970, SB 3971, and ALL gambling bills.

“We must consult with the people who elected us before taking an action that will allow wide-open gambling throughout Illinois and affect our state’s quality of life for decades to come. You remember, as I do, our campaign pledge – made in 2002 and repeated in 2006 – to oppose any large-scale expansion of gambling in our state. …

“I hope you will join me in calling for a referendum on the proposed massive expansion of gambling in Illinois.” – Lt. Gov. Pat Quinn in a letter toGov. Rod Blagojevich, Dec. 17, 2007.

Very soon – perhaps in early December, perhaps in January – state legislators will vote on a massive expansion of gambling in Illinois. This would be in addition to the estimated 45,000 electronic terminals for legalized video gambling that already are expected to begin operating statewide next summer. Under the expansion bill now under consideration, Illinois’ number of casinos in effect would grow from today’s nine to tomorrow’s 21.

Twenty-one casinos? Plus gambling outposts in passenger-only areas at O’Hare and Midway airports? That’s not a total that the revenue-hungry legislative backers of this bill would want us to use, or want you to see. But do the math for yourself.

An expansion of this scale has one obvious goal: quick money for Springfield – the better to spare legislators from having to make serious budget cuts. But citizens ought to be concerned, and vocal, about the sheer throw-weight of this proposal and its impact on crime-fighting: Having stuck the Illinois Gaming Board last year with the huge job of rolling out and regulating video gambling, legislators would be adding yet another major burden. Overloading state regulators in this fashion would raise the risk that mob or other illicit influences would make their way into Illinois gambling.

State Sen. Terry Link, D-Waukegan, who introduced this 338-page behemoth, has been perturbed with the Gaming Board since it decided in December 2008 to send Illinois’ 10th casino license to Des Plaines instead of … Waukegan. We wanted to ask Link if that explains why his bill specifically would eliminate the five Gaming Board members who made that decision and still serve today. (The governor would appoint replacements, subject to Senate approval.) But Link didn’t return our calls.

So we’re left with the enormity of what his legislation would permit:

– Four more new casinos at Park City (near Waukegan), Rockford, Ford Heights and Danville. By 2015, each could have 2,000 positions.

– Illinois’ nine existing casinos, plus the 10th slated to open in Des Plaines, could now be land based. And they could grow from today’s 1,200 positions each to 2,000 positions each, also by 2015.

– The state’s six horse-racing tracks could add a total of up to 6,300 slot machines. For now, at least, tracks would not have table games. These six track-based casinos – in industry parlance, “racinos” – could operate 19 hours a day not only on their own racing dates, but also on any date when their tracks conduct simulcast wagering on horse races run elsewhere in the U.S. The Illinois Racing Board says the Illinois tracks are open for simulcasts as many as 365 days a year (Christmas included). Thus the six racinos, like the state’s other 15 casinos, could operate year-round.

– The Balmoral and Maywood tracks could, with Racing Board approval, relocate to nearby locales.

– State tax rates on slot machines would decline. A spokesman for Senate Democrats told us that, in theory, awarding more of the take to casino owners would encourage them to install the additional machines the law permits.

So where does that leave Illinois? A state that today has 10,800 operating gambling positions at nine casinos would, by 2015, authorize 38,300 positions at 21 casinos. And there’s talk of accelerating that schedule in an effort to grab more revenue faster. Add to that those 45,000 or so video gambling terminals that come online next summer.

If this isn’t what Pat Quinn had in mind when he worried about “an action that will allow wide-open gambling throughout Illinois and affect our state’s quality of life for decades to come,” we don’t know what would be.

Think what you will about the morality of gambling. We’ve long supported casino wagering, and strong regulation to keep the industry here clean. But this expansion would make Illinois government too reliant on gambling revenues. We hope legislators will reduce expenditures rather than hitch the state’s already desperate finances even tighter to an industry that has been contracting.

Most of all, we hope Gov. Quinn retains the skepticism he already has displayed when asked about this proposed expansion.

Governor, if legislators send you this expansion bill or something like it, read your own 2007 letter and follow your advice. You were right.