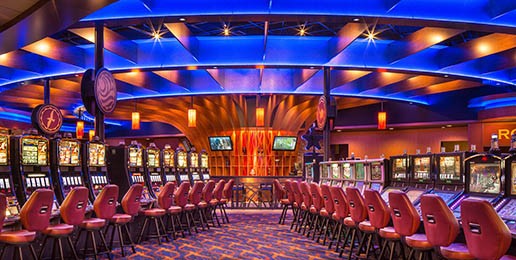 Remember when Illinois politicians told us revenue from riverboat casinos would come from out-of-state residents? Then surrounding states built casinos to compete with Illinois. Many of the same companies owned casinos in both states and profited from the expansion.

Now politicians, who are looking for more revenue to pay mounting bills, pension obligations and budget shortfalls, want a massive expansion of casino gambling.  This time, however, Illinois residents will be targeted to gamble and lose their money.

While some want to capture the money Illinois residents are losing in other states, a casino in Chicago will create more gamblers with greater social costs, and more money will leave the state with casino companies or casino managers.

With 2.7 million people, Chicago is one the largest population centers in the country. Studies have shown the rate of pathological gambling is significantly higher among minorities and low-income individuals. The National Gambling Impact Study Commission found the rate of pathological gambling doubles within 50 miles of a casino. Making gambling more accessible in the metropolitan area will increase the amount of gambling and harm.

Addiction, bankruptcy, embezzlement, child abuse/neglect, and suicide are some of the social costs that will increase. Casinos do not just shift crime from neighboring regions, but create crime, according to a study by Professors Earl Grinols and David Mustard.

For every $1 of revenue gambling interests indicate is being contributed in taxes, it costs taxpayers $3 in social welfare, criminal justice, and regulatory costs, according to the U.S. International Gambling Report. The costs will be borne by all residents, whether you gamble or not.

A Chicago casino would be a perpetual license that could never be revoked. Other details would be worked out behind closed doors and hidden from public view until a “deal” is finalized and ready for a vote. Remember all the problems with the Video Gambling Act, which was introduced and passed in a little over 24 hours? Now many municipalities are trying to limit the number of machines and prevent video gambling parlors.

Casinos have closed in Atlantic City and Mississippi, and revenue at Illinois casinos has declined for several years. Gambling is an unstable source of revenue. Adding more casinos in Illinois will not solve the state’s financial problems, and a massive casino gambling expansion in Chicago will create untold harm for years to come.

Your on-going monthly support will go directly toward influencing our Illinois culture & government with Biblical values.

Anita Bedell
Anita Bedell is the executive director of the Springfield based Illinois Church Action on Alcohol & Addiction Problems, which is also known as ILCAAAP.  The Mission of ILCAAAP is...
Full bio and more from Anita Bedell
Related Articles