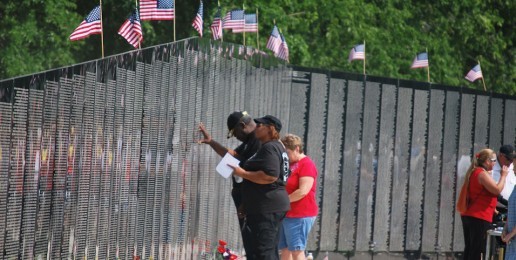 A federal judge in Texas has ruled that a Christian pastor can pray in the name of Jesus at a Memorial Day ceremony. As a result of the judge’s decision, Pastor Scott Rainey did just that Monday at a Memorial Day Service at the National Cemetery in Houston.

Reverend Rainey, the pastor of Living Word Church of the Nazarene, has offered an invocation the last two years at the Memorial Day observance in Houston. But this year cemetery director Arleen Occasio asked to review his prayer prior to the ceremony.

Occasio then informed Pastor Rainey that he would not be allowed to participate in the ceremony unless he removed the name of Jesus from his prayer. Occasio said that the U.S. Department of Veterans Affairs, which has jurisdiction over the cemetery, “cannot be exclusive at a ceremony meant to be inclusive for all the nation’s veterans.”

Pastor Rainey appealed the decision to the Office of the Secretary of Veterans Affairs, and when unsuccessful, enlisted the Liberty Institute to file a lawsuit in federal court citing his First Amendment rights.

U.S. District Judge Lynn Hughes ruled that the Veterans Affairs policy was an unconstitutional infringement of free speech. “The government cannot gag citizens when it says it is in the interest of national security, and it cannot do it in some bureaucrat’s notion of cultural homogeneity. The right to free expression ranges from the dignity of Abraham Lincoln’s speeches to the rants of Charlie Sheen.”

Liberty Institute attorney Jeff Mateer hailed the judge’s decision. “Our veterans fought for and many died for our religious freedom; to have it stripped away under the facade of inclusiveness is the height of offense to those who have served our country.”

A local veteran expressed dismay at the controversy, saying “I don’t know how far they want to go with all this. What is next? Removing the crosses from the graves and headstones?”