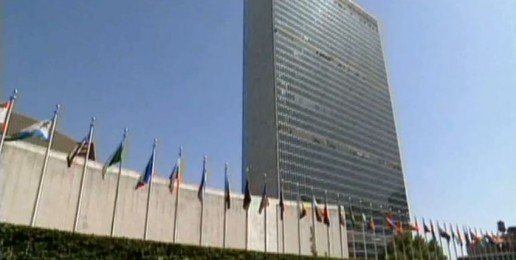 Taken from a HSLDA alert:

The U.S. Senate Committee on Foreign Relations is scheduled to hold a hearing on the U.N. Convention on the Rights of Persons with Disabilities (CRPD) on Thursday, July 12. Phone calls and emails are needed to our two U.S. senators to urge them to oppose this dangerous treaty.

HSLDA Founder and constitutional attorney Mike Farris has written a short memo on the dangers to U.S. sovereignty, family freedom, and homeschooling if the U.S. Senate votes to ratify the CRPD. You can read his memo online.

Take ACTION:  Click HERE to send an email to U.S. Senators Dick Durbin and Mark Kirk asking them to oppose CRPD.  You can also call the Capitol Switchboard at (202) 224-3121.  Your message can be as simple as the following:

“Please oppose ratification of the UN Convention on the Rights of Persons with Disabilities. As our nation gathers to celebrate Independence Day, it is outrageous that U.S. senators would support a treaty that surrenders U.S. sovereignty to unelected UN bureaucrats. Our nation already has laws to protect disabled Americans. This treaty is unnecessary and will hurt families.”

The Americans with Disabilities Act was passed by Congress to specifically protect disabled Americans. There is no need for the U.S. Senate to ratify the CRPD, as our nation’s state and federal laws already protect these precious citizens. Sadly, this treaty — if ratified by the U.S. Senate — would do great harm to disabled children and adults by subjecting parents, families, and caregivers to UN oversight, regulation, and control.

In addition to calling your two U.S. Senators, we urge you to visit their Facebook pages and leave your comments about this treaty. Please also forward this information to your family and friends and encourage them to oppose this treaty. Families, not the United Nations, are best suited to care for their loved ones with disabilities. We don’t need unelected international bureaucrats to tell us how to do that.