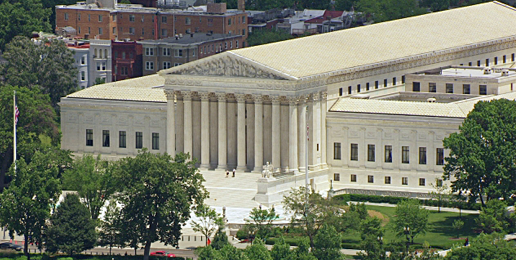 The Overturning of Roe v. Wade and the Possibility of Cultural Change
Written By Dr. Michael L. Brown   |   07.02.18
PRINT

Within hours of Justice Kennedy announcing his imminent retirement, voices on the left began announcing the imminent overturning of Roe v. Wade.

David Cole, national legal director for the American Civil Liberties Union, said, “If Donald Trump, who has promised to overturn Roe v. Wade, picks someone who is anti-choice, the future of Roe v. Wade is very much in question.”

During his appearance on CNN, he added that there was “just no doubt” that Roe v. Wade would be overturned, stating, “Roe v. Wade is doomed. It is gone because Donald Trump won the election and because he’s going to have the chance to appoint two Supreme Court justices.”

As stated succinctly in a tweet from Planned Parenthood Action, “With Kennedy retiring, the right to access abortion in this country is on the line. #SaveSCOTUS.”

May all these fears and warnings prove true! May we see Roe v. Wade overturned speedily, in our time. And may the many women who struggle with their pregnancies find new hope and learn that there are better alternatives than abortion.

Of course, it is too early to proclaim the end of Roe v. Wade. And for more than 55 million babies who have already lost their lives, this is too little, too late.

But, based on his performance to date, it is highly likely, if not almost certain, that President Trump will nominate a solid, pro-life justice. And it is then very likely that Roe v. Wade would be overturned in the years ahead.

This would be beyond historic. It would be unprecedented. It would mark the first time that the court made a radical, anti-life turn only to reverse course decades later. And it would mark a major turning point in the cultural life of our nation, since the overturning of Roe v. Wade seemed like an impossible dream for years.

Although I was almost entirely unaware of the battle for life in 1973 (I was 18 at the time and I don’t remember hearing a word about abortion in my church), older colleagues have told me how bleak things appeared at that time. They have even related that pro-lifers were more despised back than those who hold to traditional family values are today. That’s saying something!

Back in 1973, after the Roe v. Wade ruling, pro-life forces were in disarray. Yet, Nina Martin reported in the New Republic in 2014, they quickly mounted “a push for a constitutional amendment affirming that life begins at conception.”  But, she explains, “that first effort fizzled, and it’s only in recent years that a new wave of pro-life activists—many of them born after Roe and educated in fundamentalist Christian settings—have once again seized on personhood as a way not just of weakening Roe, but of overturning it. In state after state, they have been pushing to have their beliefs enshrined in policy.”

So, according to Martin, a lot of the recent success in opposing Roe v. Wade is due to the efforts of conservative Christians born after 1973. In other words, they were born after abortion on demand was considered a settled issue in America. After the battle for the unborn was apparently lost. After our side was told to throw in the towel.

But that was not the end of the story. As Austin Ruse noted, “Social conservatives point out that the number of young people opposed to abortion used to be equally bleak among the young but is now trending their way.”

What makes Ruse’s point especially poignant is that he made this comment in a short article documenting the rising acceptance of same-sex relationships among young Republicans. In light of that, he suggested that, “All this leaves open the possibility that Republican opposition to same-sex marriage may fade with time.”

That’s exactly what was expected with regard to the battle for life in the aftermath of Roe v. Wade. The die has been cast. The verdict has been rendered. The older, conservative opposition will soon die out. As for the generations that follow, abortion on demand will be the law of the land, unopposed and largely, if not universally, embraced.

And this, of course, is what we are told unceasingly with regard to same-sex “marriage,” almost word for word. Why couldn’t we see a cultural reversal there as well?

Today, we stand on the precipice of undoing the monstrous injustice of Roe v. Wade. Who’s to say we won’t live to see the reversal of Obgergefell vs. Hodges, the U.S. Supreme Court’s overreaching decision to redefine marriage?

It is for good reason that CNN is already writing about, “What Anthony Kennedy’s retirement means for abortion, same-sex marriage, affirmative action and the future of the Supreme Court.”

And Vox opines that “a Court without Kennedy is substantially more likely to: Overturn Roe v. Wade and allow states (and maybe the federal government too) to ban most or all abortions. . . . Rule in favor of religious challenges to anti-discrimination law, and perhaps, in an extreme case, reverse some past Supreme Court rulings on gay rights.”

All this sounds totally within reach today. And it could hinge on the next appointee to the Court. Let’s pray for God’s mercy on our nation, for the continuing turning of hearts towards life, and for righteous justices to adjudicate in our courts.