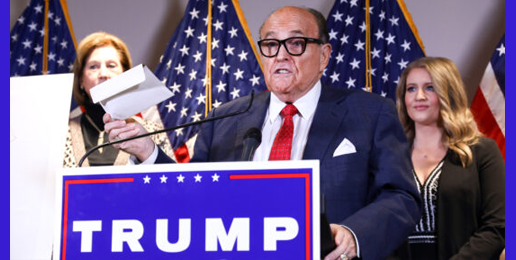 The 2020 post-election plot thickened on Sunday when Trump legal team attorneys Rudy Giuliani and Jenna Ellis announced that Sidney Powell was not a member of the Trump legal team. Naturally, questions and theories about the reason for the separation flooded social media full of sound and fury but signifying nothing.

It is hoped that within a few weeks, we will learn much more about the nature and degree of voter “irregularities” and electronic malfeasance, which in an ideal political world would be a bipartisan issue.

election bodies to conduct audits of all federal elections, regardless of how close the election, by employing statistically rigorous “risk-limiting audits.”

Can’t we all agree that our voting systems must be fixed before the 2022 midterm elections?

Wyden’s words echo the words of a mysterious Dominion Voting Systems security expert who seems to be missing. Just days before representatives from Dominion Voting Systems abruptly cancelled last Friday’s scheduled appearance before a Pennsylvania House Government Oversight Committee hearing, the name of their Director of Product Strategy and Security, Eric Coomer, began popping up on the Internet. Before being hired by Dominion, Coomer was the Chief Software Architect at Sequoia Voting Systems, he has his Ph.D. in nuclear physics, he loves Antifa, and he detests President Trump (just wondering, are Antifa ruffians Antiffians)?

Since he is an expert in cyber security who works at Dominion and has a dozen patents and pending patent applications pertaining to voting systems, Coomer may be someone lawmakers and reporters should talk to about voting integrity in this recent and future elections. Dominion Voting Systems website and social media, however, seem to have been scrubbed of a lot of information by and about Coomer, so finding him may prove challenging. Maybe Mando the Mandalorian can find him.

As I’ve said before, I am not now, nor have I ever been a member of a conspiracy theory group. For that reason, I’ve ricocheted between wondering if Trump’s legal team and/or Sidney Powell has the goods to prove the diverse about election integrity that have been alleged and the sense that there are sufficient reasons for concern to justify the pursuit of all legal challenges.

Watergate was unthinkable until it wasn’t.

The decades-long secret government UFO program, now called the Unidentified Aerial Phenomenon Task Force, was unthinkable until it wasn’t. Gaslighting by the government about that was intense and sustained.

Corrupt collusion between the Democrat Party, the FBI, the CIA, and mainstream press outlets to manufacture and propagate a hoax in order to impeach a duly-elected president would have once been deemed the fever dream of tinfoil-wearing conspiracy theorists. And now we know that not only did it happen but also that the colluders then engaged in a widespread, massive campaign to gaslight all of America into believing this widespread massive coup attempt didn’t happen.

The powerful and the uber-cool that strut among us are trying to prevent a full investigation into possible vote-tampering by mocking and intimidating those who say, “Wait just a doggone minute, bub. Let’s take a peek behind the papered-over windows and inside all those Bozoputers.”

Coomer may be a familiar name to some Illinoisans. On September 1, 2016, Sharon Meroni writing for Defend the Vote summarized the now-underground Eric Coomer’s appearance before an Illinois State Board of Elections (ISBE) meeting:

On Friday, August 26th, during a meeting at the Illinois State Board of Elections, the Vice President of Engineering for Dominion Voting, Dr. Eric Coomer, was asked if it was possible to bypass election systems software and go directly to the data tables that manage systems running elections in Illinois. His response was, “Yes, if they have access.”

Bypassing the election systems software means whoever has access can potentially manipulate the vote without many risks of detection.

Dr. Coomer’s statement is an admission that various vendors, election officials, and others have access to the back end data tables that permit bypassing the operating system’s configuration. It is notable that when someone accesses these systems from a data table, their actions are not logged by the system; thereby making detection much more problematic.

Coomer also shared this troubling information with the ISBE:

We are constantly assessing different threat models against all of our systems we have fielded across the US and internationally as well. Due to the certification environment … we are not allowed to do routine updates without having to go through re-certification efforts, but we do … give guidance on how to best secure systems and … the final mitigation against all of this is a robust auditing canvasing process which all of our jurisdictions have implemented.

Dr. Coomer’s statement brings to light a very serious issue all voters should understand. Voting systems must be re-certified each time they make changes to the hardware or software. Recertification is … expensive and time consuming. … What Dr. Coomer told the Board is that Dominion Voting does not go back for recertification of software when threats to their code are discovered. Rather, they rely on post-election audits and providing advice to election jurisdictions about security. …

This is the reality of the security of your vote. Software systems that count and record the vote across Illinois and throughout the USA are not updated to address security problems, and even if they were, the software can be completely bypassed by going to the data tables that drive the systems.

In light of Coomer’s statements, those with the ability to thrash their way through the weeds on the U.S. Election Assistance Commission’s voluntary voting system certification process, may find these website pages illuminating: Click HERE and HERE.

As Darryl Cooper wrote about the dubious and mysterious Eric Coomer for The American Conservative,

[I]f it was Joe Biden contesting the election results, and the Director for Strategy & Security at a major voting machine provider turned out to be a Proud Boy with decades of involvement in extremist, even violent, right wing political groups. … [Democrats] would ask how such a person ended up in such an important position of public trust.

If everything is on the up and up, why the massive freak-out by leftists (and some Never-Trumpers) over millions of Americans wanting all available legal and constitutional means pursued to ensure the election was fair and honest? Surely, tolerant, inclusive, fair-minded leftists don’t care about cost or inconvenience; they were willing to spend $38 million of taxpayer money on their elaborate ruse to get rid of a man they detest with unhinged intensity. 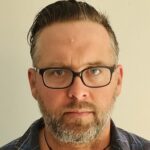 Maybe, just maybe the deplorables and ugly folks would believe the words of presumed-but-not-elected Joe Biden’s calls for “unity” if his string-pullers would calm down and let all investigations and court proceedings proceed—oh, and maybe get rid of their blacklists.

If you see this man, have your camera at the ready. Ask him some hard-edged questions, like “What kind of milkshakes do you like,” and then run for your life. He may be an Antiffian armed with a black satchel full of Molotov cocktails.