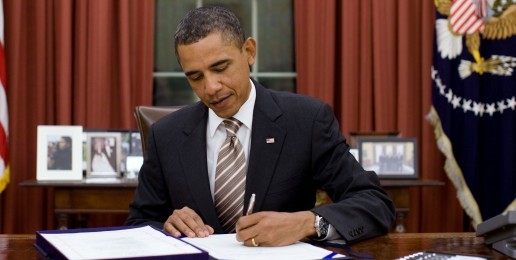 Millions of Americans will celebrate the National Day of Prayer today as part of a tradition going back to our nation’s founding. It is insightful to read some of the proclamations of early presidents and governors. President Obama’s proclamation is a far cry from our founders who were often surprisingly contrite seeking national repentance from the Holy God just as much as they were in acknowledgement of His blessings.

President Obama’s proclamation has raised the eyebrows of some because he is thankful that we live in a country that “respects the beliefs and protects the religious freedom of all people.” Critics have noted that this point seems to fly in the face of the President’s failure to defend the Defense of Marriage Act which would have huge ramifications for religious freedom should marriage be undefined to allow for homosexual couples. (The repeal of “Don’t Ask Don’t Tell” is already causing problems for military chaplains.) The President’s prayer proclamation also contradicts his actions associated with his health care plan that could force people to pay for abortions and contraceptives against the teachings of their faith