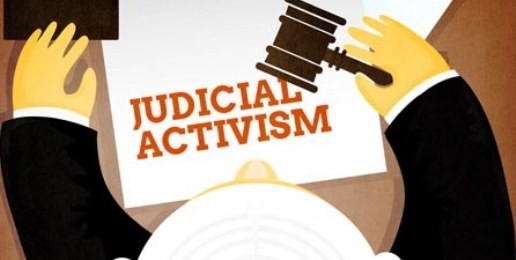 In response to yesterday’s ruling by U.S. District Court Judge Virginia Phillips in a case brought by the gay activist group Log Cabin “Republicans” (LCR), ordering a halt to enforcement of the 1993 law stating that homosexuals are ineligible for military service, Center for Military Readiness President Elaine Donnelly issued the following statement.

“U.S. District Judge Virginia Phillips has proven what the Supreme Court has recognized several times: The judiciary is the branch of government least qualified to make policy for the military.

“Judge Phillip’s outlandish ruling, which would not withstand Supreme Court review, sweeps aside the well-established principle of judicial deference to the other branches of government, which is firmly rooted in Article 1 of the U.S. Constitution. (Section 8: “The Congress shall have Power…to make Rules for the Government and Regulation of the land and naval Forces.”)

“Judge Phillips apparently sees herself as Supreme Judicial Commander of the U.S. Military, having reached her short-sighted conclusion after eight days of one-sided testimony from gay activists who failed to prevail in the legislative branch. It is absurd to suggest that a rogue district judge knows more than elected members of Congress.

“In 1993 Congress conducted twelve legislative hearings and numerous field investigations, followed by hours of floor debate culminating in bipartisan, veto-proof majorities enacting the 1993 law. Unlike the Clinton administrative policy known as ‘Don’t Ask, Don’t Tell,’ the actual law clearly states, ‘There is no constitutional right to serve in the armed forces.’ (Section 654, Title 10, U.S.C., Finding No. 2)

Donnelly continued, “If the U.S. Solicitor General does not appeal Judge Phillips’order in the Log Cabin case, the Obama administration will have abandoned fundamental constitutional principles allocating power and responsibility for military affairs to the legislative and executive branches, just to deliver on the president’s political promises to LGBT (lesbian, gay, bisexual, transgender) activist groups.

“White House officials are well aware that allowing the judiciary to take command of the military, or any action themselves to implement orders or regulations revoking the 1993 law administratively, would break faith with the troops and destroy bonds of trust that must exist between the Commander-in-Chief and the forces he leads.

Commenting on the administration’s conduct of the Log Cabin case, Donnelly added, “Justice Department lawyers did not present a “facial” case before the district court (defending the law “on its face,”) because the law and several Supreme Court precedents did not require them to do so. Instead, they relied on the long-standing principle of judicial deference in military matters, and the separation of powers doctrine embodied in the U.S. Constitution.

“This presentation in court obligates the Obama Administration to file an immediate appeal. (See page 9 of Judge Phillips’ decision.) The district court order purporting to govern the military worldwide is so irregular and extreme, even the controversial Court of Appeals for the Ninth Circuit might reject it. The Supreme Court certainly will.

“Department of Justice attorneys know this. We expect the administration to appeal and the Supreme Court to affirm once again that federal judges do not have the power to make policy for our military. President Obama must not surrender constitutional powers to the courts for reasons of political expediency, particularly when the Defense Department and Congress are in the midst of an ongoing review of the consequences of repealing the 1993 law.”

More information on this subject is provided in several sections of the website of the Center for Military Readiness and the Military Culture Coalition.