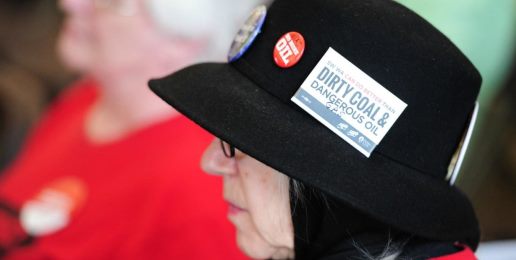 In the latest bout of political theater, 19 congressional Democrats took the stage of the Senate floor Tuesday to attack free-market organizations for allegedly spinning a “web of denial” on global warming. Casting the right to free speech aside, the senators are spinning a web of climate hysteria and economic illiteracy.

Sen. Tim Kaine, D-Va., said, “We have to be open to different points of view, but when the science is settled and people who know better are fighting against it, we should know better.”

In other words, as far as liberals are concerned, it’s now a self-evident truth that climate change is urgent, catastrophic, and man-made, and the only way to stop it involves massive government intervention.

It’s not surprising liberals view the issue as urgent, given they believe such absurdities as that man-made global warming is irreversibly cooking our planet, melting the ice caps , creating climate refugees in the tens of millions, and will ultimately result in Manhattan being underwater. Suddenly, it makes (a little) sense why they want us to de-develop to the Stone Age by keeping the world’s natural resources in the ground to stop climate change.

Let’s move back to the initial belief that climate change is real. The fact of the matter is that no overwhelming consensus exists among climatologists on the magnitude of future warming, man’s impact on the climate, or on the urgency to reduce carbon dioxide and other greenhouse gas emissions.

In fact, looking at the data from the federal government’s own National Oceanic and Atmospheric Administration and the United Nations Intergovernmental Panel on Climate Change provides plenty of reason to slow down on alarmism.

There are a number of climate phenomena that activists warn are signs of oncoming, catastrophic global warming. Among these alleged markers of environmental doom are: increasing hurricanes, widespread floods and droughts, and a sea level rise that will harm coastal communities.

President Barack Obama has proposed a “keep it in the ground” environmental agenda, which pushes American policy away from cultivating energy from fossil fuels and natural gas. This economic ignorance is as alarming as the scientific ignorance. The proposed policy nonsolution of avoiding fossil fuels, which Obama’s scientific adviser recently called “unrealistic,” will exact significant economic pain on families and businesses.

Conventional fuels like coal, oil, and natural gas primarily power the American and global economy. These natural resources meet 80 percent of the world’s energy needs because they are affordable and reliable. They also significantly improved the quality of life and health for billions of people all over the world.  Regulating conventional fuels out of existence will raise energy prices that hit families again and again because almost everything we buy requires energy to make.

Keeping fuel in the ground keeps the world’s poorest citizens trapped in poverty. It will deprive the 17 percent of the world’s population who don’t have access to electricity and 35 percent who don’t have clean cooking facilities from achieving a better standard of living.

The web of denial charade might provide enough hot air to make some subsidized windmills spin, but it carries a concerning message that threatens scientific debate and dismisses economic realities.

Nicolas Loris, an economist, focuses on energy, environmental and regulatory issues as the Herbert and Joyce Morgan fellow at The Heritage Foundation. Read his research.

This article originally posted in The Daily Signal.

Child Abuse in Plain Sight
b
a
x
r