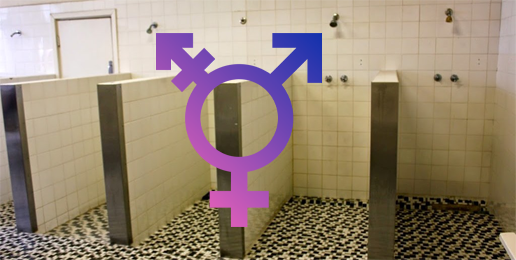 The Army recently released a new training presentation for troops regarding their interactions with transgender soldiers, and guidelines regarding gender transition in the military. The policy favors the needs and feelings of the individual over the well being of the unit, a practice that is formerly foreign to military protocol. In the Christian Post, James Hasson, a former Army captain, shed some light on the PowerPoint presentation containing the new procedures:

“For a soldier to officially change gender requires only some paperwork. A military doctor or civilian medical professional must certify that the transgender person has achieved ‘stability in the preferred gender’ and the soldier must change the gender designation on the soldier’s passport or birth certificate,” Hasson wrote. “From that point on, the transgender soldier is ‘expected to adhere to all military standards associated with their gender,’ and ‘use the billeting, bathroom and shower facilities’ of their new gender.”

Since no sex-reassignment surgery is required, this means that, among other things, female soldiers will have to shower alongside “transitioned females” (with male genitalia), and male soldiers will be forced to shower with “transitioned males” (with female genitalia). This practice does nothing to improve combat readiness, but rather contributes to making the normal 30-some person shower that soldiers are routinely subjected to an even more unpleasant and violating experience.

Further, The Federalist points out that:

The changes also affect drug-testing procedures. DoD Instruction 1010.16 requires urine specimens to be “collected under the direct observation of a designated individual of the same sex as the Service member providing the specimen.” To be blunt, “observers” must watch the urine sample leave the tested soldier’s body and enter the collection cup.

Practically, this means that biologically born females may be forced into very exposed and uncomfortable one-on-one situations such as the one described above with “transitioned females,” who may still have male genitalia. Rather than protesting this blatant breach of privacy and social boundaries, biologically born female and male soldiers must simply accept these new policies and their implications, for the sake of their transgender peers.

Obama-era military policies like these continue to haunt and hinder the Armed Forces, placing emphasis on and favoring a minority group and social platform rather than building service members up to be stronger, more lethal, unified, and ready to protect America from danger. A One News Now contributor highlights this well:

“The social extremism that characterized the last eight years still haunts the Defense Department at a time when the military can least afford it,” FRC President Tony Perkins warned. “With ISIS torching its way across the Middle East, our troops shouldn’t be torn between its role securing America and securing the Left’s radical social agenda.”

Thankfully, President Trump has expressed a desire to further strengthen our military. If these new policies take effect, may their detrimental consequences quickly be brought to attention, so that the military’s focus can shift from coddling a small group of people at the expense and privacy of many, to ensure our military is a force to be feared and reckoned with.