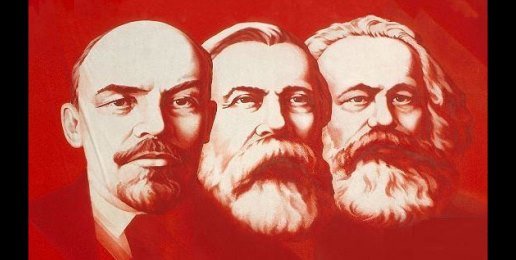 Conservatives and Christians, Do Not Be Duped By Cultural Marxism
Written By Tami Jackson   |   08.14.17
PRINT

Virtually anyone over the age of 25 today has heard of Karl Marx and Marxism, though many remain ignorant of Marx’s history and the subsequent cultural ideology that emerged from aspects of his economic theories.

Karl Marx was the grandson of a Jewish rabbi, but his father converted to Lutheranism to escape the antisemitism endemic in Germany, and Karl and siblings were baptized in a Lutheran church in 1824.

Like so many young people today, Marx became enamored with radicals at the University of Berlin, and in 1844 at the age of 26, Marx met the German socialist, Friedrich Engels, which sparked a friendship and collaboration.

Marx is perhaps most famous for describing religion as “the opiate of the masses.”

Marxism is a godless theory that promotes the view that what we can see and touch is all that exists: There is nothing beyond this mortal life, there is no hope of eternity in heaven, no dread of hell, no thing called sin. Therefore, everything in life is detached from any intrinsic value. Every act is valuable only if it contributes to the well-being of the proletariat (i.e., the lower or working class). Marx viewed society through an economic lens that divided people into groups based on economic wealth. The wealthy were deemed oppressors of the poor.

From Marxism emerged a social and political movement called the Frankfort School and its more comprehensive (i.e., not merely economic) theory of social criticism called Critical Theory, which began in Germany and later moved to academic institutions in the United States. Critical Theory is a complex and diverse set of ideas that share in common the goal of critiquing those forces in cultures that purportedly enslave and oppress humans.

In the view of critical theorists, those forces include traditional and natural institutions like marriage, family, and religion, as well as norms pertaining to sexuality. The sustained attack on these institutions and norms manifests through movements like Second- and Third-wave feminism, the homosexuality-affirming movement, and the “trans”-affirming movement. Many refer to these post-modern, politically correct, “progressive” movements as part of or emerging from “Cultural Marxism.”

The embrace by conservatives of political figures like Milo Yiannopoulos  who delights in flaunting his homosexuality suggests that Critical Theory has corrupted even conservatism. Milo claims to be a conservative, yet, like so many libertarians, divorces God’s transcendent truth from social and political theory.

Unfortunately, Yiannopoulos is not alone. Increasing numbers of Christians and conservatives capitulate to the cultural demands to tear down essential norms and institutions. Worse still, they exhort others to refrain from “judging” or “condemning” life choices inimical to human flourishing.

Too many libertarians and a growing number of conservatives advocate for near-absolute autonomy with a concomitant disregard for either moral truth or the public good.

Dr. Paul Kengor writes this in his book 11 Principles of a Reagan Conservative:

Yet, in truth, as Reagan understood, to invoke freedom alone is a mistake. Freedom by itself, isolated, is libertarianism, not conservatism. For the conservative, freedom requires faith; it should never be decoupled from faith. Freedom not rooted in faith can lead to moral anarchy, which, in turn, creates social and cultural chaos. Freedom without faith is the Las Vegas Strip, not the City of God. Freedom without faith begets license and invites vice rather than virtue.

Faith infuses the soul with a sanctifying grace that allows humans in a free society to love and serve their neighbors, to think about more than themselves. We aspire to our better angels when our faith nurtures and elevates our free will.

America’s survival depends upon citizens with inner moral constraints striving to do what is right, not just what feels good at the time.

Remember that liberty divorced from truth ultimately results in chaos and destruction. Pray and act to advance God’s truth unapologetically and without ceasing.

Righteousness exalts a nation:
but sin is a reproach to any people.
~Proverbs 14:34~

Big Government Poses a Threat to Faith in God

Family is the Enemy of Socialism
b
a
x
r