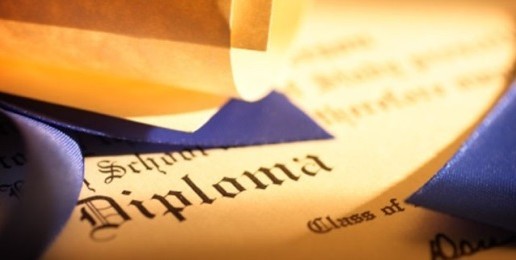 And calling the crowd to him with his disciples, he said to them, “If anyone would come after me, let him deny himself and take up his cross and follow me. For whoever would save his life will lose it, but whoever loses his life for my sake and the gospel’s will save it. For what does it profit a man to gain the whole world and forfeit his soul? For what can a man give in return for his soul? For whoever is ashamed of me and of my words in this adulterous and sinful generation, of him will the Son of Man also be ashamed when he comes in the glory of his Father with the holy angels.” Mark 8:34-38 ESV

The things we choose to surround us often define us. We choose to put before our eyes those objects that are meaningful to us, even if they strike others as odd. My library is filled with many objects that visitors find reassuring, no doubt. But other objects might give visitors pause.

There are several large ship models in my library–all but one from the great age of sail. The one exception is a long scale model of Titanic. That beautiful ship is a parable before my eyes. Titanic stands alone as a symbol of human pride and arrogance; the unsinkable ship sinking on the morning of April 15, 1912 with a loss of 1,500 lives. This very weekend marks the one hundredth anniversary of the sinking of another great ship, the Lusitania, torpedoed by a German U-boat on May 7, 1915, with a loss of almost 1,200 lives, including an unprecedented number of children and infants. Titanic struck an infamous iceberg, but the Lusitania was sunk by a ruthless torpedo.

What both ships have in common is the fact that in the first class sections of these liners some of the wealthiest people on the planet went aboard with some of their finest objects — dazzling jewels and even fine art. Those who died took their wealth only as far as the ocean bottom. Some were dancing on the deck just shortly before disaster struck.

All this may seem to be a rather depressing introduction to a charge for graduates of Boyce College. This is a momentous day and a day of genuine joy. Why bring up Titanic and the Lusitania?

Well, because Jesus did. Not exactly, of course. But in Mark 8:34-38 we read our Lord’s warning that those who would save their life will lose it. Those who look for full satisfaction in this life will never gain it. Those who demand their best life now will forfeit life with Christ.

As a matter of fact, what Jesus said was this:

For whoever would save his life will lose it, but whoever loses his life for my sake and the gospel’s will save it. For what does it profit a man to gain the whole world and forfeit his soul?

In the larger context, Jesus had issued a call to discipleship — “If anyone would come after me, let him deny himself and take up his cross and follow me.” Jesus is not looking for mere believers, though belief is the first command. Christ has called for those who believe in him to serve him and follow him and obey him — even to take up our own cross as his disciples. The servant, Christ also told us, is not greater than his master.

I was recently looking at a book of commencement speeches. They were mostly unremarkable, but the general tone was that college graduates were told to seize the day and believe in themselves. Well, go seize the day and believe in yourselves. Get a good job and a lot of stuff and smell the roses and develop be happy attitudes. Where does that get you?

Make a fortune and waste it wantonly. Make a name for yourselves and get your name listed at your favorite charity. Bloom where you are planted. What does that gain you?

This really is a great day, and we all feel the promise of it. The promise is genuine. We are marking a major achievement here — one so valuable that people have sacrificed a great deal to make this possible. Professors and teachers have dedicated their lives to this calling — the high calling of Christian scholarship. The graduates before us today have completed major programs of demanding scholarship and have earned the degrees awarded today and the diplomas that will soon hang on walls. Hours upon hours of reading, study, teaching, writing, and learning are represented today by academic gowns and engraved diplomas and honest smiles.

A college degree is no small thing. Today, it is a major dividing line in the economy. The graduates who cross this stage and receive these degrees are not receiving trophies given out without regard to achievement and distinction. Boyce College represents the finest traditions of Christian scholarship, teaching, and learning.

None of these graduates arrives at this moment alone. Parents, grandparents, congregations, and a host of others stand behind the achievement recognized today. But, even if these graduates have not produced themselves, they have produced hard academic labor, and they will cross the stage alone.

Of course, they also mark this day as the object of our prayers and love and expectations. They embody so many of our hopes and we feel their day of commencement as if it were our own.

Graduates, enjoy this day to the fullest, but enjoy it with those who helped bring you to this day. Accept hugs and give hugs as tangible expressions of what cannot be put into words. Look at your fellow graduates and realize that you will never again sit together in this life as you sit together now.

Jesus called the crowd and his disciples to himself, and then called for them to follow him. The logic of Christian discipleship is unlike any other logic you will ever hear. He who would save his life will lose it, whoever loses his life for the sake of Christ and his gospel will save it. If anyone is ashamed of Christ and of his words in this generation, the Son of Man will be ashamed of him when he comes in the glory of his Father with the holy angels.

That is a lot different than bloom where you are planted. Christ has issued a call to put everything on the line for the sake of following him, and to follow him with the logic of discipleship, not the logic of this world. Seen in light of that logic, this day does not look smaller, but larger, precisely because it now appears in the calendar of God’s sovereign purpose.

“For what does it profit a man to gain the whole world and forfeit his life? For what can a man give in return for his life?”

Those questions can be asked–and answered–only in light of the gospel, only in the light of Christ.

Graduates of Boyce College, follow Christ with all your heart for the length of your days. Lose your life to save it. Take up your cross in the name of the One who died on a cross for you. Use the education you have earned for the glory of God and for the sake of the church and for the furtherance of the gospel. You go with our hopes, with our prayers, in our hearts. Be not ashamed of Christ, and he will be unashamed of you. Live every day in anticipation of the coming of the Son of Man in the glory of his Father and with the holy angels.

As Christ himself has reminded us all — What do you have to lose? For the sake of Christ, count it all gain . . . count it all joy.

A Charge to Graduates delivered by R. Albert Mohler, Jr. to the graduating class of Boyce College, May 8, 2015 in Alumni Chapel at The Southern Baptist Theological Seminary.