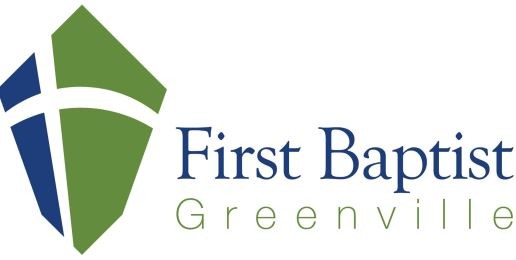 The historic First Baptist Church of Greenville, South Carolina, announced in May that it would declare itself be “open and welcoming” to all people and that it would allow same-sex marriage and ordain openly homosexual ministers.

The move came after the church had undergone a “discernment” process under the leadership of a “LGBT Discernment Team.” That team brought a report to the church’s deacons, who then forwarded it to the congregation. The church then approved the statement by standing vote.

The statement is very clear: “In all facets of the life and ministry of our church, including but not limited to membership, baptism, ordination, marriage, teaching and committee/organizational leadership, First Baptist Greenville will not discriminate based on sexual orientation or gender identity.”

The Greenville News told of the congregation’s discernment process and then introduced its news story like this:

“Would the congregation be willing to allow same-sex couples to marry in the church? To ordain gay ministers? To embrace the complexities of gender identity? In an evangelical church born in the antebellum South? Whose founder more than a century and a half ago served as the inaugural president of the Southern Baptist Convention? Here, in Greenville? The answer to each was ‘yes.’”

The congregation, now more than 180 years old, is one of the most historic churches in the South. It participated in the founding of the Southern Baptist Convention in 1845 and its pastor, William Bullein Johnson, became the SBC’s first president. The church was largely responsible for the birth of Furman University and its old “church house” became the first home of The Southern Baptist Theological Seminary in 1859. Few churches in the South can match its historical record.

Nevertheless, First Baptist Greenville and the Southern Baptist Convention had moved in very different theological directions in the last quarter of the twentieth century. The church was moving steadily in a more liberal direction and the Southern Baptist Convention was moving to affirm the inerrancy of Scripture and a far more confessional understanding of its identity.

The church and the denomination were set on a collision course, and the congregation voted to withdraw from the Southern Baptist Convention in 1999. If that had not happened, the SBC would have moved to withdraw fellowship on the basis of the church’s announcement in May. The denomination has adopted a policy of withdrawing fellowship from any church that affirms or endorses homosexuality.

By the early 1990s, it was clear that the historic church and the denomination it helped to establish were operating in different theological worlds. The Conservative Resurgence in the Southern Baptist Convention met stiff opposition from many old-line churches like First Baptist Church in Greenville. The Greenville church included many faculty members from nearby Furman University, which also separated itself from the South Carolina Baptist Convention.

The central issue of dispute was the inerrancy of the Bible. The more liberal faction in the SBC affirmed that the Bible is “authoritative,” but would not affirm inerrancy. Conservatives focused their arguments on the necessary affirmation that the Bible is completely without error. Both sides knew that the issues at stake ranged far beyond inerrancy, but both sides also knew that inerrancy was the central axis around which all other issues revolved.

Having abandoned and rejected the inerrancy of the Bible, the congregation has no real means of affirming the authority of Scripture as anything more than an historic point of reference — inspired in some way and authoritative to some degree.

This is one of the central lessons now revealed two decades after the Conservative Resurgence in the Southern Baptist Convention had gained control of the denomination. The moderate-to-liberal faction in the SBC is now affirming theological and moral positions that the leadership of that movement would have condemned at the height of the controversy. The old liberal wing of the SBC is marching steadily left, and the new generation of more liberal leaders is pushing far beyond where the older leadership of their own movement would have gone.

Evidence of that is seen in the Cooperative Baptist Fellowship, a group that broke away from the Southern Baptist Convention in the early 1990s, rejecting the affirmation of biblical inerrancy. On May 9, 1991, the Cooperative Baptist Fellowship adopted an “Address to the Public” that explained why the group had separated from the SBC. “Many of our differences come from a different understanding and interpretation of Holy Scripture,” they said. “But the difference is not at the point of the inspiration and authority of the Bible.” They went on to state clearly: “The Bible neither claims nor reveals inerrancy as a Christian teaching.”

Significantly, the claim that the difference between the SBC and the CBF was not over the inspiration and authority of Holy Scripture is undermined by the document as a whole. While the SBC and the CBF may both affirm the inspiration and authority of the Bible, these are not equivalent affirmations. If the inerrancy of the Bible is not affirmed, plenary verbal inspiration is also not affirmed, nor is the authority of Scripture affirmed as extending to its very words. Moderates in the SBC generally affirmed a “dynamic” model of biblical inspiration that extends to the ideas of Scripture rather than to its words. This means that the Bible, when claimed as authority, is a collection of inspired ideas and that the actual words are not, in themselves, binding.

That explains how, in one generation, more liberal churches have reversed themselves on the question of homosexual behavior and relationships. Just one generation ago, virtually all of the churches now in the CBF clearly affirmed the sinfulness of homosexuality. Now, many are moving to affirm same-sex marriage and to ordain gay ministers.

The lesson — once a church or denomination is untethered from the inerrancy of the Bible, there is no brake on the relativizing effects of cultural pressure.

Interestingly, one key question now is whether the Cooperative Baptist Fellowship can survive this transformation intact. A younger generation of leaders is pressing forward with the full normalization of homosexuality, acceptance of same-sex marriage, and ordination of gay ministers. The CBF, however, while embracing many churches that have taken such actions, does not hire openly-gay staff. In 2000, the CBF National Coordinating Council adopted a policy that states: “Cooperative Baptist Fellowship does not allow for the expenditure of funds for organizations or causes that condone, advocate or affirm homosexual practice. Neither does this CBF organizational value allow for the purposeful hiring of a staff person or the sending of a missionary who is a practicing homosexual.”

The CBF is now set on a collision course with its own rising generation of leaders. They are not going to let that policy stand. How can they, when they are enthusiastically joining the LGBT revolution?

That 2000 CBF policy, still in effect, dates back to when an older generation was leading the CBF and it reflects the fact that many of the churches that were ready to join the CBF in the 1990 were not (yet) ready to endorse homosexuality. The CBF has no argument against homosexuality on biblical terms, so it is only a matter of time before it changes its policy. Even in 2000, the group announced the policy but claimed to take no “position” on homosexuality itself: “CBF values and respects the autonomy of each individual and local church to evaluate and make their own decision regarding social issues like homosexuality.”

Amazingly, a similar claim was made by Jim Dant, the pastor of First Baptist Greenville. The church announced that it was officially ready to ordain gay ministers and celebrate same-sex weddings, but the pastor told his church “we made no decision regarding the issue of homosexuality.”

That is theologically, biblically, morally, and even logically incoherent. The church most certainly did make a decision regarding homosexuality. Every single member of that church is now a member of a church that will accept same-sex couples as members, celebrate gay weddings, and ordain LGBT ministers. That is making a decision.

The congregation assigned a LGBT Discernment Team, but there is no evidence that the team made any effort to discern the Scriptures. Instead, it discerned the congregation itself, determining that “being open and welcoming to all is a part of the essential nature of our community of faith.”

There are big lessons here for every church, every denomination, and every Christian institution. Once biblical inerrancy is abandoned, there is no brake on theological and moral revisionism. The Bible’s authority becomes relative, and there is no anchor to hold the church to the words of Scripture and 2,000 years of Christian witness.

The discernment process at First Baptist Church in Greenville offers us all ample lessons that should lead to a more fundamental discernment: Without the affirmation that the Bible is inerrant, “discernment” leads to disaster.

This article was originally published at AlbertMohler.com

Dr. R. Albert Mohler Jr.
Dr. R. Albert Mohler Jr., serves as president of The Southern Baptist Theological Seminary – the flagship school of the Southern Baptist Convention and one of the largest seminaries in the world. Dr. Mohler has been recognized by such influential publications as Time and Christianity Today as a leader among American evangelicals. In fact, Time.com called him the “reigning intellectual of the evangelical movement in the U.S.” In addition to his presidential duties, Dr. Mohler hosts two programs: “The Briefing,” a daily analysis of news and events from a Christian worldview; and “Thinking in Public,” a series of conversations with...
Full bio and more from Dr. R. Albert Mohler Jr.