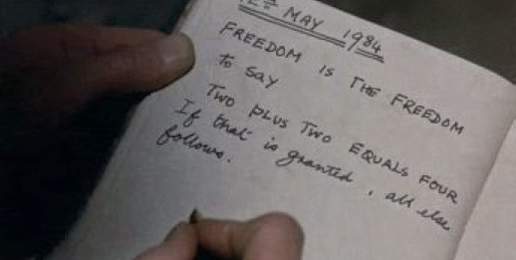 There’s a sense in which we surrendered this battle a long time ago when we quietly and foolishly capitulated to the expulsion of God from government and public policy. It seemed so harmless then.

But government recognition of God is the lynchpin of freedom. Once a government stops recognizing God as an authority over itself it is only a matter of time before it stops acknowledging the existence of any morality external to itself that is binding upon its actions. Unrestrained by God and his moral law, government officials are free to make up the rules as they go along. Stated simply, government without God becomes God. Citizens get whatever liberties the people who happen to be in power at the time decide to give them. Welcome to America in the 21st century.

Christian business-owners are forced to participate in homosexual “weddings” or risk losing their livelihood. Laws are passed and edicts issued to force us to pretend that men are women and women are men. If Gov. Bruce Rauner signs SB 1564 into law pro-life doctors and nurses will be forced to discuss the “benefits of abortion” with their patients. Freedom of conscience and the right to speak and live in obedience to truth is on the verge of obliteration. Will anyone miss it when it’s gone?

I’m not sure they will.

We’re about to lose these rights in part because we haven’t been exercising them. Ironically, the problem is also the solution. God’s truth in the public square is still what is desperately needed  whether it staves off national disaster or not. Unfortunately, what could be a shining moment for the church is looking more and more like a non-event. Where are the letters to the editor from local church leaders? Where are the pastors speaking out at local school board and civic meetings? Where are the sermons preparing us for the persecution that’s all but inevitable? What’s the plan, oh Mighty Men of God?

My greatest fear is that the plan is to do nothing, say nothing, stand for nothing. Our biggest failing is not intolerance. It’s indifference. Are we our brothers’ keepers or not? Cain thought that was a throwaway question. Do we?

Two plus two is about to equal five.  What’s the plan, oh mighty men of God?

ACTION:  Click HERE to send a message to Illinois Governor Rauner, urging him to uphold religious freedom and conscience rights for medical personnel in Illinois.  Ask him to veto SB 1564 and the tyranny it represents.