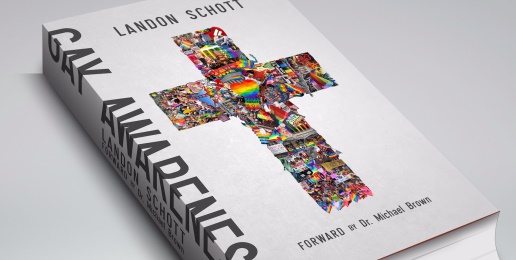 “Do what thou wilt shall be the whole of the law.” Aleister Crowley, Satanic priest and paragon to Alfred Kinsey, father of modern sex education

Order and anarchy. Good and evil. Truth and lies. Natural sexuality (within marriage) and homosexuality (of any kind).

The contrast is bright as day is to night. While Christ repeatedly condemned all “sexual immorality” as defined in the Old Testament Jewish moral code (which includes homosexual behavior), God’s Word, throughout both the Old and New Testaments, specifically denounces as evil rising to the level of “a detestable sin” all same-sex sexual conduct – be it “loving, monogamous and committed,” or otherwise.

Leviticus 18:22, for instance, admonishes, in no uncertain terms: “Do not practice homosexuality, having sex with another man as with a woman. It is a detestable sin.”

1 Corinthians 6:9 warns: “Or do you not know that the unrighteous will not inherit the kingdom of God? Do not be deceived: neither the sexually immoral, nor idolaters, nor adulterers, nor men who practice homosexuality.”

Yet deceived they are, and without the Kingdom of God they remain.

Indeed, today there persists a burgeoning racket of apostate biblical revisionists who rationalize sexual sin. Notwithstanding a level of deception rooted in a deeply heartfelt and genuinely emotional variety of wishful thinking, the Holy Bible, thousands of years of history and uncompromising human biology nonetheless remain incontrovertible: Unrepentant homosexual behavior is, always has been and always will be 100 percent and irredeemably wrong.

Still, few people realize that there is a “Bible” that not only affirms homosexuality (all forms of sexual immorality, in fact), but that goes so far as to make sin the centerpiece of its doctrine – its “golden rule,” if you will.

In his fantastic new book, “Gay Awareness: Discovering the Heart of the Father and the Mind of Christ On Sexuality,” author and minister Landon Schott devotes an entire chapter to this “gay”-affirming “Bible.” “[O]ut of the 31,102 verses in the Bible,” he writes, “not one supports a homosexual lifestyle in any way – not one. If you are still looking for a scripture that supports homosexuality you need to close your Holy Bible and open The Satanic Bible!”

That’s right. The Satanic Bible is the only “gay-affirming” Bible in existence (save a handful of heretical and intentionally mistranslated Bible counterfeits).

“Satanism condones any type of sexual activity which properly satisfies your individual desires, be it heterosexual, homosexual, bisexual, or even asexual, if you choose. Satanism also sanctions any fetish or deviation which will enhance your sex life, so long as it involves no one who does not wish to be involved.”

Satanism? Sounds more like the “values neutral” “comprehensive sex education” curriculum pushed on children in most of today’s public schools.

Contrast this with Christianity. Romans 13:13-14, for example, commands, “Let us behave properly as in the day, not in carousing and drunkenness, not in sexual promiscuity and sensuality, not in strife and jealousy. But put on the Lord Jesus Christ, and make no provision for the flesh in regard to its lusts.”

Consider The Satanic Bible’s following sex-centric passages. They read like the mission statements of the Human Rights Campaign (HRC) or GLSEN:

“That last verse from The Satanic Bible,” observes Schott, “reminds me of a powerful proverb on the adulterous woman. Proverbs 30:20 says, ‘This is the way of an adulterous woman: She eats and wipes her mouth and says, “I’ve done nothing wrong.”‘ Again and again The Satanic Bible tells its readers that there is nothing wrong with giving in to your natural sexual desires. The Bible tells us to resist the sexual desires of the flesh,” he concludes.

Schott points out, and I agree wholeheartedly, that homosexual practitioners are not necessarily demonic (or demon possessed) and that they are desperately in need of Christ’s Truth, in love, as well as much prayer.

Even so, it remains true that homosexual sin is demonic.

All good things come from God the Father, and all wickedness comes from the father of lies. If God designed biblical marriage and natural human sexuality, and He did, then we are left no doubt as to who designed its counterfeit – as to who fabricated pagan “gay marriage” and otherwise perverted God’s perfect purposes for human sexuality.

For the Bible – and The Satanic Bible – tells me so.