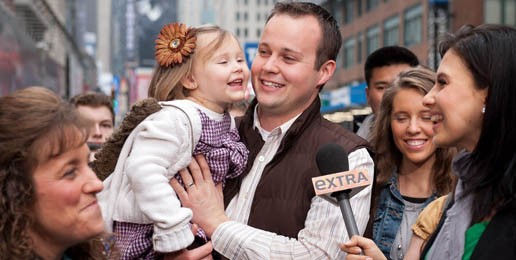 The viral discussion regarding Joshua Duggar over the last few weeks presents us with a very troubling but interesting irony.  Anyone interested in the glory and honor of God and the well-being of children cannot help but be saddened by these events.  But, it has been interesting to listen to the debate.  I will have to leave the legalities to others as I do not know what was done and should have been done then and what ought to be done now.

But, I would ask a simple question: If America is going to reject the biblical and historical definition of marriage as normative, if we believe that sex need not be limited to a man and a woman who have made a life-long commitment, on what basis do we condemn a Joshua Duggar?

It is the biblical/historical definition of marriage, its demands for chastity until marriage, its emphasis on child-bearing, and the implicit and explicit biblical demands for maturity in marriage that places sexuality in a unique category requiring strict controls.   While all cultures have had restrictions of one kind or another on sexual activity, it is the Scriptures that give us an understanding as to why!  It is the spiritual and  metaphysical aspects of sexuality as well as its significant consequences that distinguish it from all other human activities and alone explain the pain and sorrows that go with its abuse.  If, as opponents of traditional marriage claim, sexuality is merely a “biological function,” why are children so traumatized by it?   Opponents of traditional marriage have worked feverishly to degrade sexuality to something any two people can do any time and most any place.  The casual attitude of modern culture regarding sexuality places it not far from eating or combing one’s hair.  One-night stands and anonymous sex are common, and one must assume from this that the promoters see sex as inherently meaningless beyond the pleasure of the moment.  This is one of the arguments that groups like NAMBLA make to de-stigmatize and legitimize pedophilia.

Many of those who are condemning Joshua Duggar do nothing to shield children from graphic sexual images in our culture.  Everywhere one looks, whether billboards, TV commercials, or programming itself, one is deluged by raw sexuality.  Even iconic Disney channel sexualizes little children in some of its programming.  It is clear the Left sees no reason for protecting children from sex.  Why their sudden obsession with Josh Duggar?

If sexuality is to be separated from one-man and one woman for life, and if sex is primarily about pleasure, then there is no explanation for why a boy touching or kissing a younger girl would be inappropriate, other than tradition.  In other regards America generally treats its children as if “fun” is all there is to life! Most parents are also pretty fast and loose with candy and other treats for their children.  If, on the other hand, a child, who is too young to understand, is still traumatized by a touch, it is clear that sexual activity goes far deeper than mere pleasure!  In these children’s responses, all, who care about truth, understand that the emperor of laissez-faire sexuality has no clothes.

Whether the Left likes it or not, the transparent response (trauma) of children to sexual contact proves that sexuality is not merely a biological function, and the biblical definition and restrictions placed on sexual expression give that negative reaction context.

If you do not accept a biblical definition of marriage, if you do not believe that sexual activity ought to be restricted to traditional marriage, and if you are consistent, you will find it intellectually impossible to condemn Joshua Duggar.