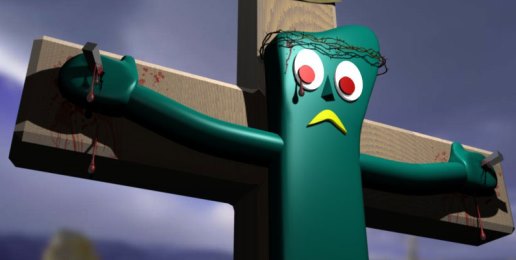 Being a Believer in America has become a complicated business lately. I should probably clarify, I’m not speaking about just any sort of believer. After all, believing “there is no god but Allah” is not complicated. You’ll earn a scandalous amount of slack and dhimmitude from a general populace too credulous to believe your insincerity. And it’s not all that difficult being a believer in Scientology or the other cultish theologies either. If a doctrinal complication pops up, it’s easy enough to amend your “divine” revelation and carry on as if the golden plates had green-lighted caffeinated beverages from the beginning.

No, I’m speaking primarily of the complications involved in following one of the more orthodox faiths like Christianity, Catholicism, and Judaism. It seems the complication stems from an unprecedented number of non-believers opining about the dictates of our God and our faith. Anyone and everyone seems willing (and somehow qualified?) to open their mouths and reveal their biblical acumen, whether they’ve actually read a page from a Bible in their lifetime or not. True, we’ve always dealt with the Matthew 7 crowd, who learned one Bible verse and has been using it as a cudgel to defend their own iniquities ever since, but this is different.

We have Marxists in the Obama Administration telling us that Jesus was a refugee, in an effort to justify open immigration. There are Anarchists, squatting in tent cities, claiming that Jesus was part of the 99%. Nearly any Muslim you meet will be more than happy to explain to you that Christ was a prophet of Allah and was saved from the Crucifixion before He died on the cross. Celebrities of all stripes stand up to declare that there is no cognitive dissonance between their Christian beliefs and their support of the homosexual movement. Pastors and spokes-idiots from major Christian congregations have waved the rainbow flag, declaring that they “aren’t anointed” to speak on sin and that Jesus “never made a statement on homosexuality”. Well garsh, the Lord never made a statement on voter fraud or sex slavery either. Are you suggesting it’s time for Christians to embrace the rights of citizens to fraudulently vote as many times as they like, bringing along their indentured harem to help stuff the ballot box, Pastor?

Why all the biblical static? Why now? Christians have always been maligned for their abstinence from worldly indulgence. Why is there so much noise around the person of Christ and so much antagonism towards the historical Christian position? As with many of the flaws of our modern world, the most obvious answer is moral relativism. The more people are educated in our morally-bankrupt public schools, the more pervasive relativism becomes.

The Hegelian “synthesis”, which Francis Schaeffer warned about, has become pandemic. We no longer live in an antithetical world, where right and wrong are incompatible. Instead of thinking in terms of thesis/antithesis, the two are now combined into a synthesis, crowning error and hamstringing truth. This embrace of Hegelian philosophy means that incompatible beliefs can now be BFFs. This is how we can explain phenomena like Jews for Palestine, LGBT Christians, Materialist Philosophers, and Christian Anarchists. When truth can be whatever you decide to make it, don’t be surprised at what walks through the front door.

Another more culpable reason for the distillation and confusion of the Judeo-Christian moral ethic is the prevalence of Milksop Christianity. When we think about some of the boldest and most unabashed voices defending Christianity today, we think of the Duck Commander, Franklin Graham, and Clash Daily’s own Doug Giles to name a few. Yes, there are undoubtedly more, but not many. With all due respect to these brothers and sisters, their firm, biblical stance today wouldn’t have even moved the needle 100 years ago. We’ve become soft and afraid, so the bold seem a bit taller today than times past.

A majority of today’s believers are biblically illiterate, not being able to distinguish between Saul the son of Kish and Saul of Tarsus. As Pastor Smiley has said, “If Jesus were here today, he wouldn’t be riding around on a donkey. He’d be taking a plane, he’d be using the media.” Let that wisdom marinate for a few… But it goes deeper than biblical illiteracy, today’s church is pusillanimous. Being illiterate when it comes to God’s word is inexcusable for a Christian, but being illiterate and scared? Abhorrent.

Yes, we serve a God who advocated a gentle answer and a loving response to nearly every situation. We also serve a Lord who thrashed a crowd of people when His Father’s house was suffering materialist prostitution. We serve a God whose Justice is as fearsome as His mercy is awesome. Read about the character of God in the words of His anointed messengers: the books of the prophets and the Psalms. Jeremiah, Isaiah, and the rest are literal windows onto the visage of our God.

“Make him drunk,
Because he exalted himself against the Lord.
Moab shall wallow in his vomit,
And he shall also be in derision.

“And Moab shall be destroyed as a people,
Because he exalted himself against the Lord.”

This is the Lord we serve and this is the standard of justice to which we will be called to account. Instead of being frightened by the prospect of social disapprobation, we should fear the One who can sweep a nation away for the sin of self-exaltation. Instead of being shouted down by those still in rebellion to their Maker, we should be emboldened by our God, who, though terrible in His wrath, extended a tender hand of grace to each of us, while we were yet steeped in sin.

Stop propagating the synthesis of truth and error. Don’t allow a strident enemy of God to dictate how He will be portrayed. Too often, we become like David’s brothers, huddled in the tent, playing Parcheesi while we try to block out the slanders of Goliath. Let us instead gather our smooth stones from the river and stand implacably for our God, come what may. 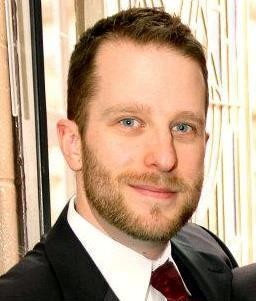 Luke Hamilton
Luke Hamilton is a classically-trained, Shakespearean actor from Eugene, Oregon who happens to be a liberty-loving, right-wing, Christian constitutionalist.  He spends his time astride the Illinois-Wisconsin border, leading bands of...
Full bio and more from Luke Hamilton
Related Articles