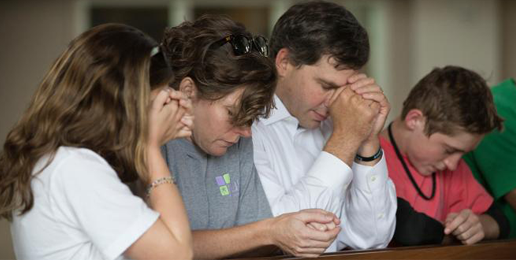 Standing Together for the Next Generation
Written By Jonathan Lewis   |   06.27.19
PRINT

A few months ago, Barna released the results of interviews conducted with 650 Protestant and Catholic church leaders “about the factors influencing spiritual formation and development” of children. The project, done in cooperation with Cardus, yielded some interesting findings.

First, unsurprisingly, both Protestants and Catholics agree that parents/family bear the primary responsibility for the spiritual formation and development of children. More specifically, 99% of Protestant pastors and 96% of Catholic priests rank parents/family as number one. I would agree.

Also unsurprising is that both groups rate the church as having the second-greatest responsibility (92% for Protestants, 77% for Catholics). So far, so good.

“School” and “Christian community” rank at #3 and #4 respectively for both groups, and government/society brings up the rear at #5.

All of this makes sense, and it’s good to see that church leaders recognize that parents bear the primary responsibility for the spiritual formation of the next generation.

Unfortunately, things get a little murkier after that.

When asked how their church prioritizes the spiritual formation of children, 73% of Protestant pastors said they do so through Sunday school or youth classes. (For the Catholic priests, the number one method was catechism and sacramental prep classes.) Other top priorities include encouraging children to participate in the main worship service, camps and VBS, and worship services for children.

Only 20% of Protestant pastors and 17% of Catholic priests listed “training parents for spiritual conversations/training at home.”

In other words, despite the fact that church leaders overwhelmingly recognize that parents play the most important role in their children’s spiritual formation, only about one out of five churches are actively training parents to fill that role.

I’m guessing most of us could back up that data with our own experience. How many churches have you attended or pastors have you known who have made equipping parents a high priority? Sadly, it’s often not on the radar—at least not on a consistent basis.

And yet, we could certainly make the case that raising the next generation in the ways of the Lord is equal in importance to any other responsibility God has given to His people. If that’s true, then why aren’t churches and pastors taking an active role in equipping parents to do their job?

We could speculate about the reasons for this disconnect, but I wonder if it really comes down to an unbiblical mindset of delegation that has permeated the thinking of American parents.

What do I mean by that? Simply this: most parents in modern America parcel out their children’s upbringing to outsiders rather than doing it themselves.

We delegate our children’s minds to the teachers at school.

We delegate their physical development to a gym teacher or coach.

We delegate their entertainment to screens.

And we delegate their spiritual growth to a children’s worker or youth pastor at church.

Then we sit back, feeling like we’re doing a good job because we’ve got all the bases covered.

Instead, He calls us to be active participants. In truth, I would suggest that He calls us to do far more than we delegate. (In fact, that’s a great question to ask in relation to your kids: are you doing more than you’re delegating? If not, it’s time to think about realigning priorities.)

And so in this context, I believe that many churches have been willing participants in this system of delegation. And even while pastors recognize that parents ought to be shouldering the primary responsibility of teaching their children, perhaps there’s a fear that they won’t—and so the church has to take up the slack. And then somewhere along the way, equipping parents gets lost in the shuffle.

Maybe there are other reasons as well. I don’t know. What I do know is that it would be an amazing thing if more churches started devoting more time and energy to equipping parents for this incredible responsibility of teaching and training the next generation.

I don’t know what the solutions are. Perhaps a good start would be more sermons on family related topics. Churches that are blessed to have parents who have successfully raised godly children could offer mentoring relationships or a parenting Bible study class. Options such as these may not be the full solution, but they would at least be a start.

In the meantime, we as parents need to take our responsibility seriously whether our churches are equipping us as actively as we’d like or not.

For those of you who have completed you’re parenting journey and you’ve successfully launched God-honoring young people into the world, perhaps you could prayerfully consider how God might want you to come alongside younger families to help, equip, and support them.

Lastly, if you’re a pastor or church leader, I would encourage you to evaluate what your church is doing to equip parents. Is that part of your vision? If not, should it be? It’s worth considering in light of the value God places on parents and children.

Raising the next generation may not take a village, but it does take parents. And speaking on behalf of Christian parents everywhere, let me just say that we can use all the help we can get! The family is under attack, and it’s time for parents, the church, and the entire Christian community to stand together for the next generation.