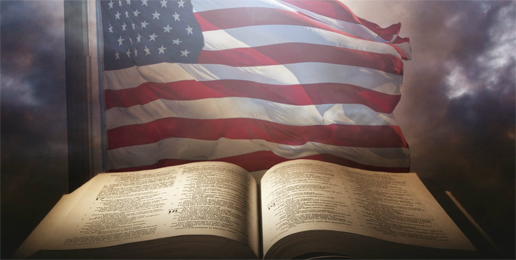 One of our most popular videos encourages pastors to speak out more on moral and cultural issues. And a poll I recently conducted on Twitter confirmed that congregants want their leaders to be more vocal on cultural and even political issues. But what is a proper balance? What should our priorities be as preachers of the Word and shepherds of the flock?

Most pastors would say, “My calling is to preach and teach the Scriptures, not to be a cultural commentator.”

To a certain extent, that is true. But it is also overstated. After all, doesn’t the Bible itself comment on culture? Doesn’t God’s Word intersect with society? Didn’t the prophets of old confront the evils of their day?

After speaking at a recent conference, a Black woman who works in the Human Resources department at a large Christian school wanted to speak with me. She and her husband support our ministry and she wanted me to sign my new book on evangelicals and Trump.

She also wanted me to know the tremendous significance of the work we were doing and how critically important it was that, as a ministry, we were addressing the pressing cultural issues of the day, including LGBTQ activism and race issues.

We receive comments like this on a daily basis, indicating that God’s people, the flock for whom Jesus died, need leaders to take public stands and give them practical guidance. Shouldn’t Christian leaders help their people navigate their way through these difficult cultural mazes as well?

To be sure, I do not believe that most pastors and Christian leaders are called to address moral, cultural, and political issues as much as those of us who are called to stand on the front lines of the culture wars. (This would apply to someone like me as a talk radio host and syndicated columnist.)

But certainly, there must be some intersection between the spiritual realm and these other realms. This sliding scale of priorities should prove helpful.

As teachers of the Word and shepherds of the flock, we start with spiritual issues. We start with the nature of God and the will of God and our relationship to God. We focus on the cross and the resurrection, on the significance of the Messiah’s death, on forgiveness of sins, on the Great Commission. This is the center of our bullseye in preaching and teaching, and this is where we begin.

As Paul famously wrote to the Corinthians, “For I decided to know nothing among you except Jesus Christ and him crucified” (1 Corinthians 2:3).

But Paul didn’t stop there, and through his first letter to the Corinthians, he addressed moral issues as well. In fact, we should strongly question any alleged spiritual experience that does not bring about moral transformation.

As revival scholar James Edwin Orr said, “The only proof of the new birth is the new life.” Or, in the words of Jacob (James), “someone will say, ‘You have faith and I have works.’ Show me your faith apart from your works, and I will show you my faith by my works” (James 2:18).

Virtually every single book of the New Testament calls for a moral response, and if our faith sees no connection between the spiritual and the moral, our faith is a sham. We demonstrate our spirituality by our morality. Anything less than that is called hypocrisy.

As we asked in the aforementioned video (which was released November 2018 and was not attempting to be “woke”), “Looking back on history, how do we feel about pastors and leaders who chose not to speak out during the days of slavery in America? Don’t we question their integrity and their courage? Don’t we wonder how they could have nothing to say in the light of such evil?

“What about those who had no problem with segregation, yet preached from the Scriptures every Sunday morning about God’s love and God’s goodness? Something just doesn’t line up.

“What about pastors and leaders who chose to remain silent during the Holocaust, when six million Jews were killed in cold blood? How do we feel about their silence today? And don’t we commend leaders like Dietrich Bonhoeffer who refused to compromise their convictions for the sake of safety and career?”

So, just as the spiritual and moral intersect, so also the moral and the cultural intersect. And that leads us to the last category: political.

Let’s say you are the parents of a six-year-old girl who comes home from school crying and confused. Her friend Johnny now believes he is a girl, and he just started using the girls’ bathroom at school.

In both cases, you decide to make appointments to speak with the school administrator who tells you that this is the policy throughout the county. Only the school board can change this.

But the school board consists of radical liberals, with not a single committed Christian among them. So you start a movement in your church community to enlist candidates to run for the school board. You have now become political.

What does this mean for pastors and preachers? We must always remember that the people we minister to live in a real world, and they need guidance from the Scriptures in all areas of life. Teaching them to pray is essential. But teaching them how to love their spouses or raise their children is essential too. (For the record, I’m also an ordained minister and began preaching in 1973. Ministry of the Word remains a central focus of my life.)

On a practical level, if we will work from this paradigm, using the scale of SMCP. I believe we will keep our priorities straight. (Shall we call it “SMaCuP” – pronounced Smack-Up – for short?),

We are not primarily political in our ministries, but we address political issues as needed. Nor are we primarily cultural in our emphasis, but cultural issues must be addressed because they intersect with our daily life. And a biblical faith without morality is not a real faith, nor can a moral code bring transformation unless it starts with relationship with God.

So, we focus first on the spiritual, then from there the moral, then the cultural, then the political. If we do this, the Lord will be glorified and our people will be equipped.