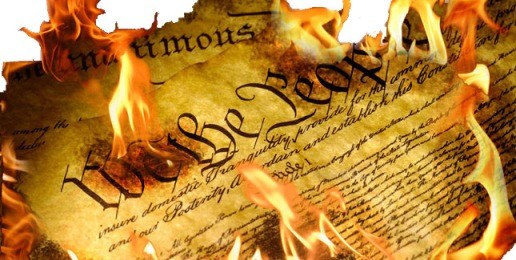 Same-Sex Marriage Is Being Imposed on the Nation by Judicial Decree
11.04.14
PRINT

It is deeply troubling to me to see a repeat of the situation in 1973 when the Supreme Court, by the exercise of raw judicial power apart from any Constitutional or legislative warrant, imposed abortion rights on the entire United States, against the will of the people. That decision remains untouched today, 41 years later.

Here is the history: so far, 31 of the 50 states have actually voted to amend their state constitutions to define marriage as only between one man and one woman. In only 3 states, the votes in statewide referendums have gone the other way (Washington, Minnesota, and Maine), and in 10 additional states the legislatures have approved same-sex marriage (Connecticut, Delaware, Hawaii, Illinois, Maryland, New Hampshire, New Jersey, Rhode Island, Vermont, New York).

But the votes of the people in the 31 states, and their constitutional amendments, are now being struck down with the stroke of a pen by judges in one state after another.

Here’s how it happens:

(2) Then these decisions are appealed to a Court of Appeals. It is these Courts of Appeals that have been issuing decisions that overturn state constitutional amendments and impose same-sex marriage on the states, against the will of the people in those states. These decisions of the Courts of Appeals can then be appealed to the Supreme Court, but if it refuses to take the case (as it did five times on October 6), then the decision of the Court of Appeals stands as final law in that judicial circuit, covering several states.

Consequences: the most immediate consequence has been a significant increase in challenges to religious freedom. Last week the mayor of Houston sent subpoenas to several Houston area pastors demanding that they turn over the manuscripts from all their sermons and sermon notes related to homosexuality and gender identity. This is an astounding violation of religious freedom — a city demanding that it be able to inspect (and, presumably, issue legal penalties against) sermons that pastors preach from the pulpit. Such an egregious violation of religious liberty has never before happened in American history, as far as I am aware.

And this week two ordained pastors in Coeur d’Alene, Idaho, Pentecostals who are ordained with the International Church of the Foursquare Gospel, have been told by the city that they must begin performing same-sex weddings or face fines of up to $1000 and jail time – presumably for each time they refuse!

My expectation is this is just a hint of things to come for evangelicals who for conscience’ sake do not feel, before God, that they are morally justified in blessing a same-sex union as “marriage.” So will they have to violate their consciences or go to jail? That is the chilling threat.

Another consequence: I expect that now teachers in public schools will be legally required to teach that homosexual relationships are morally positive choice, one possible “good” choice even for elementary school children. Coming at a time when children’s individual sense of gender identity is in formation, this will result in much gender confusion among children – and, I expect, a significant increase in homosexual activity among adolescents. And what will the millions of evangelical Christians and devout Roman Catholics who now teach in public schools do? Will they be forced to teach as ethically good something that their deeply held moral and religious beliefs proclaim to be ethically wrong? Will they be forced to violate their conscience or abandon their teaching careers?

Another consequence: damage to future generations because of the loss of a societal preference for relationships in which children have both a father and mother. (When a same-sex couple adopts a child, that child is then legally separated forever from either its biological father or its biological mother.)

Another consequence: If we believe that disobedience to God’s moral laws always has negative consequences in people’s lives, then I think we must also expect that there will be significant harm in the lives of those people who engage in a homosexual lifestyle. If we love them, as God’s Word commands us to do, then we should also be grieved at the harmful consequences in their lives that will inevitably follow from their behavior.

Elections matter: When Christians tell me that elections don’t matter much, that God’s work will go on the matter what kind of government we have, I don’t think they have any idea of how oppressive government can become when its leaders are “those who decree iniquitous decrees, and the writers who keep writing oppression” (Isaiah 10:1 ESV). In my opinion, this verse surely applies to the judges who impose abortion rights on the whole nation in 1973, and it also applies to the judges who are imposing same-sex marriage on the entire nation in 2014.

And these decisions are the direct result of the election of President Obama in 2008 and again in 2012. When President Obama took office, only one of the 13 appellate courts had a majority of Democratic appointees (liberal judges appointed by Democratic presidents such as Carter and Clinton). Now 9 of the 13 appeals courts have Democratic majorities. These are the liberal courts that have been imposing same-sex marriage on large sections of the nation, against the will of the people in many states. This is a direct result of the 2008 and 2012 elections.

President Obama has now appointed 53 of the 179 appellate court judges in the United States (Edward Whelan, “The Senate and the Courts,” in The Weekly Standard, Sept. 29, 2014, p. 17), and those appellate courts have vast influence (99.9% of their cases are never taken up on appeal by the Supreme Court, but stand as settled law). ​​

I am asking Christians to pray for the outcome of the crucial elections on November 4, especially for the elections of members of the U.S. Senate, because the Senate has to approve all judicial nominations from the president. And please be sure to vote, and to help in any other way you can. This election will also have significant consequences for the nation.