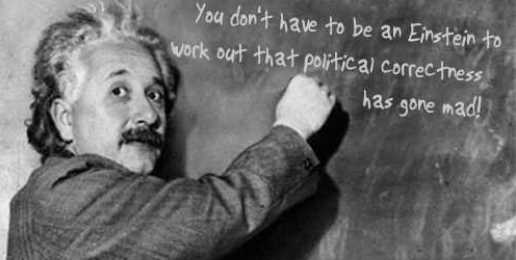 When asked about “out and proud” football player Michael Sam, the former NFL coach said he would not have drafted Sam had he still been coaching. “I wouldn’t have [drafted] him,” said Dungy. “Not because I don’t believe Michael Sam should have a chance to play, but I wouldn’t want to deal with all of it.  It’s not going to be totally smooth … things will happen.”

For this comment, ESPN commentator Keith Olbermann named Dungy the “Worst Person in the World” on Monday night. Condemnations of Dungy came from all over.

This is where the “progressive” movement is. If you hold a view that is not in agreement with theirs, you are to be demonized by them, the progressives, who, ironically, don’t believe in demons.

Why do they do this? Because they, the progressives, consider themselves morally superior to those of us who hold traditional values even though, again, ironically, progressives don’t believe in moral values unless they define them. They moralize against those who promote morality.

It is for high taxation and government control and regulation of almost everything. It wants people depending on government so they can be controlled. It believes government debt is good. It is against our constitutional Bill of Rights, in particular the First and Second Amendments. It is for abortion on demand even through nine months of pregnancy. It wants to downgrade the American military. It rejects the idea that Western civilization is superior to other civilizations. And it most certainly is for promoting the gay, lesbian, bisexual and transgender movement and punishing people who dare speak against it.

Basically, what I have just described is the platform of the modern-day Democratic Party and the philosophy/agenda of much of the New York/Washington, DC, liberal media, Hollywood and most university campuses. When Barack Obama said he wanted to “fundamentally transform” America, what he was saying to his fellow hardcore progressives was: “I’ve got the wrecking ball ready.”

Sexually, God made man for woman and woman for man. It’s obvious. It’s natural. Progressives can’t stand this. So they are always trying to equate homosexuality with heterosexuality or elevate homosexuality over heterosexuality. When someone like Dungy makes a comment that can in any way be seen as challenging this narrative, then progressives believe that person must be immediately discredited or publicly shamed – no matter the truth of what he is saying.

By the way, having been a sports reporter for a few years I’ve been in many football locker rooms where the players walk around naked or half-naked, changing clothes and going in and out of the showers. Putting a man like Sam, who says he is sexually attracted to men, in with all that beefcake seems unfair to the straight players and a distraction to Sam. Would you put a heterosexual man in the locker room/showers with all the female cheerleaders? Would you tell the girl cheerleaders who objected to this man being in the locker room that they needed to end their bigoted and sexist attitude and treat the man with respect?

Tony Dungy will probably survive being the “worst person in the world.” But the fact that he is in the crosshairs of the PC Gestapo over this comment is chilling to free speech and free thinking.

It’s ironic that the people who now scream the loudest about tolerance have become the least tolerant among us.

The Smearing of Doug Wilson
b
a
x
r