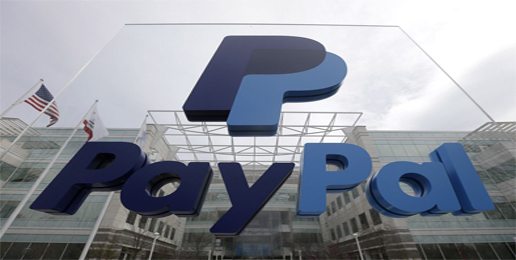 In an act of extraordinary hypocrisy, PayPal, which last month announced its plans to expand into Cuba, has decided not to expand into North Carolina because the state is determined to keep its public bathrooms and locker rooms safe.

PayPal has now sent a loud and clear message to America: The common sense values of conservative Americans should be scorned; the destructive values of Cuban Communists, including decades of human rights abuses that continue to this hour, should be embraced.

I say it’s time to send a message to PayPal. Perhaps we can communicate most clearly to them through our money?

According to PayPal’s president and CEO, Dan Schulman, North Carolina’s HB2 is a violation of his company’s “deepest values.”

As he explained in a written statement, “This decision [not to open new offices in Charlotte] reflects PayPal’s deepest values and our strong belief that every person has the right to be treated equally, and with dignity and respect. These principles of fairness, inclusion and equality are at the heart of everything we seek to achieve and stand for as a company. And they compel us to take action to oppose discrimination.”

Schulman’s statement is not just dripping with hypocrisy. It is absolutely saturated with it.

First, PayPal made its plans to open new offices in Charlotte many months before the Charlotte bathroom bill was passed in February (and subsequently overturned). In other words, six months ago or one year ago, when all the laws were exactly as they are today, PayPal was quite happy to do business in Charlotte.

HB2 simply reversed a wrong-headed, potentially dangerous bill and put things back exactly as they were two months ago.

This begs the question: If the current law, which is identical with previous statutes, is so bad, why was PayPal so eager to do business in Charlotte before? Why is today different from one year ago? And who was stopping PayPal from setting up whatever standards it wanted in its own buildings and among its own employees?

Second, HB2 ensures that men cannot use women’s bathrooms and locker rooms in public buildings, meaning that heterosexual predators cannot use transgender bathroom access as a means to carry out their own voyeuristic (or worse) acts. (For those who deny that such things take place, please take a few minutes to watch this video.)

In short, because of HB2, a man cannot claim to be a woman and walk into the women’s locker room of the local YMCA where women and girls are showering and changing. Yet PayPal wants to defend the “rights” of the gender-confused male rather than protect more than 99% of the population that does not identify as transgender.

What kind of madness is this?

And what about the rights of the all-too-many female rape victims, some of whom have expressed horror at the thought that biological males who identify as females could share their bathrooms or, even worse, locker rooms and shower stalls? (Stop and think about the insanity of all this. How can this even be an issue?)

Mr. Schulman, I urge you to take a minute to read this article, “A Rape Survivor Speaks Out About Transgender Bathrooms.” Then come back and tell me that you are really concerned about treating everyone equally with dignity and respect. In fact, look this rape victim in the face and tell her.

Third, HB2 protects the Constitutional liberties of the people of North Carolina by not forcing a Muslim or Christian or Mormon or Jew to violate his or her religious convictions.

What could be more basic than this? And would anyone dare argue that when our Founding Fathers guaranteed our religious liberties in the very first amendment of the Bill of Rights, what they really meant was, “Your liberties are guaranteed unless they come in conflict with homosexual activism”? Really!

This further underscores the extreme hypocrisy of PayPal, along with quite a few other major American companies, since they express their righteous indignation against HB2 while announcing their partnership with countries like Cuba.

How, pray tell, does Cuba treat its LGBT population?

And what of PayPal’s working relationship with many countries in Africa and Asia that forbid homosexual practice and imprison or even execute practicing homosexuals?

It seems that what really matters to PayPal is money and political correctness, and while we can’t stop them from acting hypocritically, we can send a message by directing our business elsewhere. Why not send a PayPal a loud and clear message by taking action with your money today?

The safety and security of our women and children and the protection of our most fundamental liberties will not be scorned without consequence.

This article was originally posted at TheStream.org.