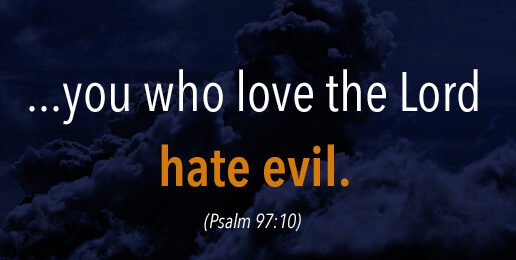 The big news of the week has been confirmed by Chief Justice John Roberts. The U.S. Supreme Court is poised to overturn Roe v. Wade in the very near future, possibly by the end of June. In a news release from the High Court, however, they were careful to point out that, although the leaked draft opinion by Justice Samuel Alito is authentic, “it does not represent a decision by the Court or the final position of any member on the issues in the case.” In other words, the ruling is not official yet.

If it becomes official, it will be an enormous victory for the sanctity of human life in America. Repealing Roe is what pro-lifers have marched, prayed, worked, and voted for since 1973.

We are relieved to know that many states will restrict or completely outlaw abortion, thereby saving untold number of women and unborn babies from becoming victims. Yet, it’s sobering to realize that states like Illinois, New York, Maryland and California will become abortion destination points for those who are determined to kill their pre-born babies. And seeing women come out in droves screaming about the possibility of losing their right to kill their children is a grave reminder that we are in a spiritual battle.

The work before us continues, especially in Illinois. Our ongoing mission is to educate family members, friends and neighbors on the evils of abortion. We’ll need to continue working to change hearts and minds regarding “bodily autonomy,” the science of when life begins, and, most important, the fact that we are all created in the image and likeness of our Creator.  As such, every human has an intrinsic and inestimable dignity and worth. (Genesis 1:27)

Our culture has drifted away from God and no longer loves or values the things of God. We see proof of that in a birth rate which is disastrously low and abortion rates disastrously high. This disregard for life is also evidenced in the gang violence in our cities and by the skyrocketing suicide and overdose rates plaguing communities throughout the nation.

In response, followers of Jesus Christ must be diligent in praying for the courage, strength, and wisdom to engage the culture forthrightly on the abortion issue. Ironically, this morning, in response to the leaked opinion, U.S. Senator Chuck Schumer (D-NY) spoke dishonestly from the chamber floor to decry the pending decision, claiming that tens of millions of women will lose “bodily autonomy.”

May God forgive us.

We cannot stress the urgency of your fervent prayers this month as our culture once again descends into a season of acrimony. Add to this the fact that we are in an election cycle in which dozens of federal and state legislative seats are in play. There are a number of God-fearing candidates running for office, and our prayers are vitally important.

Appeal to God for His Mercy

For Those in Authority

For the next several weeks, please pray for the political leaders listed below. Pray that they would seek God’s wisdom when they make decisions that affect the people for whom they work. Pray that God would turn their hearts to Himself. (Proverbs 21:1)

This includes praying for Joe Biden, Kamala Harris, J.B. Pritzker, and Julia Stratton and those who serve in these administrations. Pray also for our two U.S. Senators: Dick Durbin and Tammy Duckworth.

In addition, please pray for the following officials:

My son, if you will receive my words
And treasure my commandments within you,
Make your ear attentive to wisdom;
Incline your heart to understanding.
For if you cry out for insight,
And raise your voice for understanding;
If you seek her as silver
And search for her as for hidden treasures;
Then you will understand the fear of the Lord,
And discover the knowledge of God.