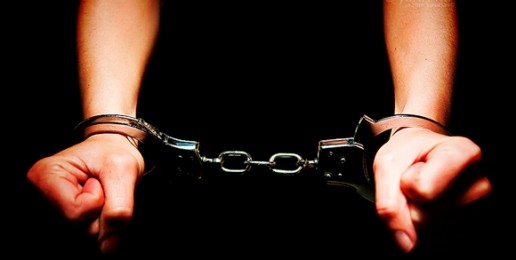 Regular readers have read John Stonestreet and me refer to religious freedom as the “first freedom.” You probably think that’s another way of saying that it’s the most important freedom.

Well, it is. But it’s also the source of all of our freedoms.

In a fantastic address at Cedarville University in Ohio, John quoted the French philosopher Luc Ferry, an atheist, who acknowledged the West’s debt to Christianity.

Ferry wrote that “Christianity was to introduce the notion that humanity was fundamentally identical, that men were equal in dignity—an unprecedented idea at the time, and one to which our world owes its entire democratic inheritance.”

The story that sums up this contribution is what German historians call the “walk to Canossa.” In 1077, the Holy Roman Emperor Henry IV traveled from Speyer, Germany, to Canossa Castle in Northern Italy.

The purpose of his “walk” was to ask Pope Gregory VII to lift his decree of excommunication against Henry. The reason for the decree was an issue that modern minds probably, but wrongly, find arcane: investiture, that is, who gets to select the bishops in a given territory, the Crown or the Church?

Pope Gregory insisted that it was the Church. Henry had insisted it was the Crown, or as we would put it, the State. As Wikipedia puts it, Henry came to realize that his position was “precarious.” So he sought an audience with the Pope. Upon entering Italy he put on a hairshirt and may have walked much of the way as a sign of penitence.

As if to show Henry who was the boss, the Pope kept him waiting three days while a blizzard raged, which is why Italians, who seldom miss an opportunity to tweak the Germans, call it the “humiliation at Canossa.”

The significance of this story goes far beyond medieval power politics. In his book, “The Origins of Political Order,” political scientist Francis Fukuyama argues that, at Canossa, the West gained the idea of an autonomous sphere of authority that could check a ruler’s ambitions.

Stated differently, without Canossa there is no Magna Carta, no parliaments, and thus, no freedom as we understand that word in the West.

What’s more, this sphere of authority leaned heavily on law as a source of legitimacy. This, Fukuyama argues, was crucial in the development of the rule of law in the West. When secular authorities enacted their own laws and established institutions, they were imitating the Church.

And all of this was only possible because the Church insisted that secular rulers had no authority in the spiritual realm.

A thousand-plus years later, secular rulers are once again trying to assert their authority over spiritual matters: From the HHS mandate to whether bakers have to bake a wedding cake for a same-sex wedding ceremony.

Folks, it’s up to us to remind our neighbors that a state that can trample religious freedom is strong enough to put all of our freedoms at risk.

That’s why I really want you to hear John Stonestreet’s powerful, knock-out speech on religious freedom. Please, please, come to BreakPoint.org and click on this commentary. We’ll link you to it. You need to hear it—John lays out what’s at stake in the battle over religious freedom, and how by defending that freedom, we are defending all our freedoms, and the freedom of all.