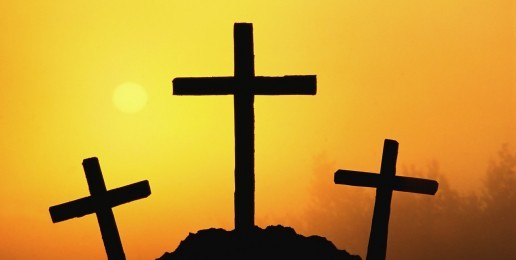 Scripture teaches in Genesis that when God created man in His image, He created us male and female. The implication is that God’s character spans the full spectrum of masculine and feminine qualities. This attribute is also revealed in the person of Jesus, born as a male, but manifesting both masculinity and femininity in His actions. When exhibiting feminine qualities, Jesus was more nurturing and relationship-oriented than any woman. When exhibiting masculinity, Jesus was more forceful and results-oriented than any man.

Unfortunately, the modern American church, along with the majority of its leaders, has rejected masculinity in favor of an effeminate Christianity. Too many (though by no means all) of today’s pastors, priests, deacons and elders shrink timidly from the challenge of the world, more interested in decorating the interior of their church buildings than in doing cultural and political battle with the enemies of God. Ravening lions rage unchecked throughout the land, while church leaders hold potlucks and retreats.

Where is the masculine Jesus of the Bible in the life of today’s church? The Jesus who threw down the tables of the moneychangers and drove them out of the temple with a whip? The Jesus who faced down and tamed the Gerasene demoniac? The Jesus who, to their faces, excoriated the cultural and political leaders of the day as a “brood of vipers,” and “whitewashed sepulchers full of dead men’s bones?” This masculine Jesus has been ejected from the American church. In His place is a false and emasculated Christ, as submissive and fearful of controversy as the men who now lead His flock.

Brethren, this is not an attack on femininity. If anything, the church should be commended for its appreciation for and fulfillment of the feminine aspects of its role. The vital compassion-based ministries — feeding the hungry, clothing the naked and soothing the broken-hearted — are prospering today. These ministries are very much a reflection of the feminine side of Christ’s complete personality.

Instead, this is vigorous rebuke to both women and men within the church who reject the masculine side of Christianity and have thus abandoned those outside our “church families,” leaving them to fend for themselves against the forces of evil in the world. This is a rebuke to male church leaders, who channel their masculine competitiveness into sports contests in church gymnasiums instead of contending for influence over the community outside the church walls. This is a rebuke to those pastors’ wives who keep their shepherd husbands safely close to the flock when they should be sometimes out hunting the bears and wolves.

Masculine Christianity fights to champion what is right and to defeat evil. It is the applied force for good against which the gates of hell cannot prevail. It is an embodiment of the spirit of conquest in which the Great Commission was given. It is the unyielding determination to prevail against all odds and at any cost to achieve a righteous goal — even unto death on a cross. Masculine Christianity is the engine of revival: prophetic, expansionist, uncompromising.

In biblical history, the greatest heroes of the faith exemplified masculine Christianity. Abraham did not sit idly by when his nephew Lot was captured by the four kings. He armed his servants and went out to rescue him by force. Moses faced down Pharaoh in a series of aggressive confrontations. David fearlessly challenged and defeated Goliath and then cut off his head as a trophy of battle. God blessed these righteous men and backed their righteous deeds with His power.

Josiah is honored in Scripture as one of the most righteous of all the kings for banishing the “perverted persons” from the land and destroying the foreign idols. Joshua and Caleb were the only men of their generation allowed to enter the promised land because, out of all the Israelite spies sent into Canaan, they alone called for immediate invasion of Canaan when the others backed away out of fear. John the Baptist, who boldly and publicly rebuked Herod for his sexual immorality, was praised by Jesus Himself. Jesus said that among men there was none greater than John.

The defining characteristic of each of these examples is the conquest of evil by God’s people– mostly men. Masculinity is by no means the exclusive domain of men, but it naturally has greater appeal to men in the same way that feminine ministries of the church appeal more to women. Indeed, this explains why the majority of church members today are women or married couples in which the husband attends church at the request of the wife. Where are the men of this generation? Though some are in church, they are significantly outnumbered by women, and they tend to be the least active members of the congregation. Is it any wonder in the light of the de-emphasis of masculinity by the church?

The church and this nation cry out for a revival of masculine Christianity, which is to say that we church leaders need to stop being such, for lack of a better word, sissies when it comes to social and political issues. We need to spend as much time confronting perpetrators as we do comforting victims. We need to do less fretting and more fighting for righteousness. For every motherly, feminine ministry of the church such as a Crisis Pregnancy Center or ex-gay support group, we need a battle-hardened, take-it-to-the-enemy masculine ministry like Operation Rescue (questions of civil disobedience aside). For every God-hating radical in government, academia and media we need a bold, no-nonsense, truth-telling Christian counterpart: trained, equipped and endorsed by the local church.

These are not easy words to hear for those in authority in the church today, but I offer no apology for saying them, because this is the hard truth that all of us must confront. We are on the brink of utter defeat by our cultural adversaries and the church is only now beginning to wake up to the consequences of our erstwhile passivity. We are rapidly nearing a point in time when even a strong call to action, were it to be heard from every one of America’s pulpits, would be insufficient to resolve our nation’s moral crisis. There comes a point of no return in every declining culture.

I imagine us Christians as reclusive householders in an Old Testament walled city. A few of us have stepped out onto the street, confused and dazed, to find our city overrun by enemy soldiers with more coming over the walls. Buildings are burning, the watchmen are falling back under an incredible onslaught, and most of our warriors are still sleeping soundly. We have reached that split-second of decision in which we must choose whether to rush forward into battle on the chance that we can defeat the invaders, or to surrender and look on in resignation as our children are marched off into slavery in a foreign land.