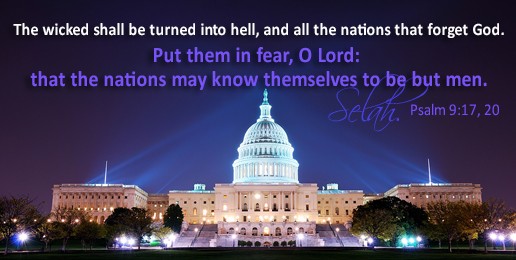 Many people have made the comment to me over the last several years that they worry that America is not merely a post-Christian nation but one that seems to be shaking its collective fist at God with our political policies and cultural decay.

American society has been characterized as post-Christian, post-modern (truth is up to each individual), post-racial, and post-gender. We are said to be a sex-saturated culture, a culture of narcissism, a culture of death, a culture of war, a culture of ignorance, an obese lazy culture, and even a culture of weaklings or wimps.  Many, if not all of these seem to fit us at times. One can add to this list, a growing a culture of secularism.

A massive new Pew Research Center poll of more than 35,000 Americans finds that religion is in decline in America, particularly Christianity while atheism, nothingness or religious unaffiliation are on the rise.  Here are some of the findings and observations I pulled from the 2014 Religious Landscape Study, which is a follow-up from their 2007 study.  It not only reveals a decline in Christianity in America, but how weakly Christianity is or was embraced among many in the first place.  I have underlined a few key points as well.

To be sure, the United States remains home to more Christians than any other country in the world, and a large majority of Americans – roughly seven-in-ten – continue to identify with some branch of the Christian faith. But the major new survey of more than 35,000 Americans by the Pew Research Center finds that the percentage of adults (ages 18 and older) who describe themselves as Christians has dropped by nearly eight percentage points in just seven years, from 78.4% in an equally massive Pew Research survey in 2007 to 70.6% in 2014. Over the same period, the percentage of Americans who are religiously unaffiliated – describing themselves as atheist, agnostic or “nothing in particular” – has jumped more than six points.

The drop in the Christian share of the population has been driven mainly by declines among mainline Protestants and Catholics.  The evangelical Protestant share of the U.S. population also has dipped, but at a slower rate, falling by about one percentage point since 2007.

Religious intermarriage also appears to be on the rise: Among Americans who have gotten married since 2010, nearly four-in-ten (39%) report that they are in religiously mixed marriages,

In 2007, there were 227 million adults in the United States, and a little more than 78% of them – or roughly 178 million – identified as Christians. Between 2007 and 2014, the overall size of the U.S. adult population grew by about 18 million people, to nearly 245 million. But the share of adults who identify as Christians fell to just under 71%, or approximately 173 million Americans, a net decline of about 5 million.

One of the most important factors in the declining share of Christians and the growth of the “nones” is generational replacement.  As the Millennial generation enters adulthood, its members display much lower levels of religious affiliation, including less connection with Christian churches, than older generations.

However, generational replacement is by no means the only reason that religious “nones” are growing and Christians are declining. In addition, people in older generations are increasingly disavowing association with organized religion. About a third of older Millennials (adults currently in their late 20s and early 30s) now say they have no religion, up nine percentage points among this cohort since 2007,

As the shifting religious profiles of these generational cohorts suggest, switching religion is a common occurrence in the United States.

By a wide margin, religious “nones” have experienced larger gains through religious switching than any other group. Nearly one-in-five U.S. adults (18%) were raised in a religious faith and now identify with no religion. Some switching also has occurred in the other direction: 9% of American adults say they were raised with no religious affiliation, and almost half of them (4.3% of all U.S. adults) now identify with some religion. But for every person who has joined a religion after having been raised unaffiliated, there are more than four people who have become religious “nones” after having been raised in some religion. This 1:4 ratio is an important factor in the growth of the unaffiliated population.

There are many “take-aways” from this study for church leaders across America, not all of which are negative.  Knowing these changes also presents great opportunities for churches.   It is as easy to blame churches today, as it is politicians.  One finding I did not include was that in the last seven years, two similarly conservative denominations, ones that are often targeted for their strong moral stands, the Southern Baptists and Assemblies of God, did not experience the declines that others did.  That countercultural success is somewhat contrary to what I would call the relevancy or seeker movement in many evangelical circles that sometimes seem to value being hip and appealing, over instilling deep faith and strong traditional theology.

Micah Clark
In 1989 Micah Clark graduated from Southwest Baptist University in Bolivar, Missouri with a bachelor’s degree in Political Science. Micah interned as a member of the Indiana House of Representatives’...
Full bio and more from Micah Clark