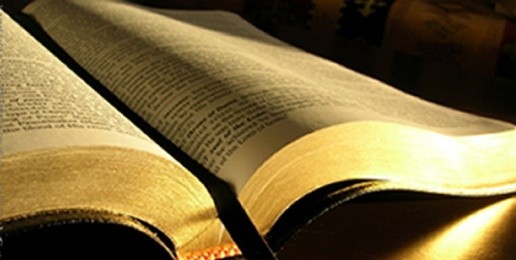 The speed with which same-sex “marriage” has been both accepted and then promoted in American culture has surprised even its proponents.  It shouldn’t have surprised us at all.  Rather, when we consider the weakness of the churches’ spiritual backbone it is actually surprising that it took this long.

The majority of Americans claim only a nominal relationship to God and religion, and the Scriptures make it clear that only those who are born of the Spirit understand spiritual principles.  Those who do not know Christ as Savior have no reason to take a stand for any biblical principle, and they certainly have no appetite for the tidal wave of animosity that the same-sex juggernaut has launched against the traditional morality that once characterized America and those who still profess it.

It should come as no surprise that the culture’s opposition to same-sex “marriage” evaporated so quickly.  The world is in rebellion against God and His Word, and its rebellion is only exacerbated by the reality that many of God’s people no longer respect His Word.  Seeking a message palatable to the world, (never an objective of God) has brought churches into direct conflict with the Word of God.  The world is merely following in the churches’ steps.

The origins of America’s moral collapse can be traced directly to the moral collapse of the churches.  Someone once noted regarding corruption in the church, “If gold rust, what shall iron do?” It is no secret that America’s churches in general are careless regarding sin.  Whereas God states His unequivocal hatred for divorce, most pastors and churches rarely if ever address the subject.  While Paul notes in his  epistles that a pastor must be a “one-woman man,” it is now quite common for a pastor who violates his marriage vows to face few if any sanctions and he often goes on to minister as if nothing happened.

Churches have largely adopted the world’s views on materialism, pleasure, music and even sexuality.  To a large extent the church has adopted the world’s contention that happiness is the goal of life.  Many American Christians live as though this world is all there is, and, sadly a vast number of our spiritual leaders are leading the charge! It has been reported that during large ministers’ conventions the hosting hotels see an uptick in the use of pornographic cable channels.

When King David sinned in the matter of Bathsheba and Uriah, Nathan the prophet rebuked him saying, “Why have you despised the commandment of God?”  The grave sin underlying David’s adultery and murder, the fundamental crime of the king was not the adultery and murder, but his careless disregard for God’s Word!  He thumbed his nose at God! When today’s spiritual leaders soft pedal biblical texts that offend current “sensibilities,” or refer to the opening chapters of Genesis as “myths,” are they not despising God’s Word?

God repeatedly calls His church to purity, but the church is selling its soul for pleasure.  While Christ and the New Testament writers warned that those who lived for Christ could expect persecution, church leadership across the nation, and most notably pastors of so-called “mega-churches” and “seeker-friendly” churches offer a message designed to attract the unregenerate, and is thus free of any demands for holiness.  Paul wrote in I Corinthians that “the natural man receives not the things of the Spirit, neither can he know them for they are spiritually discerned.”  These churches and pastors offer a message acceptable to the world, which James reminds us is in fact at war with God!  He calls this pandering to the world “adultery.” Fear of “offending” the lost has become the determining factor in many churches’ message and  methodology.  How few there are who fear offending God!

The problem is not just that large numbers of Christians have failed in their marriages, in their child-rearing responsibilities, or in other areas of integrity.  It is that we have failed in our fidelity to Christ and His Word!  These specific failures demonstrate that we have despised God’s Word!  And, if we who claim to belong to God despise His Word and thus His Law, why are we surprised that the world, with glee, disregards God’s Word as well and everything we say, especially anything that even hints of God’s holiness?  In simple terms: why should the world believe God’s Word when we don’t?

America’s restoration, if it is to come, will come not when the world yields to God’s authority, but,  by God’s grace, when His people, His churches, His pastors yield unquestionably to His Word, His Law, and His holiness!  Christians can expect no mighty work of God so long as we trample under foot His clear demands for holy, godly living.