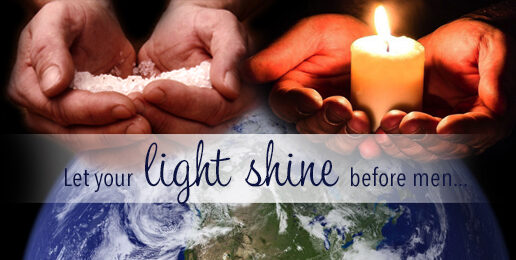 For those skeptical about what Christians have been saying would happen if the nation continued mocking God and Christianity, are you still doubting? Do I have to point out the horrific violence and hatred spewing forth from across the cultural and political spectrums? Do I need to draw your attention to the dishonesty and deception which now characterize so many in the Media, government, education and the Arts?

I grew up in a day when over 90 percent of Americans at least claimed to be “Christian” and were cognizant of a day of judgment coming when they would answer to God. A man’s word was his bond, and a liar was held in true contempt. You could shake hands on a bargain and no one worried that the other person would renege on his agreement. How quickly we have devolved into chaos, violence and fear. One would think that everyone would have foreseen that such would happen to a nation that decided, against all evidence and wisdom, that there is no God, no Truth and no “right and wrong.”

I met a gentleman from Japan many years ago, and upon my asking him why he came to America he responded, “I came to find Christianity. It is the religion of love, so it must be the right religion.” He was correct, but in spite of that many Americans have turned against it and God.

What are we to do?

First: If you don’t have a personal relationship with God seek Him now! The Bible says, “If we confess our sins He is faithful and just to forgive us our sins and to cleanse us from all unrighteousness,” and “Seek the Lord while He may be found. Call upon Him while He is near.”

Second: If you are a born-again Christian who has ignored God, return to Him immediately. He is not far from those who seek Him! Remember Christ’s promise, “Seek ye first the Kingdom of God and His righteousness and all these things will be added unto you.” So. . . Seek Him First!

Third: If you are a pastor or spiritual leader who has compromised the Truth to gain a following or grow your ministry, repent of your sin and obey Him explicitly. While it is always wrong to compromise Truth, now more than ever the world needs God’s unvarnished Truth. To fail with the Truth is a failure to love God and the lost. “To whom much is given, much shall be required.”

Fourth: Worship God in all you do. Worship is not a “feeling” one gets when the lights are just so, and the music provides a mood. Worship is acknowledging God’s awesome holiness, righteousness, and infinite superiority to us fallen creatures. It is submitting to and serving Him above all others, doing everything as He wants us to. He is LORD and Master! “We are His people and the sheep of His pasture.”

Fifth: Remember that in spite of our failures He loves us with a strong and abiding love. This fact does not permit us to disobey Him, but rather, as Paul says ought to lead us all to repentance and to forsake sin which is so offensive to Him! “What shall we say then? Shall we continue in sin that grace may abound? God forbid!” He, as Father, delights to forgive and will when repentance is genuine.

Sixth: Trust Him. There are few pleasures in life greater for a father than to have a child nestling on his shoulder, totally entrusting himself to his daddy’s care. So it is with our Heavenly Father. It pleases Him greatly when we let go of all other things and just trust Him. He is Creator and the keeper of our souls and our destinies. When we trust Him fully, He gives us the “peace that passes all understanding.”

We do not know what the immediate future holds. America is at a place it has probably never been before; and it seems many of our political, cultural and even some religious leaders are seeking to drive us as far into lawlessness and wickedness as is possible. Only God knows whether there is yet a good future for this great Nation. However, He sits on the throne of the universe and will make all things right one day.

In the mean-time, Christ told us that we are “the salt of the earth, and the light of the world.” Let us get busy salting and lighting up the darkness that is present day America! I suggest we especially reach out to young Americans, so many of whom have been badly misinformed and miseducated about God and their Country and now find themselves almost hopeless.

Be bold! Be confident! “Greater is He who is in you than he who is in the world!”