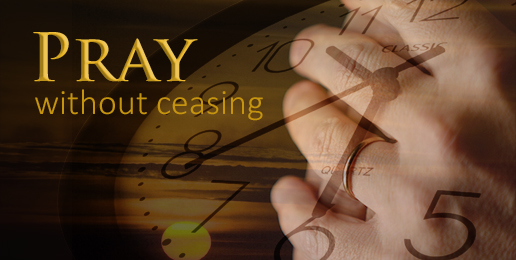 I love America, and I expect you do as well. We love it for the liberties it embraced, for the goodness it sought, for its generosity to a world of sufferers everywhere, for its founding upon biblical principles. We love it in spite of its failures, just as we love our family and friends in spite of their failures, because Americans have labored so relentlessly and invested so much to correct its flaws.

But, those who know history see the path our beloved nation is on and note that we’ve seen this before. Every nation has a life-cycle, and eventually reaches its end. But, must it end this way for America, too? Are we on an unalterable slide into the “dustbin” of history? Has God turned His face from us forever? The question for those of us who love and honor the God of history is to ask what He seeks from us? Is He finished with America or not?

As dark as things appear to be it is still too early to know the answer. For those who trust God, this is no time for pessimism or despair. Neither should we try to decipher biblical prophecy in order to apply it to our case.

So, how should we pray? Some demand that Christians call on God to judge America for its sins of abortion and immorality. But, are we more just than God? Are we wiser than He? Is mercy unavailable for America?

It is God’s great grace and infinite mercy that compels me to answer with a resounding “NO!”

I do not know what God has in store for America, but this I do know. He is THE GOD OF MERCY, and He delights in turning away His wrath! The general disposition of His heart will be to show mercy, and to temper His judgment with grace. It is for us to bring our own hearts to the place where God would be pleased to show mercy, and to encourage others to do the same. If God is to withhold judgment on America, it is most likely to occur when and if the nation bends its knees in humility and repentance. For this we can pray. For this we must pray.

II Chronicles 7:14 lays out God’s allotted steps for revival. Yes, He was speaking to the theocracy of Israel, so there is no promise that should America follow this prescription God will relent of the judgment due us. However, should those who are “His people” transparently repent and seek His face, it may bring the nation closer to the condition where God would be willing to shower His grace.

While Sodom and Gomorrah were “exceedingly” wicked cities, God, in His mercy, agreed to spare them if only 10 righteous were found in them. Has His mercy changed? Does He regard Americans less? Consider King David’s assessment of God’s heart in Psalm 51 after being confronted for his immorality and murder in the affair of Bathsheba. Of God he said, “A broken and a contrite heart. . . You will not despise.” It may be that the ingredients in saints’ prayers across America which are necessary for deliverance are brokenness and heartfelt contrition.

For those who see the nation’s trend toward godlessness as a sign of the End Times and thus irreversible, let us not forget that God is sovereign over all. “The king’s heart is in the hand of the Lord, as rivers of water: He turns it wherever He will,” Proverbs 21:1. God’s judgment, while being justified, is not necessarily imminent!

As Christians we must be active in speaking against the wicked course upon which America has embarked. We must call for the election of good, moral and even godly leaders. We ought to form a bulwark against the onslaught of evil promoted by the cultural elites of Hollywood, government and the media. But, our first priority in seeking a different future for America is to seek the tender mercies of our Gracious Father in Heaven. Without His favor, other actions will utterly fail, and are, in fact, acts of idolatry and folly.

It may be that the question is not so much how to pray for America, but with what attitude we pray. A good place to begin would be that of a “broken and a contrite heart,” as well as an honest assessment of the desperateness of our plight!

If God does not preserve America from its deserved end, it is certain it will not be preserved. Let us bend the knee before our Holy God and seek His mercy for He alone can save.