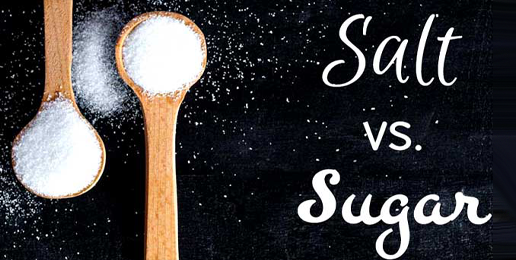 While their sanctimonious and empty proclamations of fealty to inclusivity, love, tolerance, unity, autonomy, freedom, and diversity echo systemically throughout American institutions, leftists reveal their inky underbellies rotted with hypocrisy and depravity when they screech hater and hurl death wishes at Christians who dare to disagree boldly with critical race theory or evil ideas related to sexuality.

Every Christian on the frontlines of the culture war has experienced the voluntary social distancing of brothers and sisters in Christ who don’t want to be tainted by friendship with cultural lepers. We all know the experience of having friends or colleagues either secretly whisper their thanks for our work, or avoid us entirely, or turn against us. There’s no skin in the game for many Christians when the game gets rough. Instead of marching into battle accoutered with the armor of God, they scuttle into their safe havens accoutered with protective platitudes acceptable to God’s enemies.

All those legions of “winsome” Christians holed up in their bunkers hoping no unbelieving colleague learns they disapprove of homosexuality get the vapors if a brother or sister in Christ calls a pro-choicer a child-sacrifice celebrant or a homosexual teacher who ideologically grooms kindergartners a pervert.

A couple of years ago, I wrote an article about the superintendent of a large Illinois high school district who sexually integrated all locker rooms in the five-school district—a decision so wicked that all Christians should have felt enraged.

He was aided and abetted by wealthy Hollywood Matrix director “Lana” Wachowski—a man who pretends to be a woman—homosexuals from outside the district, and a school board member with a vile sexuality podcast for children. In strong language, I wrote about this evil action and the vipers who promoted it.

In response, I received an email from a conservative Christian who identified herself as the “dean of rhetoric” in a “Christian co-school.” She chastised my “language and tone,” saying that she found them “disturbing.” She criticized the “vitriol and loaded language … name calling and hyperbole” and “uncharitable language,” saying it “would never be tolerated” in her rhetoric classes, that she was “disappointed to read” such language, and that she found my “writing style offensive.”

So, a Christian is teaching children that the use of biblical language and tone is sinful even when describing egregious sin.

I asked if she had ever sent an email with as much passion and strong language as the one she sent to me to any of the many political leaders, public school teachers, administrators, or heretical “Christian” leaders who promote sexual deviance to children. No response.

“Much of what “progressives” affirm as good and true seems to be sexual desires that originate in their dark bellies—or what in The Abolition of Man, C.S. Lewis calls the seat of mere animal appetites.

Lewis argues that to protect against domination by our imperious appetites, human emotions must be properly trained:

Without the aid of trained emotions, the intellect is powerless against the animal organism…. The little human animal will not at first have the right responses. It must be trained to feel pleasure, liking, disgust, and hatred at those things which really are pleasant, likeable, disgusting and hateful.

Lewis continues, describing what education should do:

Until quite modern times all teachers and even all men believed the universe to be such that certain emotional reactions on our part could be either congruous or incongruous to it—believed, in fact, that objects did not merely receive, but could merit, our approval or disapproval, our reverence or our contempt. … Aristotle says that the aim of education is to make the pupil like and dislike what he ought.

Yes, there are things—desires, ideas, images, words, and acts—for which we should properly feel hatred. The prophet Amos said, “Hate evil, and love good.” In Romans, Paul teaches us “Let love be genuine. Abhor what is evil; hold fast to what is good.” For love to be genuine or true, we must abhor what is evil.

“Progressives” understand that the emotions must be trained, which is why they use the arts—especially our myth-making machine—Hollywood—and public schools to shape the hearts of America’s children. Tragically, since “progressives” don’t know truth, they’re training America’s children to love evil and hate good.

In our public schools, in our interactions with friends, and in our Facebook posts, we have at our disposal many tools for training emotions, among which are rhetorical tools. The Bible warns that the tongue “is a restless evil, full of deadly poison,” and that “Kind words are like honey—sweet to the soul and healthy for the body.” But such verses do not and cannot possibly mean Christians must never use strong language or sarcasm. We know that because the Bible includes numerous examples of the use of strong language and mockery.

Amos called women fat “cows” and warned that God would take them away by harpoons or fishhooks. Imagine how today’s evanjellyfishes would feel if a Christian were to use that biblical language.

“Woe to you, teachers of the law and Pharisees, you hypocrites! … You travel over land and sea to win a single convert, and when he becomes one, you make him twice as much a son of hell as you are.”

“You snakes! You brood of vipers! How will you escape being condemned to hell?”

Paul said this about sinners,

“Their throat is an open grave;
they use their tongues to deceive;”
“The venom of asps is under their lips”

In Revelation, those who are not saved are called “dogs.”

Peter describes false teachers—of which we have many in the church today—as “irrational animals … born to be caught and destroyed, blaspheming about matters of which they are ignorant. … They are blots and blemishes. … Accursed children!”

John the Baptist called the multitudes a “brood of vipers.”

If the dean of rhetoric of the Christian co-school thinks calling a top school leader who sexually integrates the locker rooms of 12,000 minor children “depraved,” undermines our witness—as she claimed I did—then logically she must think John the Baptist undermined his witness by calling the multitudes a brood of vipers.

American philosopher and Catholic, Dr. Edward Feser, holds in disdain the unbiblical and unhelpful contemporary perversion of the Christian obligation to love our neighbors:

Niceness. Well, it has its place. But the Christ who angrily overthrew the tables of the moneychangers, who taught a moral code more austere than that of the Pharisees, and who threatened unrepentant sinners with the fiery furnace, wailing, and gnashing of teeth, was not exactly “nice.”

Feser finds fault with the unbiblical notion that “even a great many churchmen seem to have bought into,” which is that “inoffensive ‘niceness’ is somehow the essence of the true Christian, or at least of any Christian worthy of the liberal’s respect.” He argues that in “innumerable vapid sermons one hears about God’s love and acceptance and forgiveness, but never about divine judgment or the moral teachings to which modern people are most resistant—and which, precisely for that reason, they most need to hear expounded and defended.”

Feser argues against church “teachings on sexual morality” that are delivered “half-apologetically, in vague and soft language, and in a manner hedged with endless qualifications”:

Such “niceness” is in no way a part of Christian morality. It is a distortion of the virtues of meekness (which is simply moderation in anger—as opposed to too much or too little anger), and friendliness (which is a matter of exhibiting the right degree of affability necessary for decent social order—as opposed to too little affability or too much).

The Bible does not mandate the kind of “nice,” saccharine language that corrupts the church in America, nor does it prohibit bold, bracing, condemnatory language from which many Christians flee. There is, however, someone who rejoices that so many Christians believe it does.

Please allow me to introduce myself
I’m a man of wealth and taste
I’ve been around for a long, long year
Stole million man’s soul and faith

So, if you meet me
Have some courtesy
Have some sympathy and some taste
Use all your well-learned politesse
Or I’ll lay your soul to waste.

Maybe, just maybe, if every theologically orthodox Christian spoke in biblical tones and language about the perversity and corruption that confront our children every day in their TV shows, picture books, and government schools, and that defile our society, there would be less of it.