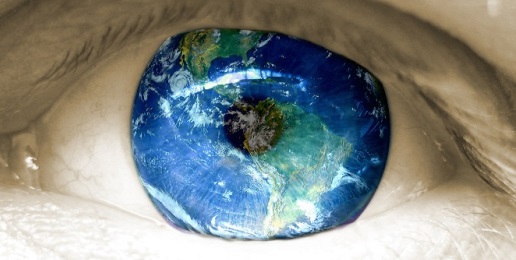 At the University of Illinois “Pride Festival” you can learn:

“…how to use verses from the Bible to debunk the “homosexuality is a sin” message — and how to make downstate Illinois more LGBTQ supportive. [i]”

To make you like them they want to change you and your worldview. Why is changing your worldview so important to them, and to you?

Your very own worldview

Worldview is just a fancy word describing what you’ve learned, the experiences you’ve had, and your future expectations. For example:

You’ve experienced events and learned things in ways that nobody else has. All of what you’ve done, have learned and have come to believe contributes to your own personal worldview.

Tiny changes all of the time

Some worldview changes are innocuous, such as reinforcing your opinion about public transit. Other changes might affect your character or your attitudes about certain people. For example, if you work with profane or coarse people you could, over time, end up changing your speech and sense of humor to “fit in”, seeking their acceptance.

We’re amply warned in the Bible to be continually on guard, for each of us to work out our personal sanctification and be conformed to Christ’s character [ii]. We are quite wary of major snares, like stealing from work or acting coarse to “fit in.” But it can be hard to see un-Christian behaviors and attitudes when they’re baked into the culture.

Marshal McLuhan said that fish can’t know about water because they’re always in it [iii]. They’ve nothing to compare it with. A similar statement can be made for modern culture, that it is hard to see built-in biases and so-called “truths.” For example, examine these popular sentiments:

These seem reasonable and beyond argument. But if you look deep you can see the bias.

Religions just don’t coexist. Certainly not Christianity. Jesus taught that the Kingdom of God is like yeast worked into dough, getting into every corner of society [iv]. We know that all the earth will become subject to Him [v]. A society can’t have Christ-honoring laws and also laws of some other religion. Asking for coexistence is to claim that an even Higher Law exists. That was the sin of Adam [vi].

What is this “middle class?” The middle class is a way of grouping that part of the American populace considered to earn a moderate amount of money. However, the concept of grouping people by “class” comes from Marxism.

In Marxist thought a society supposedly thinks only in terms of class, dividing itself by economics (lower, upper, middle), race or sex. These classes are always at war with each other, each championing itself at the expense of the others. An individual who thinks outside of his or her assigned role is to be reviled. For example, consider the disrespect accorded to Justice Clarence Thomas for his conservative rulings.

Yet classifying people, or class warfare, isn’t what Christ taught us. We know that there is no difference in race or occupation or anything in Christ [vii]. We’re not to favor the rich or the poor when judging [viii]. Perhaps it is time to stop using “class” to describe people.

What is a “fair share” of taxes? Our governments created tax codes that define what to pay. Current law says that wealthy people should pay a higher income tax rate than do poorer people. What’s abused here is “fair”. That means no matter what tax was paid, it’s only fair that the person in question should have paid even more. The Bible’s word for this thought is envy. How dare he be rich and only pay what is required!

Scientists are truth seekers. People who become scientists have hopes, dreams, moral strengths and failings. In short, they are human and not angels. A truthful scientist executes research and reports the results, even when it disproves his or her own theory. A less honest one might skew tests, or invent data to report something more profitable.

Does untruthful research happen? All of the time. Notable examples are:

We can expect that some scientists – with human nature this is inevitable – will produce fraudulent research. Scientists aren’t truthful just because they are scientists. They’ll be truthful only as much as they honor this clearly Christian virtue over a love of fame or money.

How to see invisible biases?

There is no magic formula for finding invisible biases. You’ll see them if you continue accepting God’s sanctifying work in you [xiv]. Be curious in the words you use, or are asked to accept. Measure them against the Bible. You’ll not only be made more like Christ but wiser, able to discern good from evil [xv].

Equip and inform your Christian worldview

That is why IFI is hosting its third annual Worldview Conference with Dr. Frank Turek on February 18th next year.  We want to help equip you and your family with a solid biblical worldview. How do we think about the issues of the day? Do we think clearly and biblically about the issues, or is there something clouding or contaminating our understanding?  Are we buying into lies and distortions of the culture, or are we able to discern fact from fiction, truth from deception?

You might like to study the concept of Bible-based worldviews and what it implies. Here are some sites to start with these links: