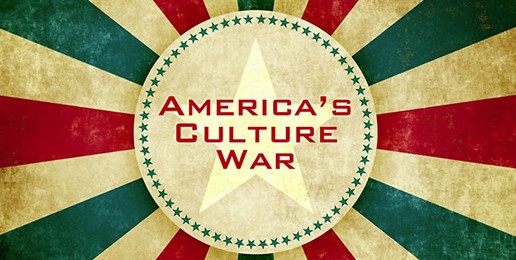 In 1992, Pat Buchanan put the phrase “culture war” on the map with his speech at the 1992 Republican National Convention. Since that time, there’s been a lot of water under the bridge, but — we should be careful to note — it is all the same river.

One of the things you may have noticed lately is that various Christians of various stripes have been trying to put distance between themselves and this culture war. They are “tired” of it. It just seems to go on and on, and what’s the point? Instead of all this, the Church should be focusing its energies on things like furrowed brow concern over climate change — something that will garner applause instead of sneers.

When it comes to the culture wars, I would like to begin by making a distinction between those who are tired from being on the right side, and those who are tired of being on the right side. The former have been faithfully doing their part in these culture wars, which means worshiping God, bringing up kids, providing them with a Christian education, volunteering at the crisis pregnancy center, voting faithfully, composing music, painting beautifully, and so on. If you want a naval war, you have to build ships, and if you want a culture war, you have to build a culture. And whether it is Rome or any other city, it is not done in a day.

But they are doing all this in a fallen world, and some of their fellow “culture warriors” are fools and others are hypocrites, and some of the generals are lunkheads. Some think that everything will be settled if they write shrill and counterproductive blog posts, and it turns out that’s not true. And suppose the staff member responsible for abstinence lectures at the crisis pregnancy center is getting it on with her boyfriend. Okay, that’s a problem. My father-in-law served with honor and distinction in the Pacific theater, and was wounded at Guadalcanal, and yet simply being on the right side did not make it all a matter of Simple Valor. He told me that one time he was up at the headquarters on that embattled island, and one of our generals was trying to function up there while flat out plastered. Couldn’t hit the ground with his hat.

Paul tells us that in a great house there are many different kinds of vessels (2 Tim. 2:20), and the same thing is true of a great army. There are many faithful Christians who have served in just the ways God calls us to serve in times like these. They are tired from serving in the culture wars, tired from betrayals, tired from mismanagement, tired from apparent lack of success, and the only thing they need is a word of encouragement.

“Therefore, my beloved brethren, be ye stedfast, unmoveable, always abounding in the work of the Lord, forasmuch as ye know that your labour is not in vain in the Lord.” (1 Cor. 15:58).

“For God is not unrighteous to forget your work and labour of love, which ye have shewed toward his name, in that ye have ministered to the saints, and do minister” (Heb. 6:10).

But there is the other category, the people who are tired of being on the right side. They are tired of the scorn they receive from the other team, and they have a deep hunger to somehow get in with the cool kids. And because there is absolutely no way to get in with the cool kids so long as you remain in any way in clear opposition to the sexual revolution, they have begun the process of dialing everything way back. What they are doing is looking for the first clear opportunity to go over to the other side. So the word that is necessary to deploy here is not encouragement, but rather repentance. The problem here is not that they object to our opposition to everything going to metaphorical hell in a metaphorical handbasket, but rather that they are acting in such a way that shows they want to go to the actual Hell.

People in this category chide and rebuke the conservative church for having misplaced priorities. Why so combative? Why the polemics? Why the constant us/them construal of everything?

Well, the last I checked, we are still dismembering little children by the million, and doing so in the name of James Madison. And last I checked, quisling black “leaders” were going along with a genocidal targeting of the black future, and all to white hipster golf applause. And God set forth Sodom and Gomorrah as an example to every generation of the vengeance of eternal fire (Jude 7), so that we all might have something to consider before giving way to our lusts. And yet we still live in a time when the secular state, in one of its many paroxysms of tolerance, is demanding that we all give our formal approval of detestable acts. And we also live in a time when the social justice gimmie gimmie graspers have a poorer understanding of property rights than a dog with a chew toy does. I could go on for a long time, for there are many examples.

So to those who are “tired of” all the culture war rhetoric, I have one last point to make.

If North America were one vast pagan empire, and the apostle Paul just arrived here, what would he do first? I quite grant that he would not start by circulating petitions against the gladiatorial games. He would start with the foundations, which would be planting churches, establishing worship around the empire, and teaching Christians to live like Christians in their families and congregations. We are going to judge angels, so let’s start by learning self-government. If the meek will inherit the earth, you don’t start with the inheriting part — you start by learning meekness, which can only be learned through the gospel. So that’s where he would start.

But if one day we got to the point where there were tens of thousands of churches, and millions of Christians, and the gladiatorial games were still going on merrily, and new stadiums were being built every year, then the only possible conclusion would be that the churches in question were diseased.

“Ye are the salt of the earth: but if the salt have lost his savour, wherewith shall it be salted? it is thenceforth good for nothing, but to be cast out, and to be trodden under foot of men” (Matt. 5:13).

This article was originally posted at DougWils.com.

‘This is Not Your Father’s Culture War’

Conservatives and Culture: The Good, The Bad, and the Ugly
b
a
x
r