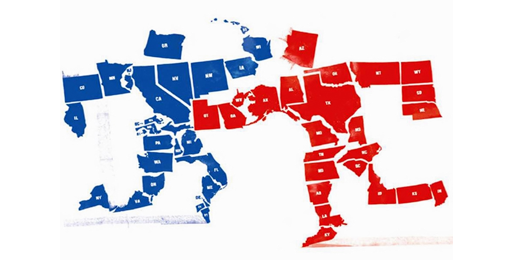 Months before I started alternating between Identity Politics and Paraphilias, incest was featured in one of my articles. At the end of it was this question: “How will society respond when those who practice incest start self-identifying as such and begin clamoring for their ‘rights’?” “Rights” in this context means, among other things, the right to get married, complete tolerance and acceptance by society and for their incestual relationships to be viewed as completely normal.

Earlier this month, the Daily Wire featured a post with this headline and lede:

LOVE WINS: Cosmo Pushes Incest
“This Is What It’s Like to Fall In Love With Your Brother”

Recently, the Illinois Family Institute’s David E. Smith said that “this is no longer your father’s culture war.” Rather, he said, it has “evolved into a debate over identity politics and even common-sense biology. That’s a war we can win.”

Joshua Mitchell, a professor at Georgetown University, backs up Dave’s optimism in a 3500-word article at City Journal titled “The Identity-Politics Death Grip.” He makes many good points – here are just a few excerpts:

Normal politics—liberal politics, classically understood—involves speech, argument, and persuasion, followed by voting on ideas or proposals that can be overturned in the next election cycle. Normal politics presumes that we can rise far enough above our small-group attributes—our race, class, gender, ethnicity, religion—and that we can arrive at a political arrangement that works well enough for us to live together as part of a larger polity until the next election, when we commence the process again. But for the Democrats, absolute certainty has prevailed over normal politics—and the certainty, at bottom, rests on a single idea: identity politics.

Identity politics rejects the model of traditional give-and-take politics, presupposing instead that the most important thing about us is that we are white, black, male, female, straight, gay, and so on. Within the identity-politics world, we do not need to give reasons—identity is its own reason and justification. Because identity politics supposes that we are our identities, politics does not consist in the speech, argument, and persuasion of normal politics but instead, in the calculation of resource redistribution based on identity—what in Democratic parlance is called “social justice.”

“Thoughtful Democrats see that identity politics is a dead end,” Mitchell writes, but the “militants are hunkered down.” Hence, he adds, “the Democratic Party is on life support.”

That doesn’t sound like victory in the culture war to me. Later in the article Mitchell writes:

It may be that the only way that the Democratic Party can rise, Lazarus-like, from its deathbed is if African-Americans call out identity politics as the disaster that it has been—for them and for the country. If the party cannot find a cure for its confusion, it will expire in the paroxysm that identity politics produces.

David Smith also said that today, if you don’t bow to the reality of 63 genders “you’re on the wrong side of history. Yes, really, 63 – Google it.”

If you want to dismiss that kind of foolishness as just plain silly, you might want to read another City Journal article, this one by Seth Barron:

What’s in a Pronoun?
An awful lot, say transgender activists.

The word gender or transgender or gender-free (etc.) shows up 34 times. I challenge you to read it without laughing or rolling your eyes. I’ll close this post with a paragraph from Seth Barron’s article:

A new California law, the Gender Recognition Act, allows people to designate their gender as “nonbinary”—meaning that they “may or may not identify as transgender, may or may not have been born with intersex traits, may or may not use gender-neutral pronouns, and may or may not use more specific terms to describe their genders, such as agender, genderqueer, gender fluid, Two Spirit, bigender, pangender, gender nonconforming, or gender variant.” The Golden State has also required nursing homes and other long-term care facilities to “use a resident’s preferred name or pronouns after being clearly informed of the preferred name or pronouns.”

That’s why Dave Smith is right — this is a war we can win.

Up next: Our next paraphilia of the day.

Conservatives and Culture: The Good, The Bad, and the Ugly

Culture War — Now More Than Ever