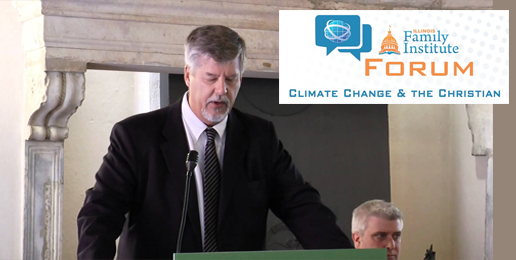 Last year I was at lunch with an evangelist. After the meal, he handed our waitress a Gospel tract. I wanted to reinforce his compassion, so I told the young lady that her relationship with God was the most important thing in the world. She responded, “Yeah, that and global warming!” She proceeded to tell us that she wakes up in fear of what may happen to the earth during her lifetime. I was shocked. I asked her if she was familiar with the old Sunday school song, “He’s Got the Whole World in His Hands.” She said, “Yes.” I told her it was true.

I left that meeting with a deeper awareness of the politics of fear.

First, replace fossil fuels with wind, solar, and other renewables. But as Dr. E. Calvin Beisner (of the Cornwall Alliance for the Stewardship of Creation) explains, abundant, affordable, reliable energy is indispensable to lifting and keeping any society out of poverty, and fossil fuels are and for the foreseeable future will remain our best source of that energy. Wind, solar, and other renewables are diffuse, expensive, and unreliable. Substituting them for fossil fuels makes energy more expensive, thus slowing, stopping, or even reversing the conquest of poverty in the developed world while impoverishing many in the developed world.

Second, slow, stop, and finally reverse population growth. Environmentalists openly advocate reducing the world’s population to 500 million, i.e., getting rid of 9 out of 10 human beings. How? Partly through homosexuality and transgenderism, but also through government-run “family planning” programs that invariably involve highly incentivized and often even forced use of contraceptives, sterilization, and abortion.

Efforts to control population have unintended consequences. For example, from its start in 1979 China’s one-child policy has led to sex-selected abortions, with male births outnumbering female by about 115 to 100, resulting in about 33 million more Chinese men than women. In turn, this has fueled demand for pornography and prostitution, much of which is met by sex-trafficking that has become so bad that the U.S. State Department has named China among the world’s worst offenders.

All of these things led to our inviting Dr. Beisner to speak for our events in April. I was convinced that the climate change debate had to be addressed from a Christian perspective.

Dr. Beisner did an amazing job helping people of faith to understand why this issue is a conservative, pro-life concern. He ably integrated Biblical worldview, theology, and ethics with excellent science and economics to help our audiences understand how climate alarmism threatens family, freedom, and prosperity—and how to respond to it.

As anyone knows who has counseled couples on the verge of divorce, one of the most common causes is financial stress. Poverty harms families. Driving up energy prices increases poverty and so undermines the family.

To that end, it is a very good thing, indeed, that President Donald Trump decided to withdraw from the Paris Accord on climate change.

Learn More:  If you’d like to learn more, Dr. Beisner’s presentation was video-recorded and is now posted on the IFI YouTube channel. This 90-minute presentation will leave you much better informed and with a deeper understanding of why Christians should actively oppose the climate alarmist agenda. You can watch it here below, or click HERE.

Read more about Dr. Beisner and the Cornwall Alliance for the Stewardship of Creation and please visit their blog, EarthRisingBlog.com.